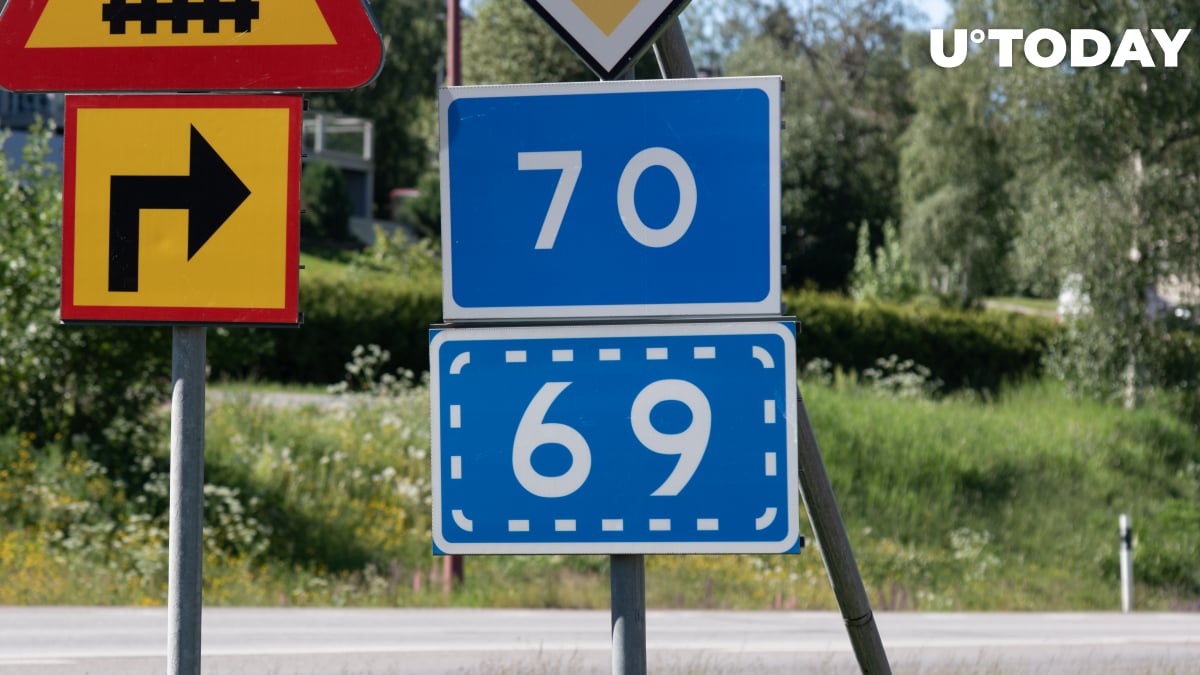 Even though the Bitcoin price is still 4.5% away from reaching the meme-worthy $69,000 level at the time of writing, this is not stopping Tesla CEO Elon Musk from tweeting about the raunchy number.

The eccentric entrepreneur posted a picture of a couple staring at the prices of Bitcoin and Ether from their bed, pushing the two largest coins slightly higher.

As reported by U.Today, Bitcoin peaked just above $67,000 before bulls lost some steam. It is currently changing hands just below $65,000.

Notably, Musk missed the opportunity to mention the $69,420 price tag that could potentially break the internet, according to some crypto influencers.

The number 420 is now commonly associated with Tesla after its boss tweeted about taking the company private at $420 (and got sued by the U.S. Securities and Exchange Commission for doing that). April 20 has since been declared Elon Musk Day by Tesla’s cult-like community.

Related
Tesla Reports $51 Million in Bitcoin-Related Impairments in Q3
The number 69 also appears to hold some special significance for Musk based on his earlier tweets.

It’s safe to say that the cryptocurrency community can expect more cory 69/420 jokes from the centibillionaire.