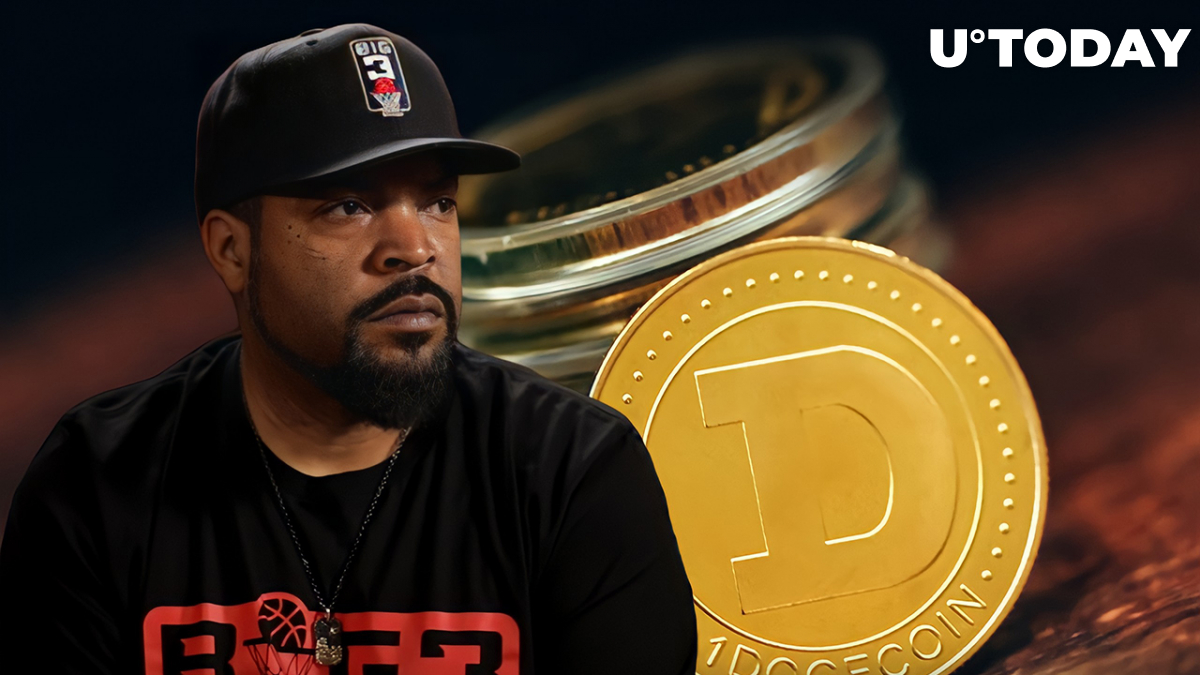 Timothy Stebbing, a director at the Dogecoin Foundation, has tweeted about a meeting with Rapper Ice Cube as Dogecoin is set to be integrated into the Big3 league.

Was so cool @DogecoinFdn meeting @icecube at the doge dinner @westcoastbill hosted🔥. @thebig3 🏀 crew are stoked to integrate #dogecoin into the league and introduce a whole new community to doge! @MyDogeTip @icecube 69 Doge

As previously reported by U.Today, Bill Lee, the founding chairman of MyDoge, a self-custodial Dogecoin wallet, purchased all 25 fire-tier editions of the Aliens, a Big3 team. U.S. rapper, actor and filmmaker Ice Cube has also indicated support for Dogecoin.

Big3 is adopting Dogecoin as a result of the purchase, culminating in the integration of the MyDoge wallet, which allows players, coaches and teams to earn Dogecoin tips on Twitter. MyDoge/Dogecoin will also be prominently displayed by the Aliens on team jerseys, events and broadcasts.

At press time, Dogecoin presently trades at $0.053, down 18.32% in the last 24 hours, per CoinMarketCap data. Dogecoin fell as low as $0.052 to mark the lowest levels for 2022 so far. The meme cryptocurrency is also set to mark its fourth consecutive day of losses amid the current market sell-off.

Despite the current market selloff, Dogecoin is facing buying pressure from Binance whales who are using the opportunity of the recent price drop to accumulate on the dip.

According to WhaleStats, DOGE ranks among the top 10 most purchased assets among the biggest 100 and 500 BSC whales in the last 24 hours.

Dogecoin is also actively traded by whales, ranking among the top 10 by trading volume among the 100 biggest BSC whales in the last 24 hours. At the moment, the top 1,000 BSC whales tracked by WhaleStats are "hodling" $40,170,185 worth of DOGE.