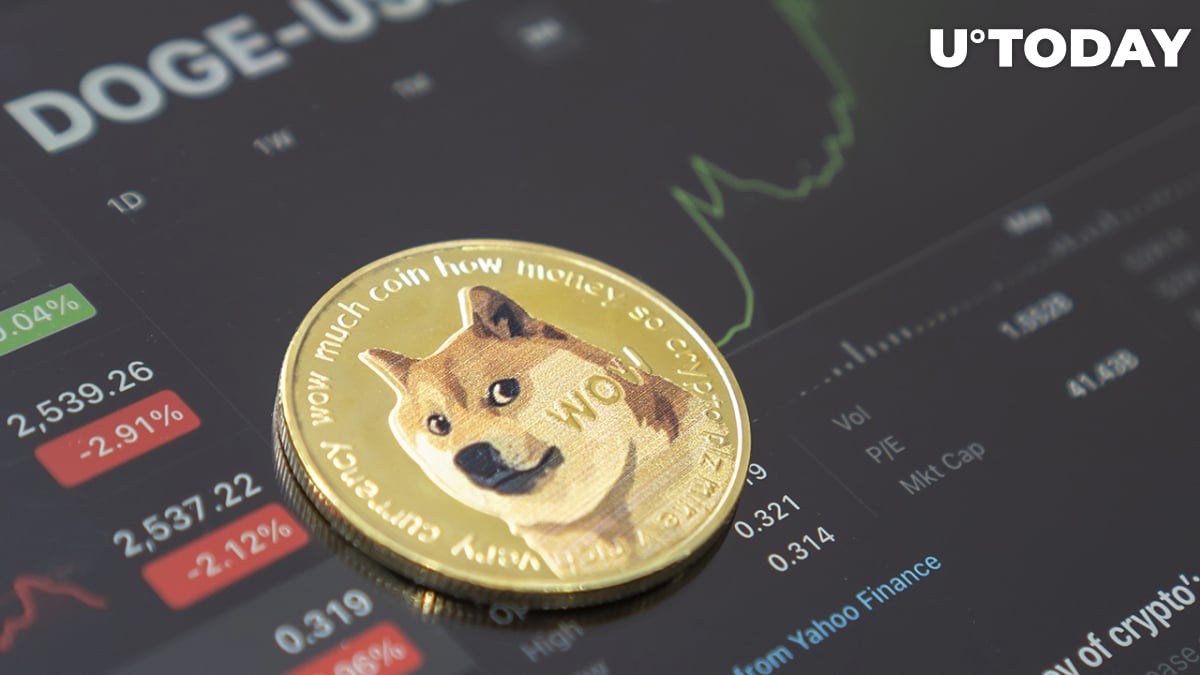 Dogecoin's latest performance was a nice surprise for investors, as the coin successfully broke through resistance levels that U.Today mentioned previously. As of now, DOGE is on its way to breaking even stronger barriers.

At press time, DOGE was getting close to the 50-day Exponential Moving Average and showed the potential of breaking through it as the trading volume saw a strong spike in the first day of the trading week.

The main reason behind such a strong rise of memecurrencies like Dogecoin and Shiba Inu is investors' urge to gain exposure to the riskiest options on the cryptocurrency market rather than chasing "stable" assets like Ethereum, which remains under heavy institutional pressure.

In the last nine days, Dogecoin gained almost 50% to its value, making it the second most profitable asset in the top 100 of the cryptocurrency market after STEPN's 100% weekly growth.

Unfortunately, the only indicator that may give us a hint of the remaining power of this rally is the descending volume profile, which shows that the rally is fading. According to the indicator, we may see a reversal in the upcoming days or weeks if new funds do not flow into the asset.

Other trend indicators like the Relative Strength Index suggest that DOGE entered a short-term uptrend and has not yet faced any selling pressure on its way up. On the intraday chart timeframe, the memecoin broke through every resistance on the chart and is now facing the 50-day EMA resistance that had been touched once in May.