Denys Serhiichuk
Can bulls seize the initiative and return the rates of SHIB and DOGE to previous levels? 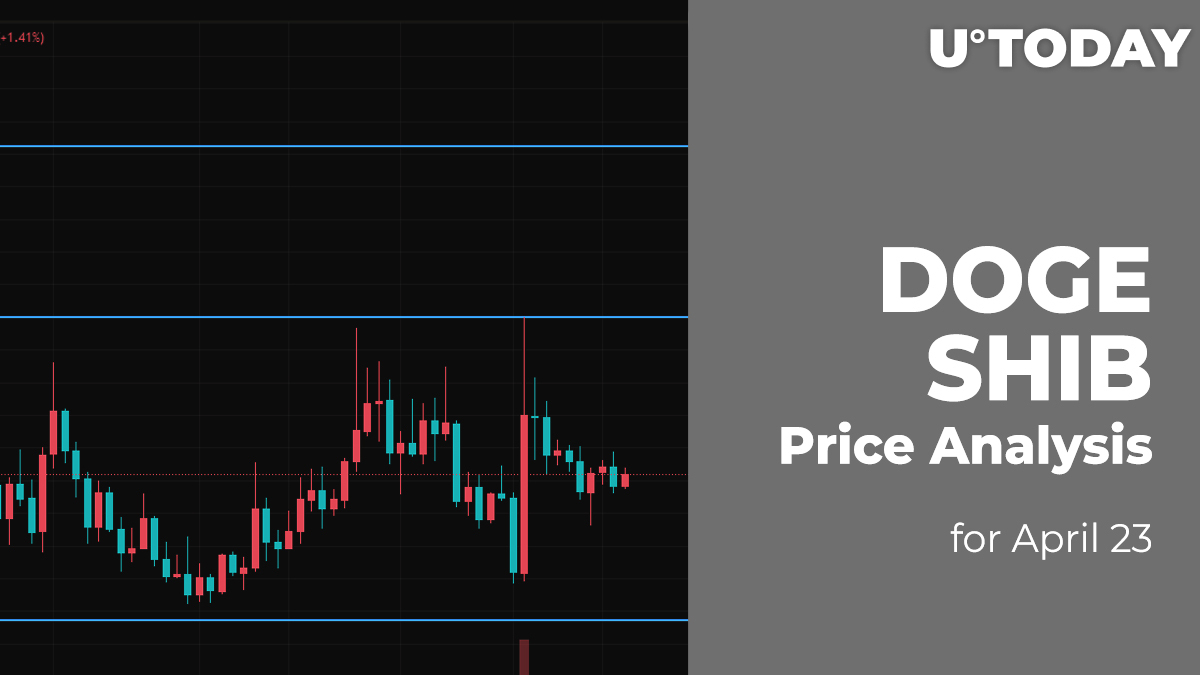 The weekends have started with the continued fall of the market. Avalanche (AVAX) is the biggest loser among the top 10 coins, going down by 3.56%.

DOGE has followed most of other coins, declining by 2% over the past 24 hours.

On the daily chart, DOGE is coming back to the area around $0.13 which means that the bears' pressure continues even though the volume is going down. In this case, if the breakout of $0.13 occurs, one can expect the retest of the support at $0.1251 soon.

On the weekly time frame, the price is in the middle of the wide channel with neither bullish or bearish signals.

In addition, the trading volume is at its lowest levels. But if the candle fixes below $0.1320, there is a high possibility to see the further drop next week.

SHIB is less loser than DOGE as the decline has accounted for 1.19%.

The price is located close to the local support which means that sellers are more powerful than buyers at the moment. If the rates approaches the $0.00002191 mark, there is a possbility to see the sharp drop shortly.

On the weekly chart, the sideways trading remains the more likely scenario as none of the sides have accumulated enough power for the further move. In this regard, SHIB is about to keep trading between $0.000020 and $0.000030 untli the end of the upcoming month.