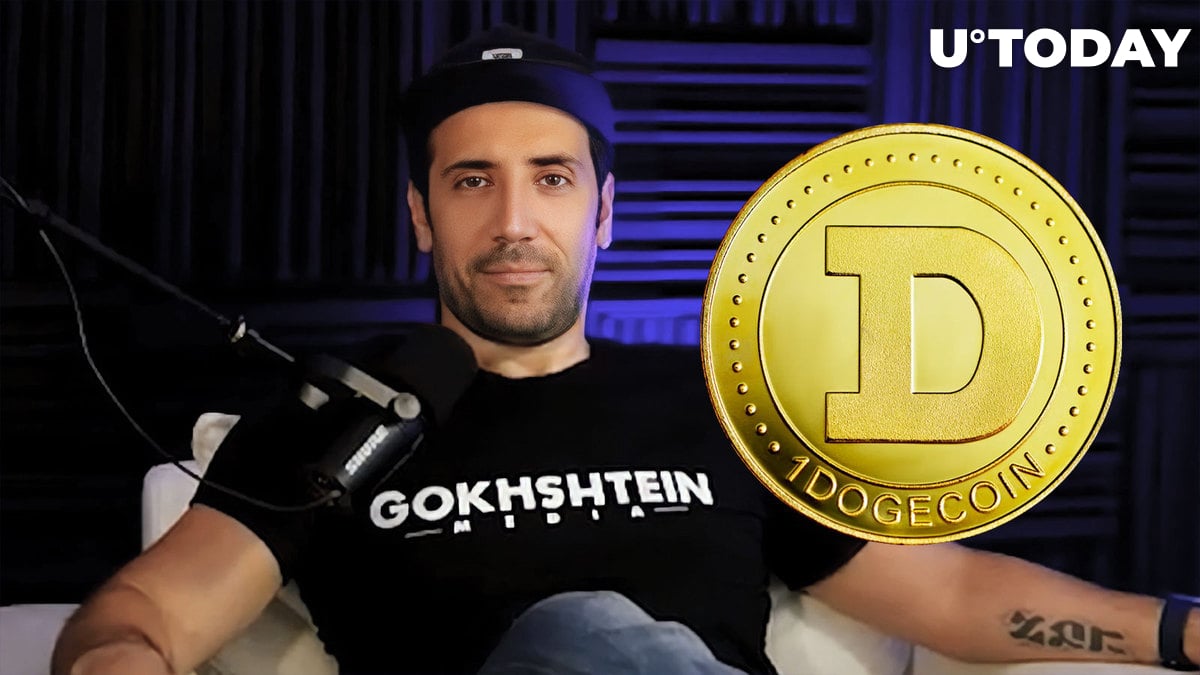 Creator of Gokhshtein Media, crypto podcaster David Gokhshtein has taken to Twitter to confirm his support for the original meme coin DOGE that has turned nine years old today.

Meanwhile, BSC whales keep adding Dogecoin to their stash, now holding over 87 million of it.

“Taking DOGE to next levels”

David Gokhshtein has referred to DOGE developers, who are currently busy working hard to take Dogecoin “to the next levels”. No details were provided further, however, Gokhshtein stated that he has been looking forward to that, thus confirming his support for the original meme coin.

As reported by U.Today earlier, currently there are two major upgrades for DOGE in the works – core update 1.14.7 and 1.21. The proposed time of release for the latter is March next year.

Earlier this year, the influencer and founder of his own crypto media many times expressed his positive opinion of Dogecoin, stating that he had kept his DOGE bags and was waiting for their price to explode.

$DOGE dev says they are working hard on taking the project to next levels.

As per data shared by @WhaleStatsBSC, the largest 100 wallets on the Binance Smart Chain (also widely known as BNB Chain), have by now acquired a $8,514,930 worth of Dogecoin. This equates to 87,392,477 meme coins and comprises one percent of their cumulative portfolio.

At the moment, per data provided by Whalestats website, an average balance of DOGE wrapped on BSC constitutes 1,540,496 coins.

Today, Dogecoin celebrates its ninth birthday – it was created in 2013 by two IT engineers, Billy Markus and Jackson Palmer, as a joke and a parody on the flagship cryptocurrency Bitcoin.

9 years for a human is equal to 63 dog’s years and “a billion in crypto years”, according to the Dogecoin dev team.

Currently, DOGE holds the eighth spot on the CoinMarketCap scale of cryptocurrencies, trading at $0.09591, dropping over 4 percent in the past 24 hours. This is 86.99 percent below the all-time high reached in 2021, when DOGE was trading at $0.7376 thanks to Elon Musk’s debut on Saturday Night Live show.