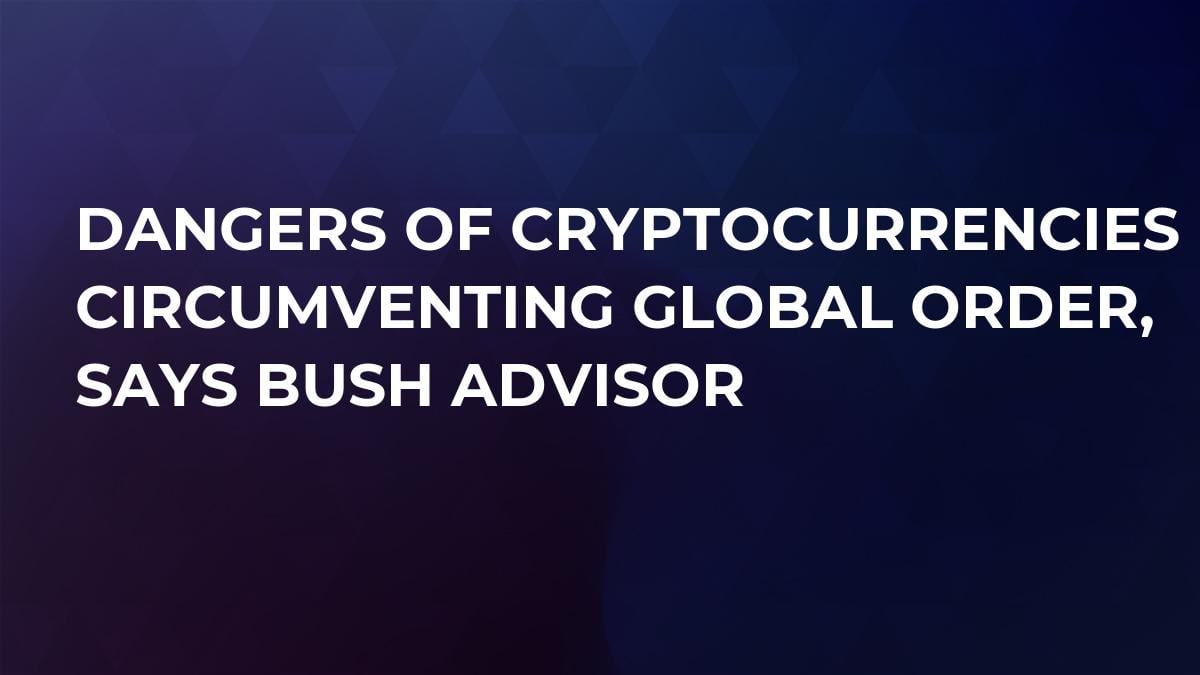 Juan Zarate, a former deputy assistant to U.S. President George W. Bush, and the man credited with helping create sanctions tools and financial instruments that put pressure on enemies of the state, fears the nefarious ways in which cryptocurrencies can be used.

Many of the positives that Blockchain technology brings, in the form of its digital currencies, can also be used for less than savory activities. The fact that it is borderless, decentralized, anonymous and global means that it could well be weaponized, according to Zarate.

"There are nefarious actors out there, including state actors like North Korea and Iran that are looking to the use of digital currencies and related technologies, at a minimum as a way of circumventing the current global order which limits their access to capital. But ‎these capabilities and technologies could also be a way for them to try to undermine global financial commercial systems at some point."

Zarate maintains that he is appreciative of the way in which Blockchain can help give greater autonomy to individuals, but also points out that can be taken advantage of by these “nefarious actors.”

Zarate may seem like he is pushing the regulation button too hard, but he has shown that he is an advocate for Blockchain technology, and was one of the earlier supporters when he was advising cryptocurrency exchange Coinbase.

Zarate’s key point is a greater need for transparency, not only in the transactions of the Blockchain, but also about how governments might use blockchain due to the geo-political nature of the monetary system it could help reimagine.

Zarate’s is honing in here on how states can use the Blockchain in order to escape sanctions.

North Korea has been in the news surrounding cryptocurrency with stories emerging of state-funded hacking schemes, as well as mining operations.

Even a Swedish startup has recently been given license to build an infrastructure which explicitly helps countries evade potential sanctions.

A lot of the issues come down to getting the correct balance between the regulators and the users. Both are looking to get different ends out of the Blockchain, which is at least promising as there seems to be less of a push for total banning.

It just needs for both sides to come to the party and agree upon a workable and usable cryptocurrency economy in today’s society.