David Dinkins
Since Bitcoin is digital, it’s difficult to figure out how to store in a safe and convenient way. We’ve outlined the four most common types of Bitcoin wallets. 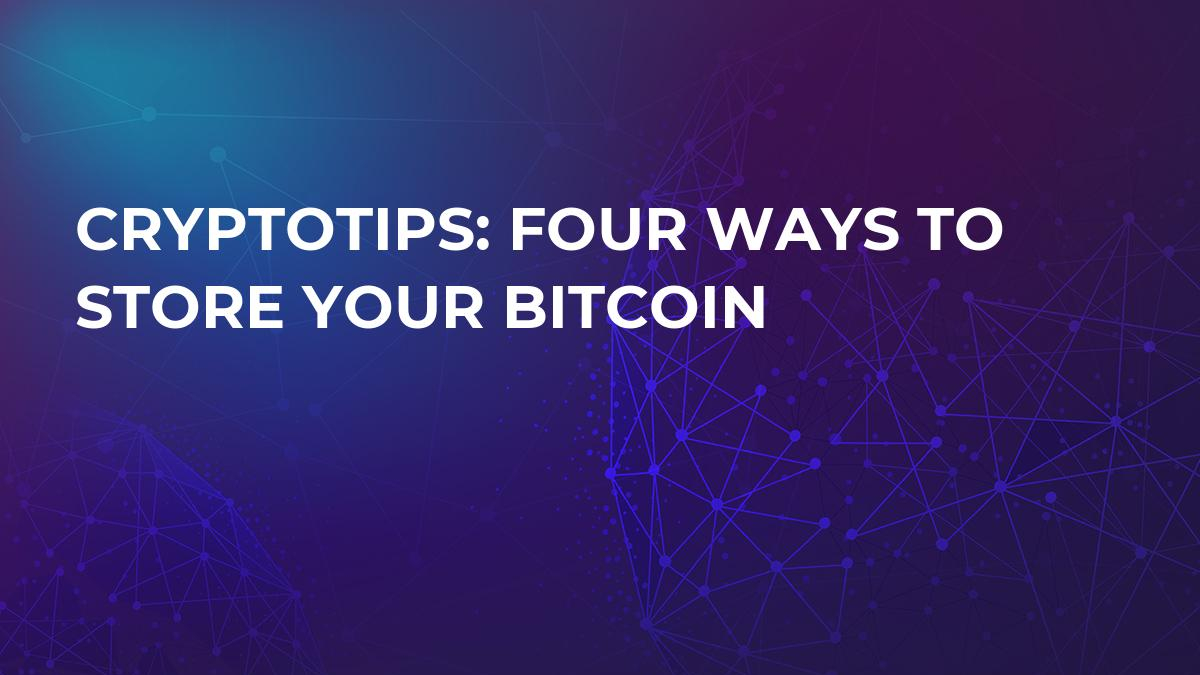 Though written with Bitcoin in mind, many altcoins can be stored in all four ways as well.

Web wallets are probably the simplest and most convenient way to store your Bitcoin. When you store your coins on an exchange, you’re essentially using a web wallet that somebody else (the exchange) has access to. For security, consider a service that does not actually have custody of your Bitcoins. For example, Blockchain.info offers a web wallet whose private key is known only to you. That means they don’t have any access to your Bitcoins. It also means if you lose your logon information, they can’t help you recover your coins. If your computer is compromised, it’s possible to lose your Bitcoin through keylogging or “man in the middle” attacks.

Software wallets are another common way to store your cryptocurrency. A number of these are available, but some are proprietary (closed source). That’s not necessarily bad, but it does mean that some element of trust is involved. For the greatest security, use open-source software wallets like Bitcoin-Qt or Electrum. Always encrypt your wallet and back it up, and make sure you don’t lose your passphrase. If your wallet isn’t encrypted, is encrypted with a weak passphrase or your computer is compromised, it’s possible for hackers to access your funds.

Hardware wallets are among the most secure type of Bitcoin wallet. There are different kinds, but they generally look similar to a small USB stick or keyfob. These wallets store your private seed in a special way that makes it inaccessible to hackers. Hardware wallet makers boast that their wallets are safe to use, even with a compromised PC. Sending funds is as simple as loading a small software program on your PC, entering the transaction information and then confirming the transaction by pressing a button on the hardware device. Hardware wallets, such as the Ledger and Trezor, require you to write down a long sequence of random words when setting up the device. If you ever lose the device, your wallet can be retrieved using those “seed words.” Be sure you keep them in a safe place. Make sure you update your firmware frequently, because both Ledger and Trezor have discovered vulnerabilities and issued patches accordingly.

Paper wallets can be generated using certain open-source programs and will create a Bitcoin address and an associated private key. This information is then printed out or copied down and kept in a secure location. Some users will even go so far as to etch their private keys onto a piece of metal in order to ensure fire-resistance. For those less competent at metalworking, there are devices such as the CryptoSteel which provide an easier way to store your private key in a fire-proof way. Make sure your wallet generator is open-source and trustworthy, and generate your wallet on an offline PC. If your computer is compromised and connected to the Internet when you generate your wallet, it’s possible for hackers to steal your private key.