Cryptocurrencies Dismissed as ‘Speculative Investment Vehicle’ by US Congress

Alex Dovbnya
?⬇As the popularity of cash is fading, cryptocurrencies are unlikely to serve as an alternative payment option? ?, CRS concludes 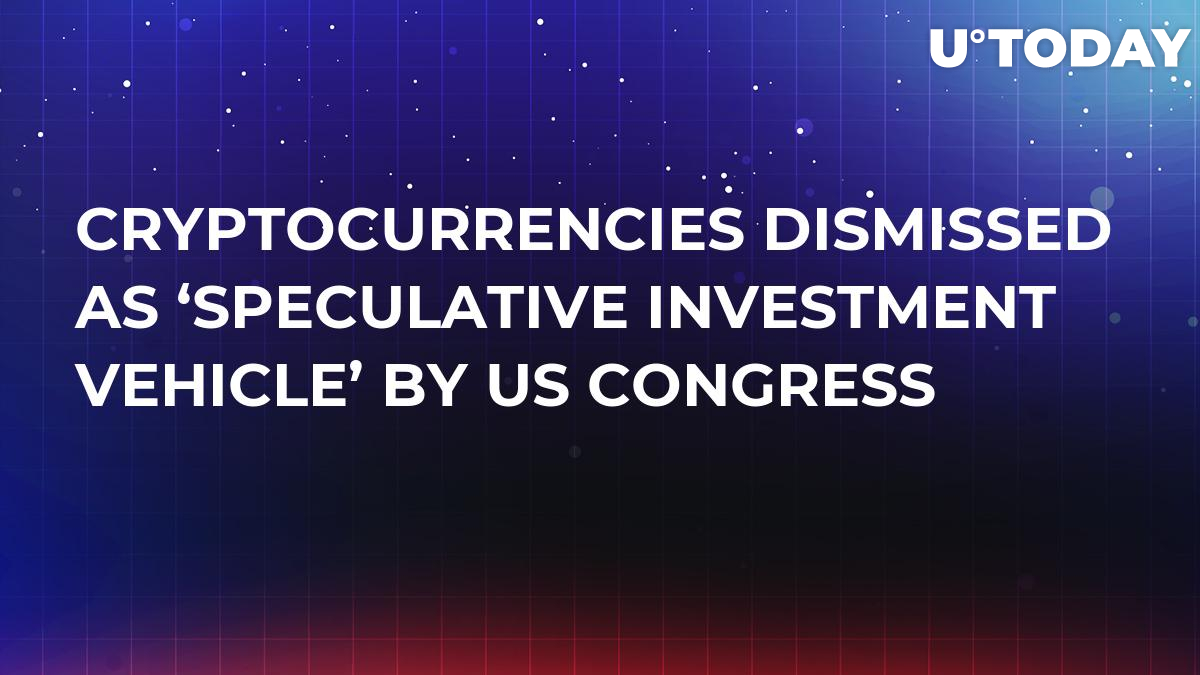 The Congressional Research Service (CRS) has recently published a report, which examines the potential role of cryptocurrencies in the US retail system.

CRS, which was tasked with consulting the US lawmakers on crypto, dismisses the idea that digital assets could serve as a viable payment tool.

Retailers are not keen on crypto

Cash might still be the king, but its crown is gradually slipping as alternative payment systems continue their takeover. CRS claims that a growing amount of retailers now sticks to credit/debit cards after ditching cash transactions.

However, with crypto being a new kid on the block, there is a lingering question about whether Bitcoin will produce a palpable impact on the US retail system.

In short, it probably won’t. CRS claims that Bitcoin is mainly used as “a speculative investment vehicle,” and merchants are reluctant to accept crypto due to a double-whammy of regulatory uncertainty and high volatility.

Although price data on Bitcoin illustrates the public interest in and overall demand for this cryptocurrency, it is a poor indicator of how often it is being exchanged for goods and services (i.e., how often it is being used as money). Certain analyses appear to show that digital currencies are not being widely used and accepted as payment for goods and services, but rather as investment vehicles, the report states.

Wyoming, the most progressive state when it comes to cryptocurrency regulations, recognized crypto as legal tender, but the rest of the US is lagging behind. Meanwhile, Bitcoin’s constant price fluctuations lead to volatile pricing, which makes it hardly possible to use an alternative retail payment system.

There is still hope

With that being said, there is still a possibility that cryptocurrencies will become a suitable option for merchants.

Amy Zirkle, CEO of the Electronic Transactions Association, is certain that digital assets will be able to co-exist with traditional payment methods. He wants crypto critics to look at the bigger picture:

While cryptocurrencies may not supplant traditional payments aggressively in the near term, the value of blockchain and innovative approaches to the payments industry extends beyond fiat currency replacement,” Zirkle told Roll Call.

As reported by U.Today, Whole Foods and other major retailers recently started accepting Bitcoin and other cryptocurrencies.