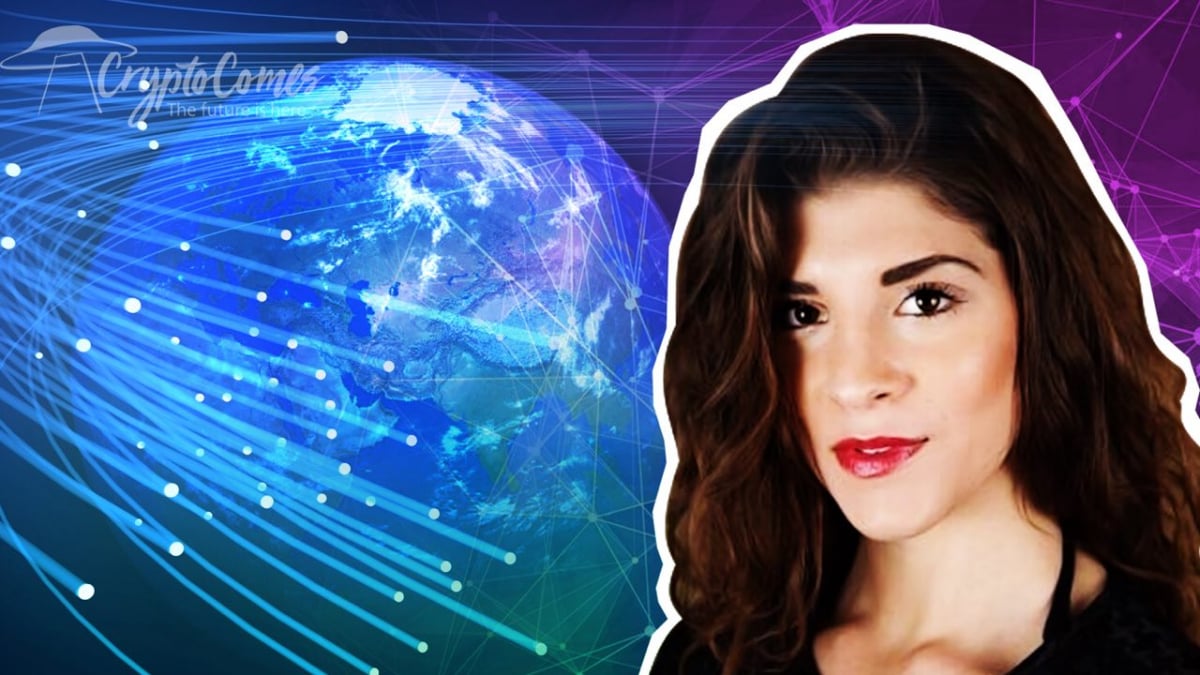 Toni Lane Casserly has been a Blockchain evangelist from the moment she first discovered the innovative technology or perhaps the technology discovered her, in 2011.

Since then, she has been an advisor to organizations that include the Singularity University, HSBC and the United Nations; a speaker at countless Blockchain events and conferences; and the co-founder and original CEO of Cointelegraph, one of the largest media networks in the Blockchain industry.

CryptoComes spoke with Toni Lane a few days before she presented CULTU.RE at TokenFest in San Francisco. On stage, it becomes clear why the industry has given her the affectionate, quirky moniker “The Joan of Arc of Blockchain.”

The completeness and assurance of her vision, compounded by her uncompromising stance as a woman succeeding in the Blockchain industry, make her a particularly fitting subject to begin the CryptoComes Women in Blockchain series.

Katya Michaels: You have been involved in cryptocurrency and Blockchain from very early on and have observed this industry from a variety of perspectives. The project you are working on right now is CULTU.RE, a platform for competitive governance and self-sovereignty. Given how passionate you are about freeing humanity from the institutional constraints they were born into, what’s your view of the well-known phrase “Every nation gets the government it deserves?”

You can't have what you deserve if you are not empowered to create the world you want to see. The only way we're going to be able to do that for every human life is if we are fundamentally incentivizing people to have economic liberation through real open markets that are based on stewardship, generation and interdependence.

KM: You have said before that the most important obstacle to governance through Blockchain is emotional maturity. Do you think the success of Blockchain implementation depends on the evolution of human consciousness or vice versa, the existence of Blockchain technology will drive such an evolution?

TLC: These are interdependent phenomena, and that's actually what Blockchain represents and it’s a core foundation of what we're building at CULTU.RE. Darwin never said “survival of the fittest.” What he actually said is that human species that will thrive and survive through the hardest times are those with the highest capacity for sympathy, altruism, compassion and reciprocity.

The rise in artificial intelligence and robotics will automate jobs that have taught humans that they are a part of a system rather than a dynamic meaningful, creative force in the world. Those jobs will be gone and new forms of economy will replace them.

We will experience another web of human interdependence through the evolution of biotechnology. We see shifts that are happening tectonically on our planet, along with climate change. All of these factors combined with the economic empowerment imbued by Blockchain are retranslating our relationship to what is really valuable — not just value as a scarce resource, but our human values and principles.

KM: Recently, you joined the advisory board of Divi Project, a Blockchain smart-wallet platform that aims to make cryptocurrency more approachable and easy to use for the ordinary person, triggering a tipping point for Blockchain use. What are the conditions for making the entry point into cryptocurrency low enough for mass adoption?

TLC: I think, more than anything, we will see a shift in access when we experience real global connectivity. Not the opportunity for global connectivity, but actual free public Wi-Fi for every person on the planet. I do believe that is something that will happen within the next ten years, hopefully sooner.

KM: Do you think the entry point to Blockchain use and the industry is different for women compared to men, both in the Western world and in developing countries?

TLC: It’s obviously different because of the way business works, though there are some places where I would say it's not so. It’s really about how free women are in a country, and how open is the attitude toward sex because that is the primary thing that's used to oppress the female identity in society. Different women will experience different barriers based on their environment.

I am a white Western woman. I have my own challenges in the world, but I also have my own set of opportunities. There is a spectrum of entry points for women in different areas.

Depending on the cultural dynamic, women are going to have different opportunities and different risks to assess in the situations that they are entering.

The conversation that most women will experience will be vastly different than the conversations men will experience. In many instances, we have to work 50 times harder to get five times less the recognition, but it doesn't have to be that way. What it's really going to take for women to get the recognition they deserve is valuing yourself and taking ownership over what you deserve.

It's about understanding that whatever stakes are on the table and whatever game is being played, it is not your job to play the game, but you will win when you are able to redesign the board fundamentally.

KM: As a woman in the Blockchain space for quite a few years now, have you noticed any difference in focus, as well as in the business approach taken by women as opposed to men?

TLC: There is obviously a difference in approach. When I go to a conference, I will meet a hundred people and some of them will know who I am because of my career in the industry, and they will want to work with me.

But I know that when men talk to me, they will ask about me, my life, where I grew up. It’s not that those questions are offensive or I find them invasive, but their interest in talking to me is getting to know me, for a potential relationship. When men are talking to men, they are thinking about making money together.

We have to realize that this is something unconscious in most of the societies around the world. It’s about surviving, which means acquisition of resources and reproduction- men are focused on the survival of the tribe and women are valued for their fertility. That dynamic still exists in most of the world at varying levels of extremes, with different kinds of cultural norms. So we are still basically primal humans, apes.

But we're getting there; we’re evolving in some ways. I feel like there are some of us who are transcending and reaching these states of higher consciousness. The situations are different, but if you understand that going in, you can generally disarm it.

KM: How do you assess the “women in Blockchain” or “women in technology” discourse right now? Do you find it engaging, or underdeveloped, or missing the mark perhaps?

TLC: To get some perspective on this, if we look at the market for ICOs, two of the largest ICOs that were ever raised were Bancor and Tezos, both of which have female leadership. I want to point out that we have seen women do some powerful and incredible things in the Blockchain industry.

Because in Blockchain people are on the Internet, it’s less of a situation where a woman is sitting down privately with a man in a close setting, putting her in a vulnerable position because of the power dynamics in the relationship. Instead, she can say, “hey, Internet here's our work, so you can look at it and if you want to invest, we are opening this up to a marketplace.”

When we are opening up these marketplace principles, it is a huge way for women to gain economic opportunity. We are changing the dynamics for investing in women and fundraising for women.

There's a huge amount of pressure behind the Women in Blockchain movement, and it's because the economic barriers for women are being lifted. It will be amazing for the entire world to see what happens when we give women financial economic opportunity and education.

The number one factor for reducing climate change across the board in the world is an education for girls and women. There’s a reason why the Dalai Lama said the world will be saved by the Western woman. These communities are growing in an incredibly strong way and we're seeing a vast amount of unity between women that are coming together in this space.