Yuri Molchan
Two big crypto investors made a forecast regarding Bitcoin rate for the next year, promising the winnings will go to charity 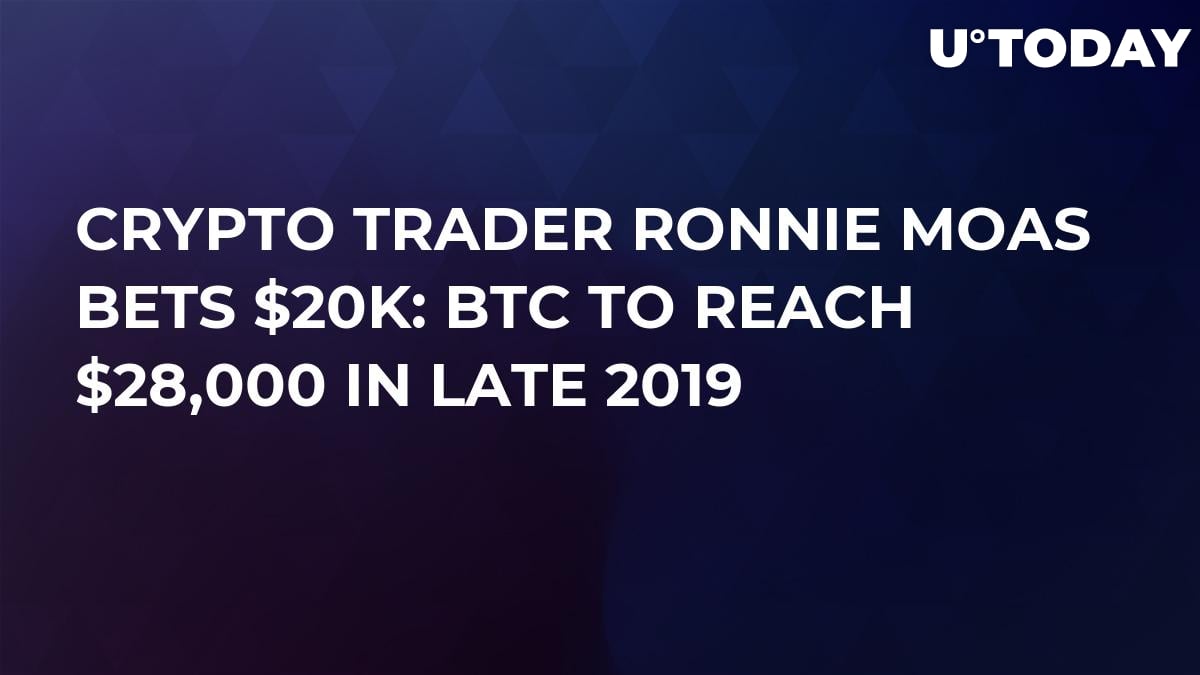 The World Crypto Con, which has just finished in Las Vegas, had a curious ending. Two crypto investor behemoths made a bet on the price level Bitcoin will reach by the end of next year.

Ronnie Moas, a crypto trader who also deals with stocks, publicly stated that he bets $20,000 against Vinny Lingham, founder of $CVC. Moas claims that Bitcoin will surge to $28,000 by November-December 2019. The money he can win, he clarified on Twitter, will be donated to charity foundations.

The crypto community demonstrated a mixed reaction to this event. The majority apparently believes that Moas is most likely to win. The trader even made a retweet of a user’s post in which the guy expressed his condolences to Lingham for his future financial loss. 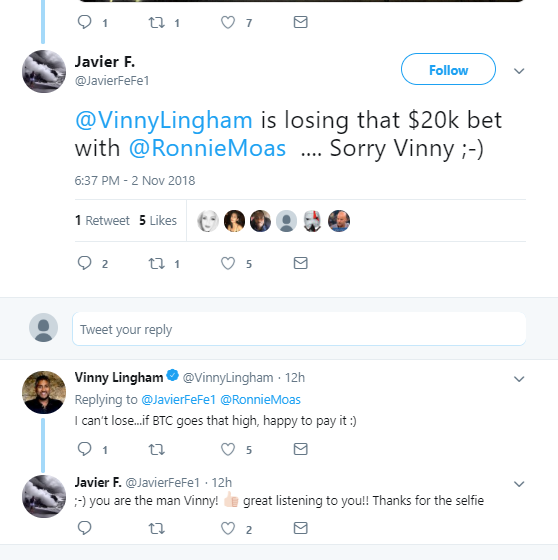 Taking into account that the Bitcoin rate has slightly risen and got more stable recently and seems to keep around the $6,400 point more or less, this stabilization on the market may well produce a bullish trend in the short term. Besides, institutional investors have been actively pouring their money in the major crypto coin; so, the chances that the BTC quote may sour within a few months are good.

Over the past few months, numerous crypto fans and experts have tried to forecast Bitcoin picking up a green wave by the end of the year and carrying it into 2019. One of them is Tom Lee from Fundstrat who claimed that BTC rate would jump to $20,000 by late 2018 — this point on the chart is $14,000 higher than the present cost.

Ran Neuner, a crypto trader, also forecast that BTC will surge to $50,000 by the time 2018 is over. However, later he unpinned this tweet probably going back on his own prediction.

The man who has more reasons to worry about his BTC price forecasts than anyone else, John McAfee, remains calm and even plans to run for the US President’s post in the upcoming elections.

Last year, John McAfee, founder of McAfee Incorporated, made a public bet that Bitcoin would reach $500,000 in just three years. Later he took the BTC price for the bet to $1 mln. He promised to eat his own manhood and let TV viewers watch it. 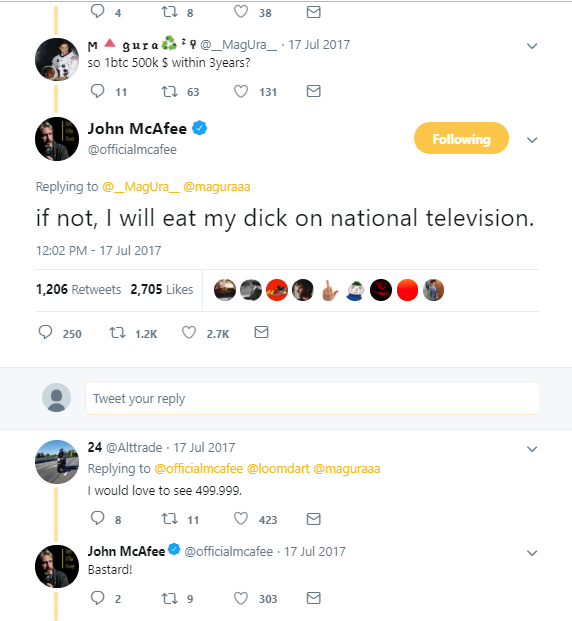