Vaido Veek
Bitcoin could make a possible reversal?! Technically, it is a good setup 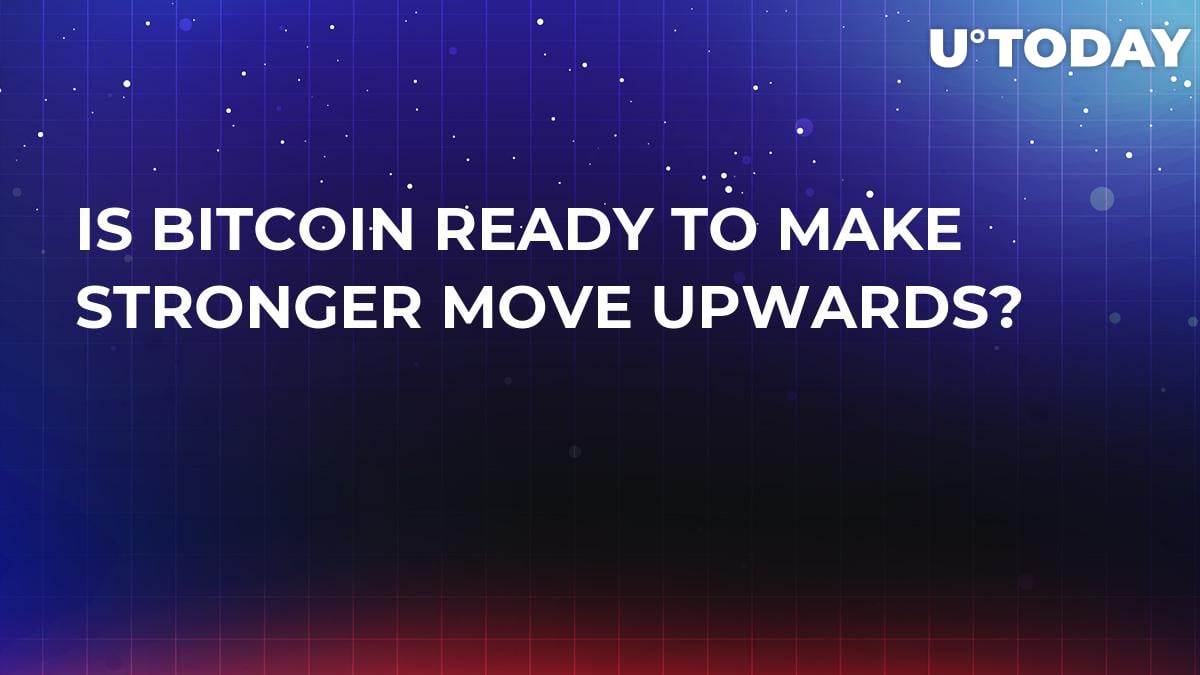 The upper trendline is not as precise as the bottom one, but still, it touches several wicks and plays an important role in the price action scenario. 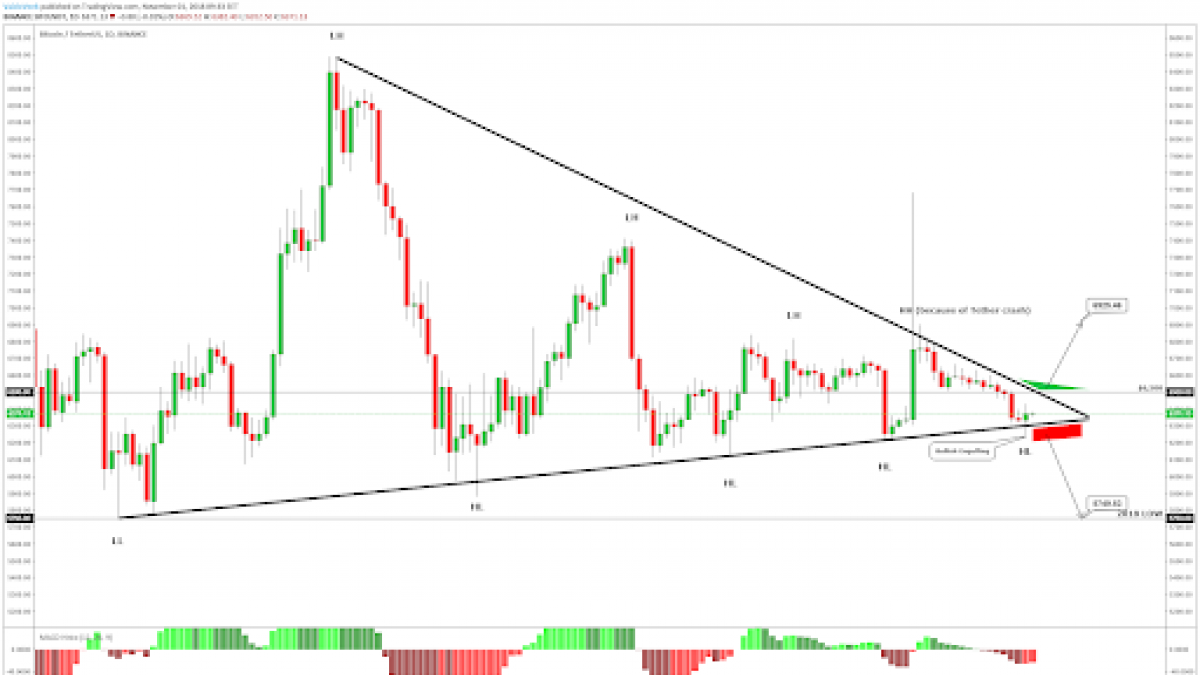 The triangle can make a breakout in either direction, so as of now, it doesn’t matter whether it is an ascending, descending or symmetrical triangle, it all will depend on confirmations.

We had a pretty low volume days before this week, and this triangle — the triangle tip, to be precise — could be the reason why the price starts rising. The price is pretty close to the tip, and if it is, then it could make very big moves.

Since June 24, we have very clear higher lows indicating that buyers don’t want to see lower prices, and after the drop, they always start to buy higher than previously. That’s exactly what happened yesterday. On the daily chart, we’ve got a nice rejection from the triangle trendline which acts as a strong support level. After the rejection, the price bounced quickly upwards, and after the daily candle close, it formed a bullish candlestick pattern called Engulfing. 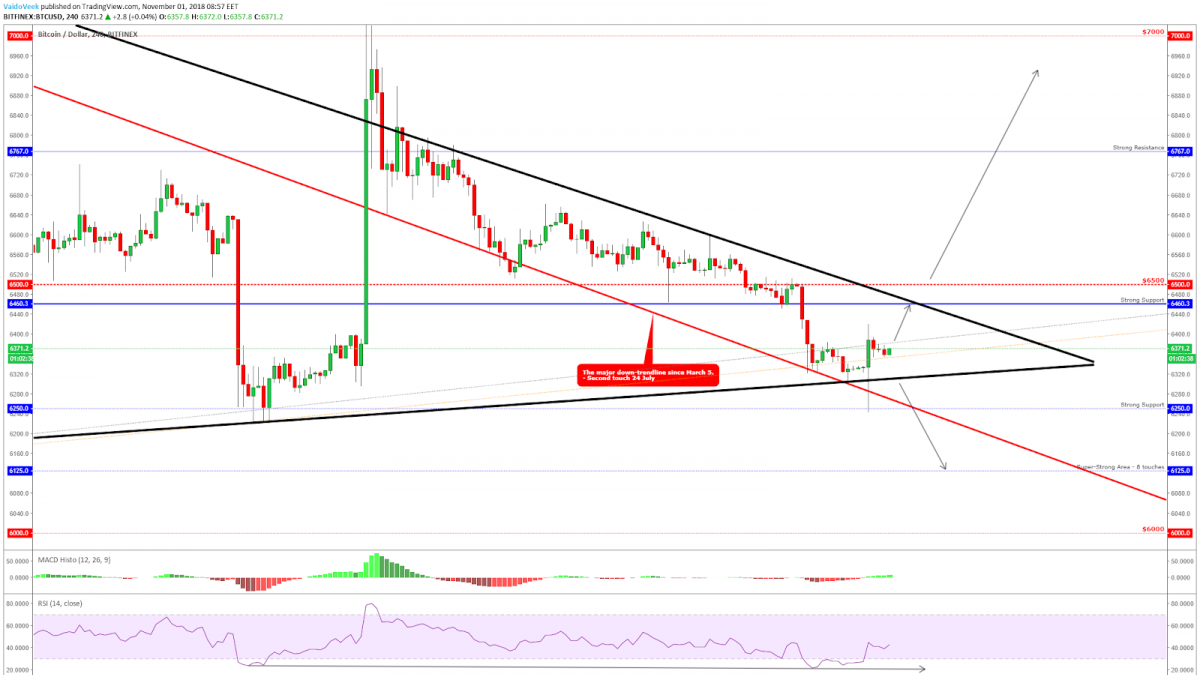 The Wednesday’s rejection came from a very strong and surprisingly wide area — because of the bear trap and a sudden spike upwards with the big volume inside the candles on the H1 timeframe. It touches and bounced upwards from:

Those three made a very strong crossing area between $6,250 and $6,320; luckily, buyers were alerted and reacted quickly to push the price above the mentioned levels.

Current action on the 15-minute chart

Yesterday, after the pump upwards, we got our continuation move, and it found a resistance from a strong resistance area at $6,460 (it is shown on the picture above).

Currently, after yesterday’s breakout from the Bull Flag, it makes a throwback into the Bull Flag retest area; plus, there are several price action criteria that could support the move upwards to continue with another wave to the higher levels. 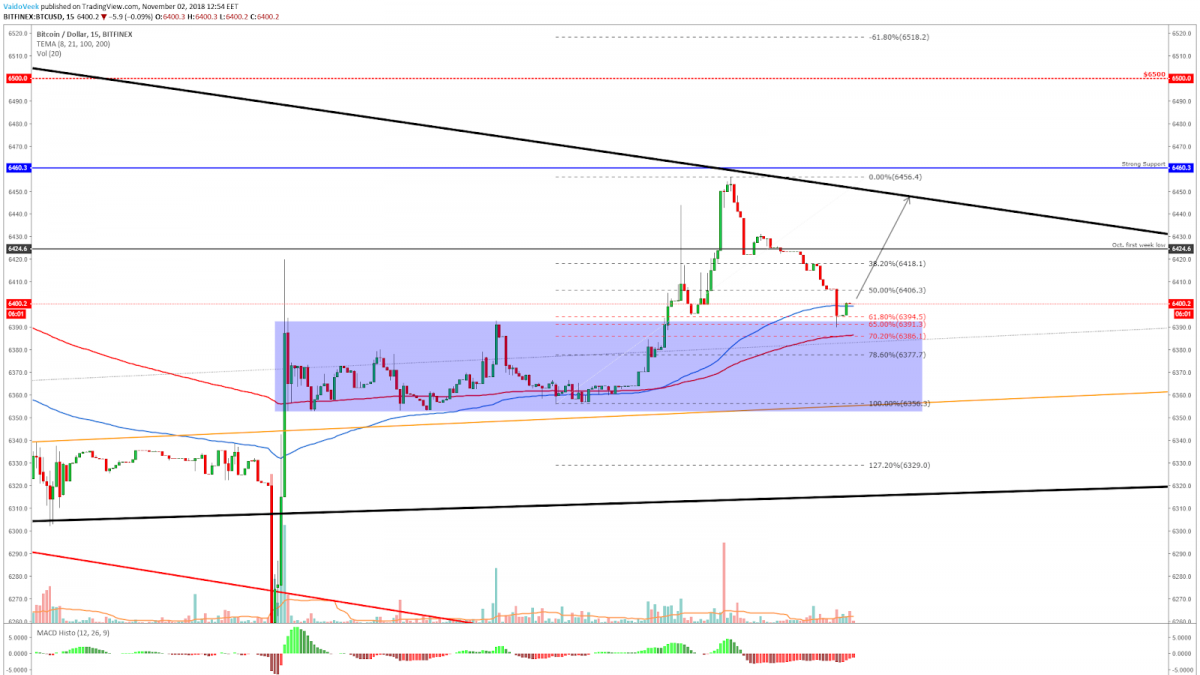 Technical criteria for the bounce from the current price zone are:

So, if we got a bounce from the current level, then the first stronger resistance is still the triangle upper trendline, but if this move upwards is powerful enough to push the price and get a close above the triangle trendline, the strong resistance at $6,460 and the round number $6,500, then it would be on the bullish area ready to make higher highs on the further days or weeks.