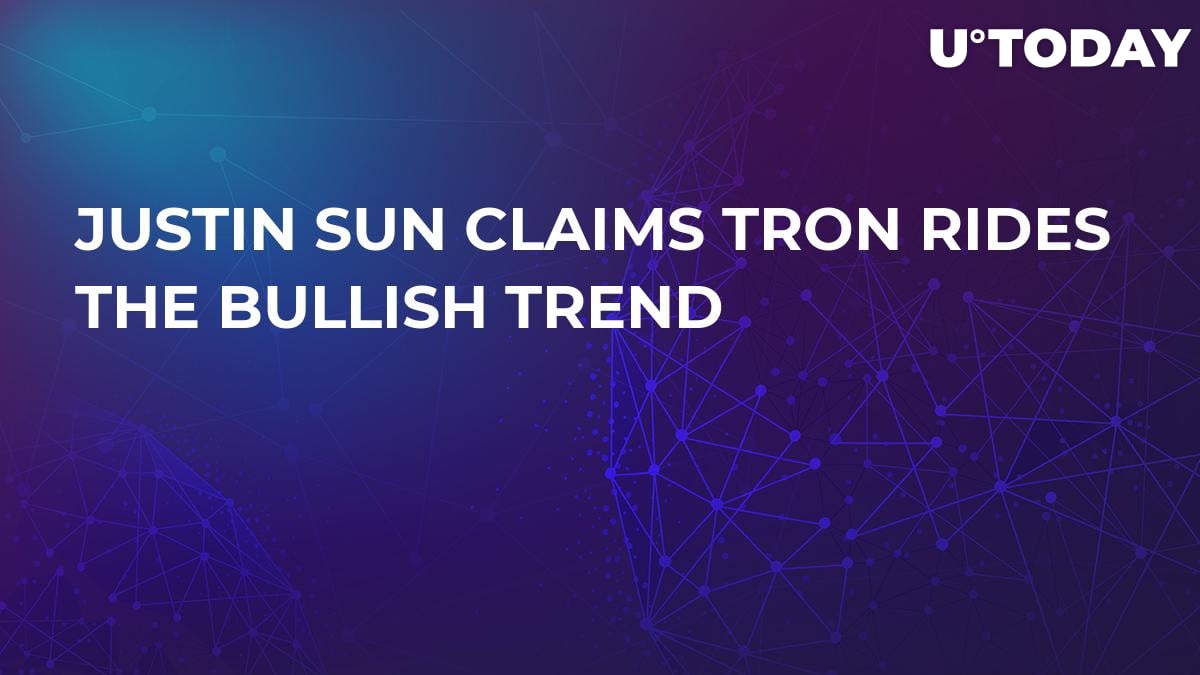 In less than 12 hours, the crypto market has significantly dropped and many observers and investors are losing their positive attitude. While some are still full of hope, faith and ready to wait, others are ready to sell everything and as soon as possible leave the market, which seems to be sinking further. For Tron CEO Justin Sun, market instability became just one more reason to show his positive spirit.

Positive no matter what

The first millennial graduate of Jack Ma's Hupan University shared his enthusiasm for the situation that is unfolding in the crypto markets.

Bear market for crypto. #BTC #ETH #XRP BULL market for #TRON. #TRX $TRX, he wrote on the morning of 15 November

There are two images... one showing his mentioned "bear market" i.e. coin market cap... the other showing TRON dex, which is surging. Just thought i would clarify your post is incorrect. #trx #tron $trx

At the same time, even according to TRX adopters, the coin is now in the grip of the biggest bear of the year. This can serve as proof that Justin soon is really a very good PR manager. He watches his image and perfectly promotes himself. In the midst of a supposed collapse he can remain positive, which will bring him dividends.

TRON forecasts for 2018 were much brighter than its nearest competitors. As for next year, according to optimistic predictions, the coin will be able to reach a value of $5. At the same time, more sober-minded and unbiased analysts are ready to give TRX from 30 to 50 US cents.

From August to November Bitcoin (BTC) showed high stability, which some called a record. On 13-14 November in 12 hours, the cryptocurrency has lost more than 11%. This decline led to other large cryptocurrencies and digital assets with small market capitalization began a sharp downward movement.

The reasons for this fall remain unknown, but most observers associate almost panic sentiment in the market to the proximity of the Bitcoin Cash fork, scheduled for November 15. The fork is one day away; however, the Bitcoin Cash community division has already generated shockwaves.

TRON is a decentralized blockchain-based project with an internal coin, TRON (TRX), which aims to provide a content distribution platform for the digital entertainment industry. In June 2018 team TRON launched his own blockchain. This event was called the Tron Independence day.

Now #TWX is available on @Tronfoundation #DEX, a decentralized exchange built to provide instant liquidity for Tron tokens. Using the unique automated pricing mechanism from Bancor formula, Tron ensures token can always be converted, even if no one is selling.