Crypto Disruption: French Central Bank to Start Testing Its Own Cryptocurrency in 2020 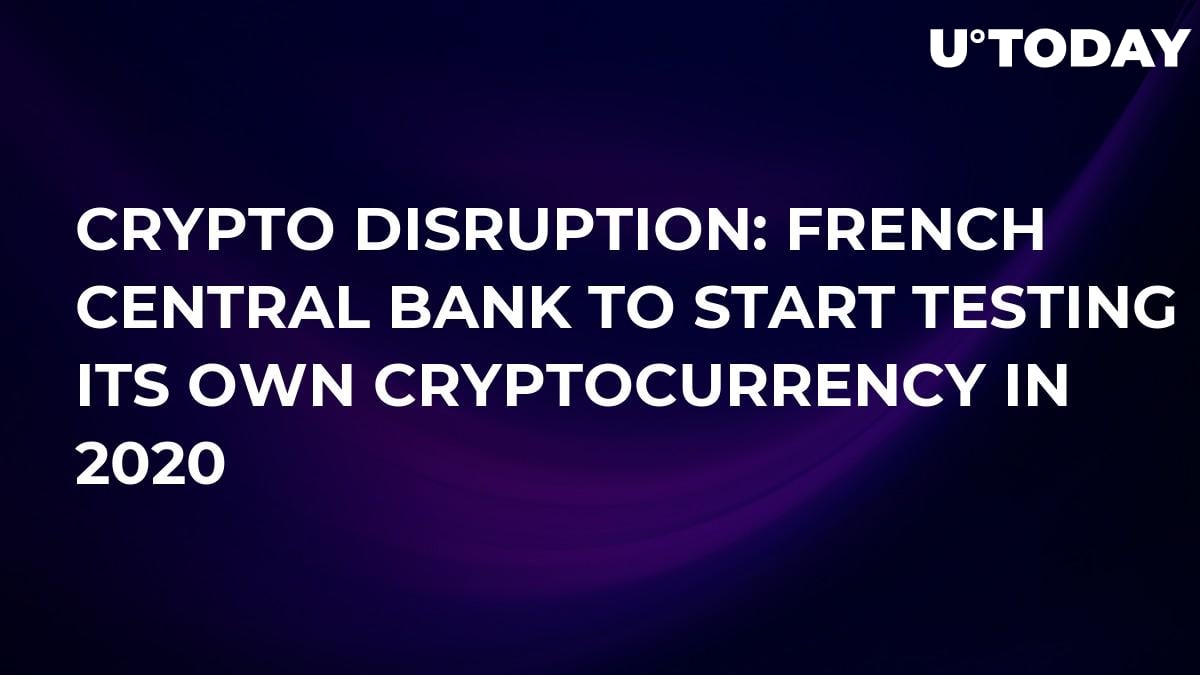 According to French news agency AFP,  the Bank of France, Banque de France, will start testing its own cryptocurrency in 2020. Such an announcement was made by the bank's governor François Villeroy de Galhau on Dec. 4.

In his speech, Villeroy de Galhau states that the "center of gravity" in the realm of payments is shifting towards big tech players. Since these corporations are based in other regions, the emergence of non-bank players could threat the sovereignty of Europe.

He further says that Bitcoin, the volatile cryptocurrency with "perhaps no real value," preceded the advent of stablecoins. However, despite making cross-border payments more efficient, the second generation of digital assets still incurs "financial and political risks."

"Of course, as central bankers and supervisors, there is no question of us standing by and letting this change happen unchecked. We have to remain fully committed to our dual objective - safeguarding confidence/supporting innovation - which is written into the very DNA of our institution."

Back in September, the governments of France and Germany ostracized Facebook's Libra project, vowing to block their rollout.

Taking a call for innovations

According to Villeroy de Galhau, the Bank of France now plans to create its own central bank digital currency (CBDC) as its answer to payment solutions that are offered by private companies in the likes of Facebook. The French central bank will be reorganized in order to create a new division that will focus on implementing payment innovations, including a CBDC.

The Bank of France is expected to start testing its own cryptocurrency as early as next year.

"Additional skills will be recruited to strengthen its expertise, and, with the help of our Lab, the DIIP will work with industry innovators from the private sector: we want to start running experiments rapidly and will launch a call for projects before the end of the first quarter of 2020."

France is not alone. As reported by U.Today, the People's Bank of China (PBoC) has been working on its digital currency for years.