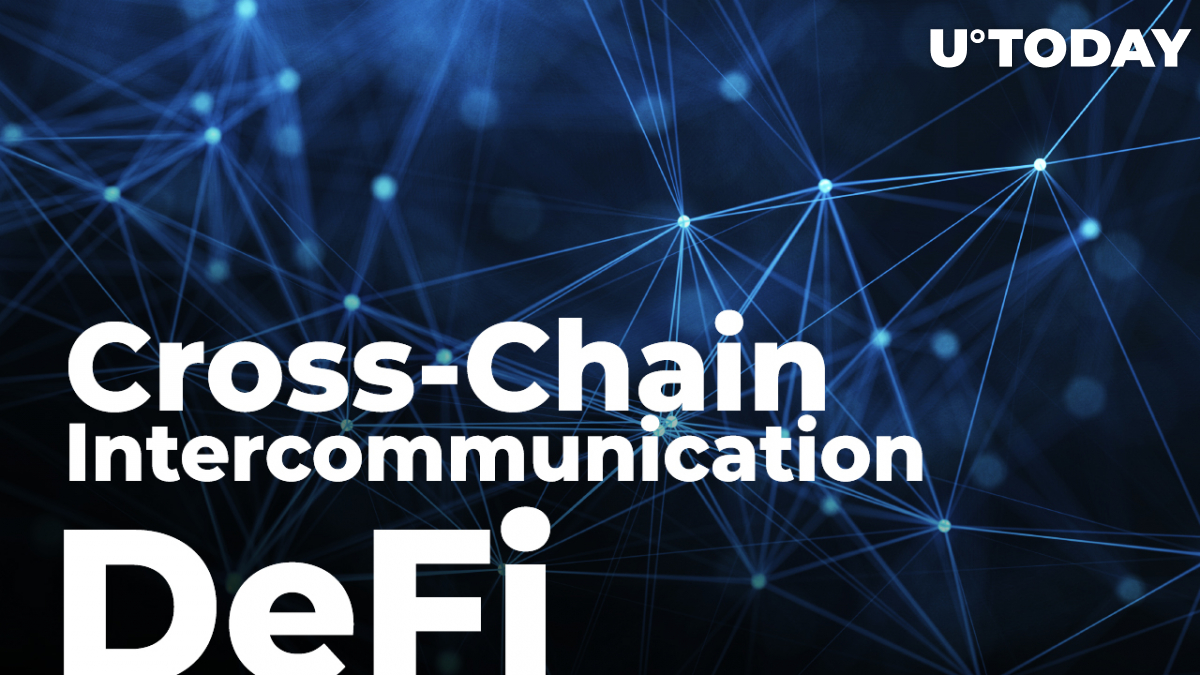 At present, it might not seem like a serious issue in the nascent DeFi markets, however, cross-chain intercommunication of smart contracts holds the key to realizing the vision of a permissionless and multi-chain future.

Programmable cryptographic tokens now carry data as well as monetary value, which has helped with unlocking a wide range of potential applications that wasn’t possible before. But relaying this information and calling smart contracts from one blockchain or distributed ledger technology (DLT) network to another is still quite an inefficient and tedious process.

That’s because we have many different blockchains that use a different type of consensus protocol and may have various types of digital token formats that may not be fully compatible with each other. As a result, we have a fragmented digital asset ecosystem where only a limited number or type of transactions can be performed. In order to enable multiple blockchains to communicate with each other, we need an effective way to bridge several different protocols.

By establishing a bridge or connection between independent blockchains, users will be able to call smart contracts on another chain while also transferring assets and critical information between chains. Most crypto industry experts believe that the future of decentralized finance (DeFi) will involve multiple smart contract platforms like Ethereum, Binance Smart Chain, Polygon, and many other emerging blockchains.

In the foreseeable future, the end-users will not be transacting on a single blockchain network. That’s just not a realistic or practical approach, because one chain by itself is not enough to accommodate transactions from billions of consumers and numerous business organizations.

As noted by its creators, deBridge allows users to scale up their protocol, bridge arbitrary assets, and implement new types of cross-chain interoperability apps directly on top of a truly decentralized infrastructure.

The deBridge team points out that the protocol is based on open-source software that leverages the power smart contracts across multiple blockchain or DLT networks. Similar to many other decentralized and permissionless blockchain networks that get voted on by platform users, the deBridge governance will be handled by holders of DBR tokens.

In order to support interchain communication and provide its software, deBridge operates under the Business Source License (BSL) 1.1. According to its development team, this agreement includes relevant copyright laws and supports deBridge governance to prevent unauthorized commercialization of a particular entity’s source-code until the end of next year. During this timeframe, the deBridge community claims that it will be the first to create a dynamic ecosystem around the deBridge core codebase.

Although other licenses like Apache and GPL do currently exist, the BSL 1.1 aims to offer a  way to maintain the codebase while prohibiting unauthorized usage. As noted by the developers, the BSL 1.1 has no real impact on deBridge integrations, however, it does prevent other protocols from using the source-code in a commercial or production manner (at least until the end of 2022).

The deBridge protocol has reportedly been bootstrapped by the foundation. The goal now is to gradually hand over control of the protocol to a decentralized governance process controlled by the protocol’s community members. This could occur before the end of 2022 and the BSL license should help to potentially prevent forks and malicious attacks on the protocol during the bootstrapping stage - which is the period right before governance takes control over the protocol.

After the BSL comes to an end, the license will get converted to a GPL for an indefinite time period. And in case governance takes over control before the planned time-period, then the voting the “Change date” may be set for earlier.

The deBridge team also mentioned that they are looking forward to supporting a diverse range of cross-chain interoperability and liquidity transfer options. At its most fundamental level, deBridge acts as a cross-chain interoperability and liquidity transfer protocol that enables the decentralized transfer of assets between different blockchain or DLT networks.

The cross-chain intercommunication of deBridge smart contracts is handled by a network of independent oracles/validators who are reportedly elected by deBridge governance. The deBridge protocol is essentially an infrastructure platform and also serves as a hooking service for cross-chain composability of smart contracts, carrying out cross-chain swaps, bridging any arbitrary asset and data. It also supports the bridging of non-fungible tokens or NFTs.

Even though the blockchain and crypto space are in their early stages of development, it has become clear that individual consumers and organizations can benefit from the features and unique applications created on multiple blockchains. However, these blockchains do not follow a common implementation standard, which has made it very difficult, if not impossible, to easily share data and digital tokens between incompatible networks.

However, the deBridge team is working on enabling greater blockchain interoperability so that end-users can access a wide range of apps which include those that enable decentralized lending, borrowing, staking, and even gaming, among many other use-cases.

It’s becoming clear now that decentralized finance (DeFi) isn’t just some bubble or hype. Platforms such as AAVE, Compound, Maker, among many others, are regularly processing billions of dollars in transactions. Recently, the DeFi market surpassed the $100 billion mark.

This is truly unprecedented when we consider that the entire ecosystem was only valued at around $1 billion in February 2020, according to DeFi Pulse data. Clearly, this space has grown tremendously in terms of total value locked (TVL) in smart contracts as well as considerable user adoption on a global level. For these reasons, it is vital to develop effective bridging and intercommunication solutions like those being created by the deBridge team.