Could Bitcoin Come Crashing Down? — The Mystery of Satoshi’s Kill Switch

Jack Thomas
??A cryptic phrase from Bitcoin creator Satoshi Nakamoto has many wondering if the investor has a secret kill switch ready to go should Bitcoin be ‘stolen’ 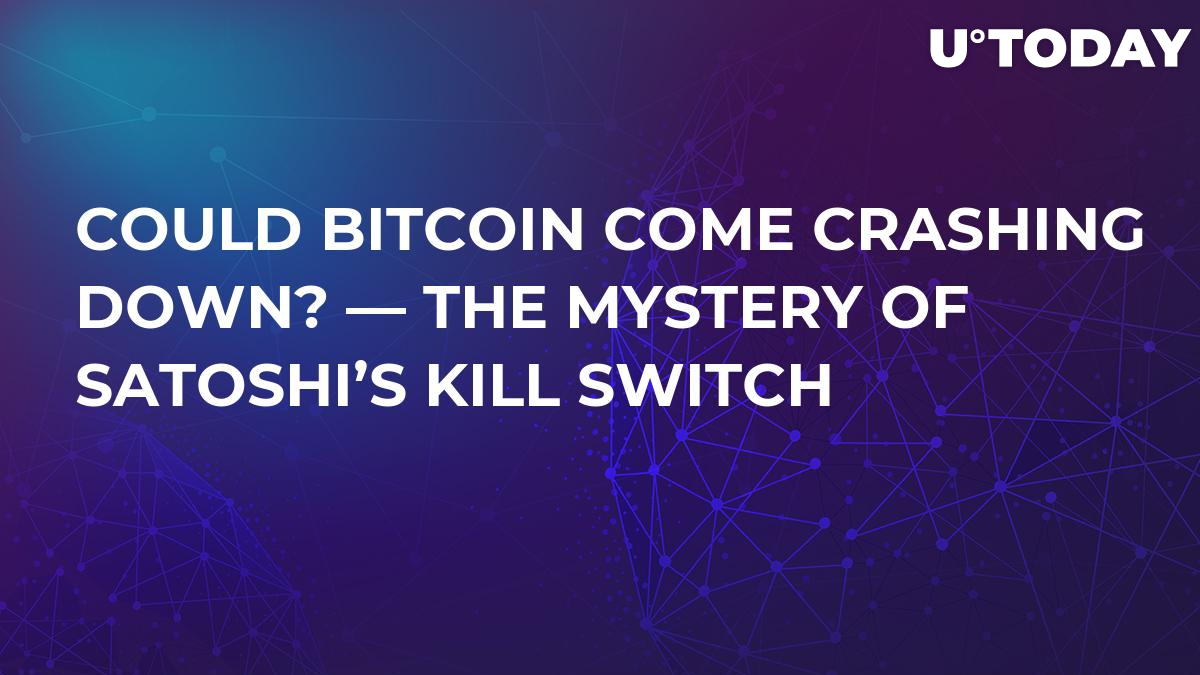 Satoshi Nakamoto, the mysterious creator of Bitcoin and the blockchain, is an enigmatic character that no one is sure of his true identity. But, the creator of this technology did some incredible things, such as building in certain fail-safes into Bitcoin’s blueprint, including cryptography, decentralization, a proof of work consensus, a hard-capped supply and more.

A quote from Nakamoto has been doing the rounds on social media, and many are wondering what he meant by it; a lot of people are reaching similar conclusions. The quote reads:

Imagine if gold turned to lead when stolen. If the thief gives it back, it turns to gold again.

Bitcoin’s very nature puts the owner of a private key in total control of that Bitcoin, however, if they were compromised, or the key was stolen, then there may just be a way to get things back if this interpretation of the above quote is to be believed.

Could it be that Nakamoto was researching a way to render that Bitcoin useless? And if the person who rightfully owned the Bitcoin ever regained control of it, the Bitcoin would be restored to its former value and use.

The quote used by the Twitter bot was taken from a 2010 BitcoinTalk forum post that discussed how funds could be moved into escrow for transactions to be completed when both parties are satisfied. In the post, the Bitcoin creator sheds more light into his thoughts.

“Imagine someone stole something from you. You can’t get it back, but if you could, if it had a kill switch that could be remote triggered, would you do it? Would it be a good thing for thieves to know that everything you own has a kill switch and if they steal it, it’ll be useless to them, although you still lose it too? If they give it back, you can reactivate it,” Satoshi said.

If there is this possibility of a kill switch, it would raise a number of key debates. Does this mean that there is the possibility of someone being able to use that kill switch to bring down Bitcoin with undue reasons, or is this in fact another safety feature that Bitcoin has over any other asset?

No doubt the nuts and bolts of the kill switch would need to be understood and expressed clearly for a true determination to be made, but if it was a viable option as an added safety feature, it could well make Bitcoin all that more attractive to investors.