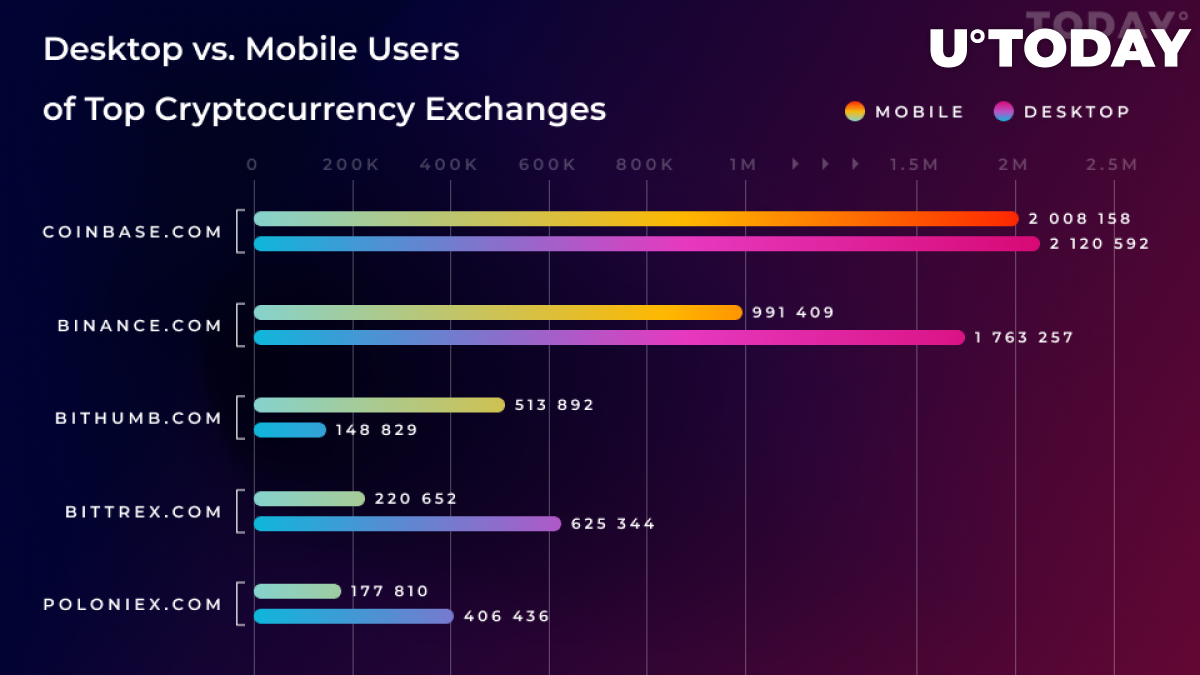 Coinbase, an $8 bln crypto behemoth, leads by the number of new desktop and mobile users. In fact, Coinbase’s popularity with mobile users is so high that it trumped the other top 6 exchanges combined in December.

DataLight has estimated that Coinbase has slightly more than 2 mln mobile users (that’s almost twice as much as Binance with 991,409 users). The gap between the two leading exchanges is significantly smaller when it comes to desktop users — 2.1 mln and 1.7 mln, but the Brian Armstrong-led exchange is still on top.

Notably, Coinbase already surpassed stock brokerage Charles Schwab by the number of users in 2017. As of October 2018, Coinbase could boast 25 mln users (which means that there wouldn’t be enough Bitcoins for everyone with a Coinbase account).

There is a huge contrast between the two leaders and the rest of the exchanges on the list. However, the rest of the exchanges are pretty much on the same page when it comes to their user bases. Bithumb is in third place by the number of mobile users (513,892) while taking the last position when it comes to desktop users (148,829). With Bitfinex, the situation is completely opposite — the exchange is significantly more popular with desktop users than with mobile users (377,475 vs. 85.124)