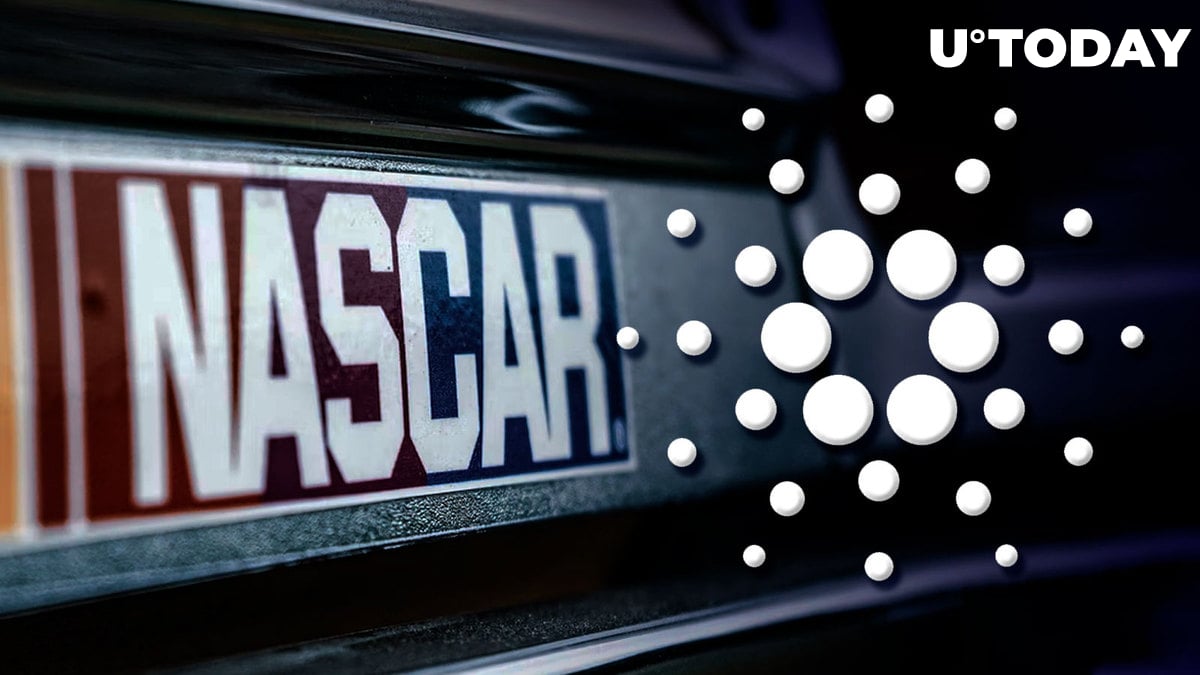 The Cardano community continues to demonstrate its commitment in several ways. This is noteworthy as Charles Hoskinson, the creator of Cardano, recently inquired about a Cardano-themed Nascar car sponsored by Cardano user "Bone Pool," who also doubles as a pool operator. The Cardano car, driven by Nascar's Trent Barnes, remains a fascinating eyepiece and runs the Nascar weekly series at Dominion Raceway.

Hey @IOHK_Charles .. Yep that's me.. I'm a pool operator and have worked on this car for years The Barnes family was gracious enough to let Trent blast the name and logo in attempt to find sponsors building on Cardano .
The car runs the Nascar weekly series at @DominionRaceway

This is not the first demonstration of the Cardano community's commitment. As U.Today earlier reported, the Cardano flag reached the summit of Mount Everest in May, after which Cardano founder Charles Hoskinson praised the community's dedication, saying other projects "pay to do stuff like this."

He tweeted then, "The difference between Cardano and the other alts. They pay to do stuff like this. The Cardano Community just does it themselves out of love for the ecosystem and philosophy. We got marketing. It's three million strong and growing."

Cardano's focused Twitter account, ADA Whale, also highlighted this in a recent tweet: "Difference between Cardano and peers is we’re not shilling tech in hopes the world evolves to want to use it. We see world problems (creeping centralization, rigged elections, the unbanked, unconnected, unidentified, unfunded) and have a full package solution here. Simple as that."

Flint Wallet now includes a dApp browser on both Android and iOS!

You can now use your favorite dApps on your mobile device!

Learn more and see it in action below:

Cardano's Flint Wallet just unveiled a new feature of a dApp browser on both Android and iOS to promote greater usage. This makes a variety of dApps accessible on mobile devices.

IOG published the most recent statistics on the Cardano network over the weekend in its weekly development update. Ninety-three projects have just been launched on Cardano, while 1,048 projects are currently building. A total of 5.7 million Cardano native assets have been issued, while Plutus scripts have surpassed 3,000.

The number of Cardano wallets has also surpassed the 3.5 million mark. According to CoinMarketCap data, the price of ADA was $0.51, a decrease of 1.93% over the previous day.