Can State-Backed Cryptocurrencies Work, Are They the Answer?

Darryn Pollock
Some regulators are going as far as to make their own cryptocurrencies, is this a viable option? 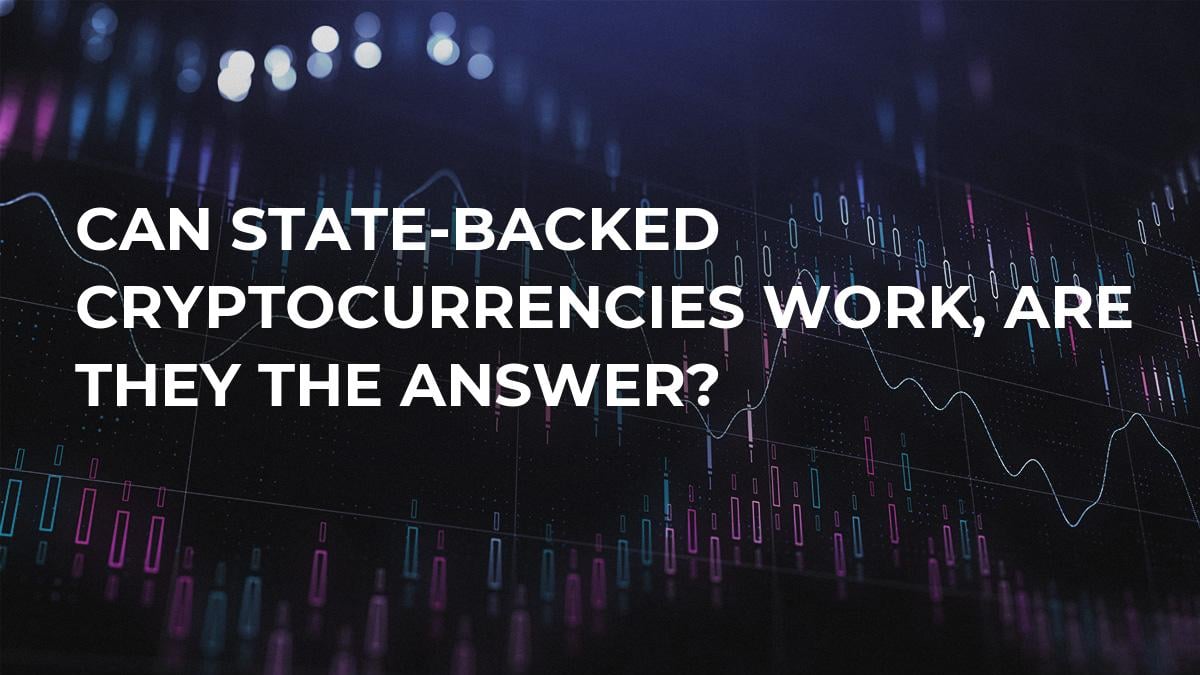 When Russia firstly banned access to cryptocurrency exchanges and then announced that they would be launching a state-backed cryptocurrency called the Crypto Rubel, most were very suspicious and dubious.

But the trend is growing. Venezuela is ahead in the race of these state-backed coins, having launched a pre-sale of the Petro, an oil-pegged cryptocurrency launched by the government.

Now, even the Turkish government is mulling over perhaps building their own state-backed cryptocurrency as a way to maintain regulation and control over the burgeoning Blockchain and crypto space.

However, is this not an oxymoronic term, a state-backed’ and therefore centralized, cryptocurrency. One of the biggest appeals of cryptocurrencies is that they are decentralized and absent from control, but perhaps to fit in, this needs to change?

Decentralization, when Bitcoin was still being discussed on cryptography forums with hushed anarchistic and liberal tones, was the shining light of possibility for the cryptocurrency. Financial freedom and the power to cut loose from the monopoly that had been built by central banks and governments.

It is also one of the major factors as to why those same banks and governments have feared Bitcoin, knowing that it has the potential to be a true competitor. However, it must be stated, that there is still a long way to go for Bitcoin or any other coin, to make banks and fiat currency obsolete.

However, cryptocurrencies have emerged from the shadows somewhat in recent times, gaining a huge amount of momentum and mainstream appeal. This has lead to regulators being forced to act and to do their job.

Some regulators are going with a hard-line approach, such as China with its blanket bans, others are curious but want it to fit into current legislation, which is problematic as a decentralized platform is hard to control. But overall, most regulators and nations want to encourage cryptocurrencies and especially Blockchain.

However, it is good in theory but possibly won’t work. Already, the Petro is getting a lot of pushback and criticism, and now, the Russian Crypto Rubel is being touted as a potential non-starter.

The creation of a centralized coin, like the CryptoRuble, seems impossible, as cryptocurrencies are based on decentralized ledgers, Russian Finance Minister Anton Siluanov told President Putin, according to Russian media.

Hard to get buy in

Regardless of the need for a balance between the crypto community, which is after decentralization, and the regulators, who need control, the idea of a state-backed coin, a centralized one, is a little too weighted to the regulators.

What is more needed is a positive regulatory body that maintains decentralization, but also holds cryptocurrencies under the legislative blanket of the country