George Shnurenko
In its latest move to crush Bitcoin, China is erecting a firewall to stop access to crypto websites. 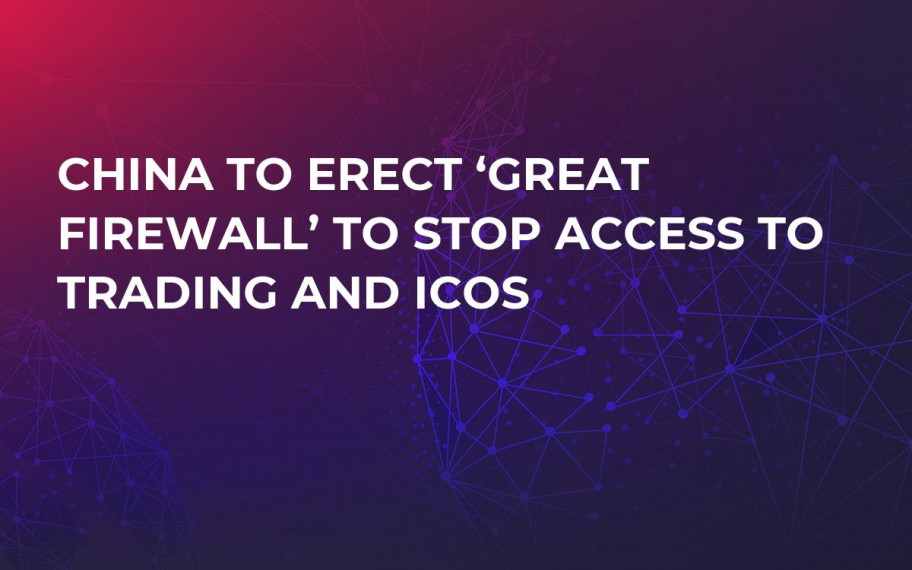 In their latest move to quell support for Bitcoin and other cryptocurrencies, China is reportedly putting up a statewide firewall that will block anyone in the country from accessing websites that offer cryptocurrency trading services or initial coin offerings.

The Socialist State has already made some tough calls on the digital currency, banning both ICOs and exchanges late last year. On top of this firewall, China also scrubbed advertising of Bitcoin and other cryptocurrencies from their search engines and other social media.

According to local media, the ban will block access to domestic and foreign services in the cryptocurrency and ICO sphere in order to “ prevent financial risk.” This latest ban comes in conjunction with the bans on ICOs and exchanges last year, as this is seen as the final nail in the coffin.

An article published on Sunday night by Financial News, a publication affiliated to the People’s Bank of China (PBOC) confirmed that the attempts to stamp out Bitcoin and its affiliates with the exchange bans had failed.

With the exchange ban not having the desired effect, the already highly strung Chinese regulators will be looking to tightening their noose even further with this latest move.

“Overseas transactions and regulatory evasion have resumed,” added the article, as quoted by the South China Morning Post. “Risks are still there, fueled by illegal issuance and even fraud and pyramid selling.”

Part of this clamping down has also seen advertising vanish from the Baidu search engine and the social media platform Weibo, in a very similar vein as to what happened with Facebook recently.