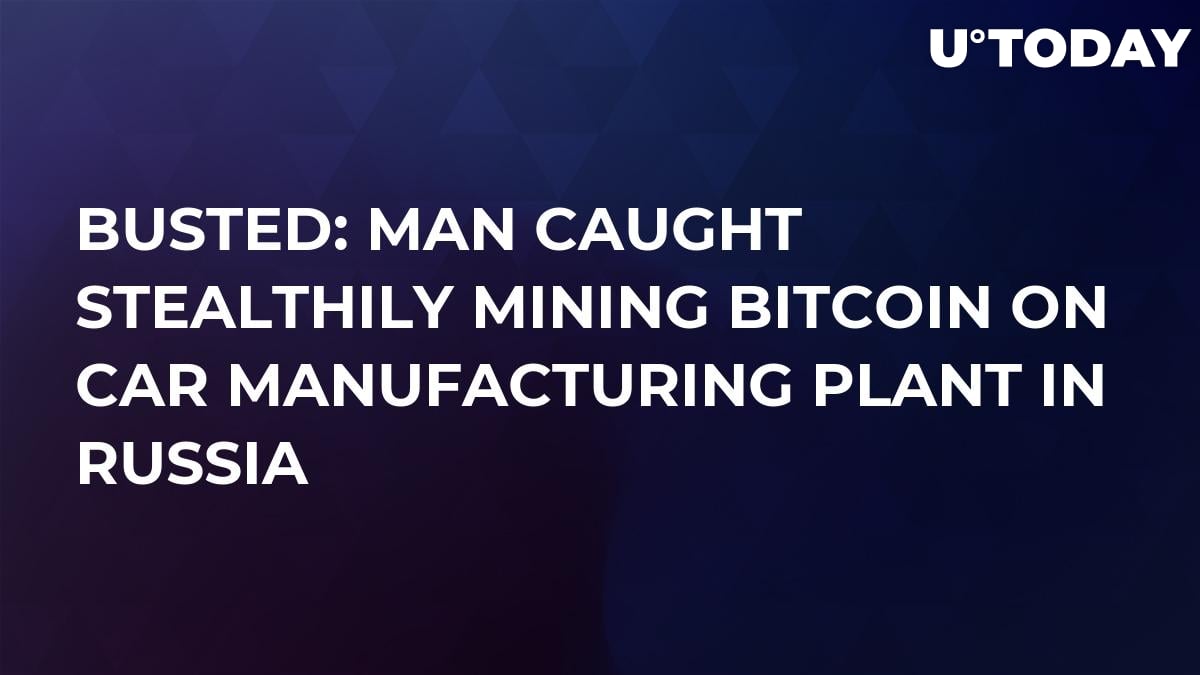 According to a local news outlet Tltpravda, the security service of AVTOVAZ, the leading Russian car manufacturer, found out that an unknown man had hidden a full-fledged mining farm in an electrical enclosure on its manufacturing plant in Tolyatti. As of Oct. 14, the identity of the man in question has been already revealed to the police.

The report concluded that the offender would leech on the company’s electricity for two years. In order to connect his mining farm to the Internet, he used a 4G modem. The covert mining facility has been active since November 2017. On top of that, it has also been revealed that the miner has managed to rake in 1.2 mln rubles (about $18,000).

However, some users took this announcement with a grain of salt, pointing to the timing in the initial report and scoffing at a possibility that such electricity expenses (₽600,000 since November) would go unnoticed. There is an assumption that AVTOVAZ could have started monitoring gargantuan energy expenses a year ago, but later they discovered discrepancies between the amount of power used by working equipment and the actual numbers.

In addition, the security service likely underestimated the energy consumption of the mining farm (it hasn’t been mentioned how many miners were actually installed). Still, it remains unclear how he managed to sneak up with the equipment inside the car manufacturing plant. Some users jokingly suggest that a cryptocurrency miner could be also added to one of AVTOVAZ cars.