Denys Serhiichuk
Which coin can show the biggest growth soon? 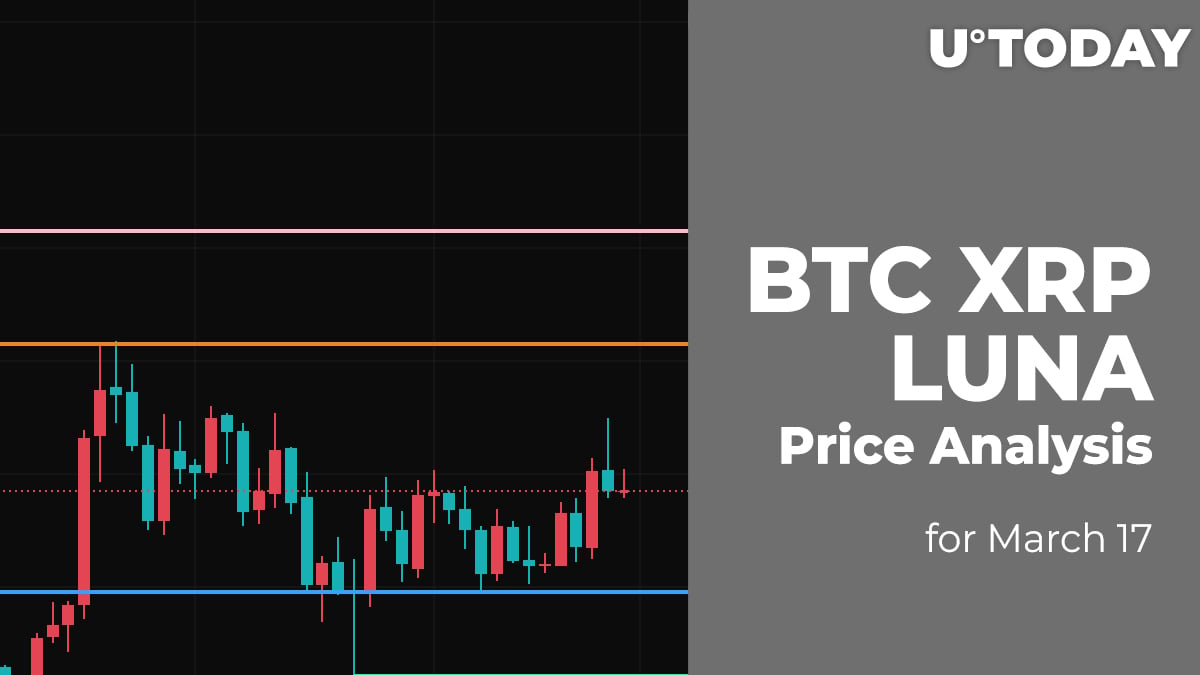 Despite the recent fall, bulls have managed to seize the initiative as most of the coins are in the green zone. LUNA is the only exception to the rule, going down by 0.56%.

The rate of Bitcoin (BTC) is almost unchanged since yesterday, growing by only 0.32%.

Bitcoin (BTC) has showed sharp growth against increased trading volume. Bulls have fixed above $40,000 and are currently trying to get to the $41,000 mark.

XRP is the main gainer today from our list, growing by 2.53% over the last day.

XRP has continued the growth after it successfully bounced off the $0.75 mark. At the moment, the price is slightly approaching $0.80, which is crucial in terms of mid-term growth.

If the daily candle fixes around this mark and the trading volume increases, there is the potential to see the test of the blue resistance level soon.

Unlike other coins, LUNA could show the same growth, going down by 0.32%.

Even though LUNA is trading closer to the resistance level than to the support level, it could not fix above $90 yet. Thus, the trading volume has decline, which means that the coin needs to accumulate more energy for a further move. If buyers can keep the pressure on, they may break the $100 level soon.