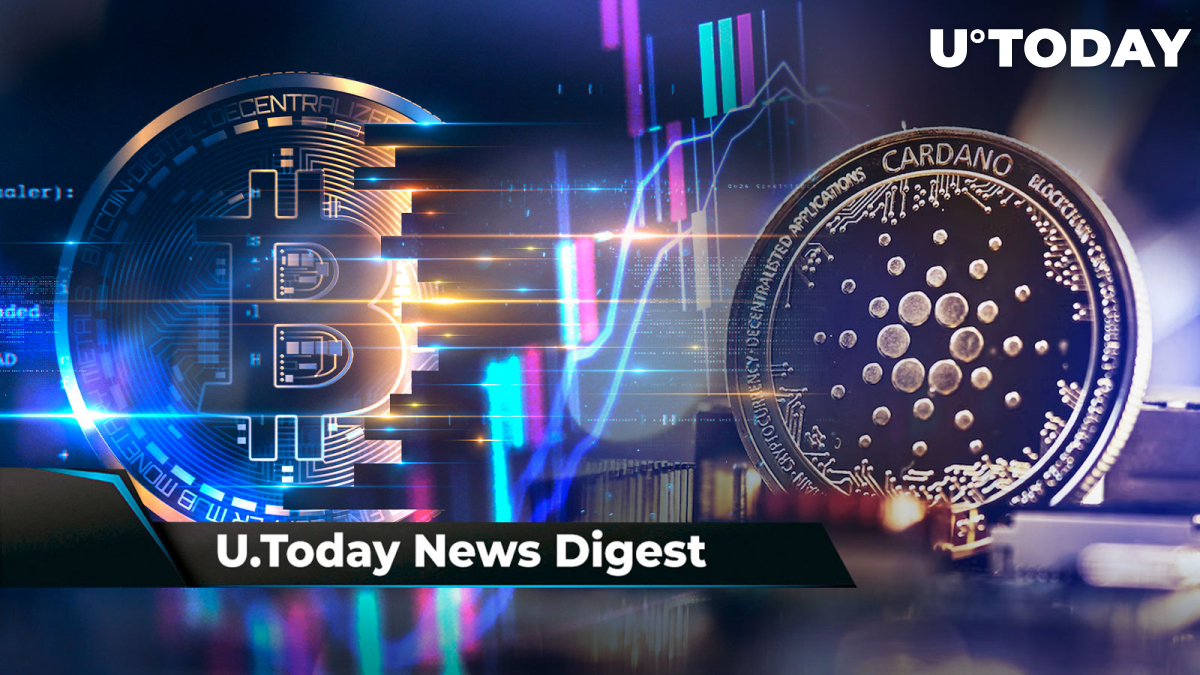 According to Coinbase’s orderbook, Bitcoin traders and investors are aiming at the $17,000 price range as the king crypto previously tested the lowest price in almost two years. The last time such a bid-side tilt in the orderbook was seen was back in March 2020, when Bitcoin hit its absolute lows after the bull run of 2017. However, Bitcoin and events around it have not shown any reasons as to why it is going to plunge back below $20,000. And rightly so: as reported by U.Today earlier today, Bitcoin surged to an intraday high of $24,010 on the Bitstamp exchange at 12:48 a.m. UTC.

As stated in a recent report by Messari, Cardano is “priced more aggressively” in comparison to the blockchain’s adoption metrics. Messari data shows that in terms of the number of daily transactions, Cardano trails Solana, Algorand, Tezos and NEO. Cardano also has less total value locked (TVL) than Solana and Algorand, the report says. Messari further found that Solana overmatched its main rivals in major fundamental metrics, with its native token, SOL, priced “conservatively” compared to ADA and other peers. At the moment of publication, ADA is trading at $0.53, up almost 5% over the past 24 hours, per CoinMarketCap.

Yesterday, BabyDoge cryptocurrency surged 20% on a teaser of an important announcement published by the project's official Twitter account. Many BabyDoge holders hope that the announcement will concern the long-awaited inclusion of the coin in its listing on Binance. This has a good chance to happen, given that the head of Binance, Changpeng Zhao, once said that the main parameter for a cryptocurrency to be listed is the large number of people involved in trading it. With the BabyDoge holder count exceeding 1.6 million and the increased activity of Binance-affiliated media with regard to BabyDoge, this major announcement may be able to finally make the wishes of the BabyDoge army come true.

Per WhaleStats, Shiba Inu saw a massive 511% rise in trading volumes over the last 24 hours. In addition to this, the average SHIB balance and value of this category of holders have increased by 26.58% and 24.18%, respectively. The spike in trading volumes was caused by increased activity as WhaleStats reports a 70% spike in active addresses with crypto whales interacting with billions of Shiba Inu. Shiba Inu is currently facing buying pressure from whales, ranking among the top 10 most purchased tokens among the 2,000 biggest ETH whales in the last 24 hours.