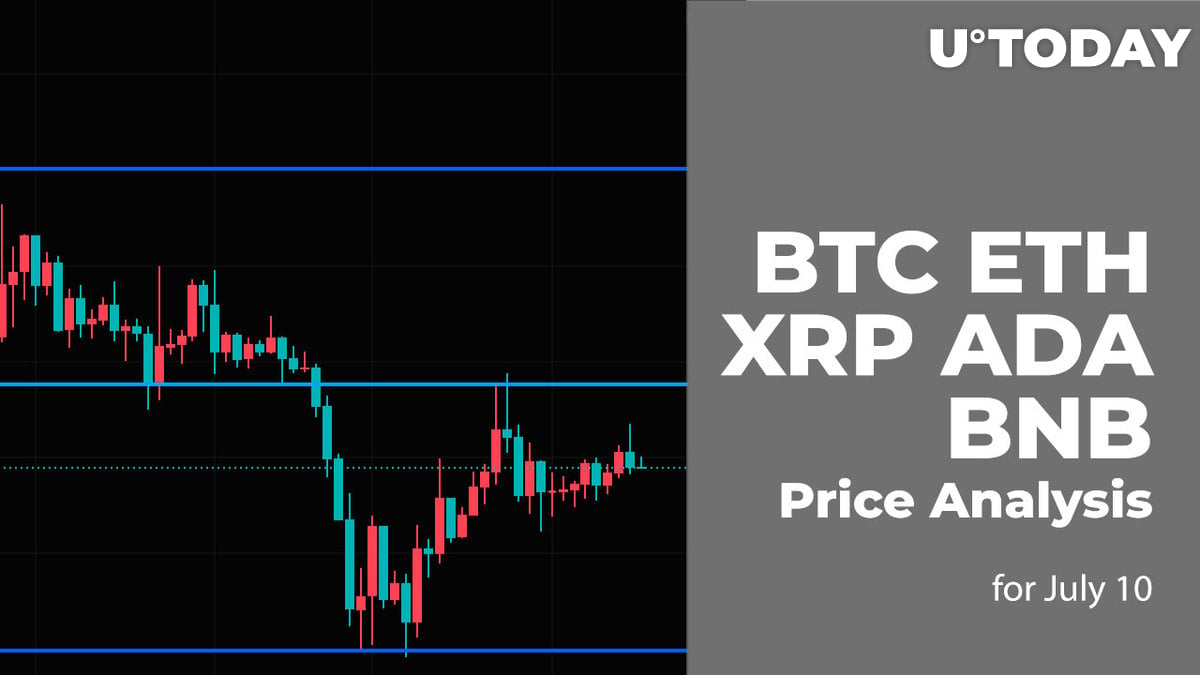 The cryptocurrency market has faced a decline on the last day of the week as most of the coins are in the red zone.

Despite today's decline, the rate of Bitcoin (BTC) has increased by 11% over the last week.

On the daily chart, Bitcoin (BTC) has bounced off the mirror level at $20,895. Until the price is above it, bulls keep controlling the situation on the market. But if sellers' pressure continues and the candle closes below $21,000, the upcoming week might be bearish for the main crypto.

Ethereum (ETH) has lost more than Bitcoin (BTC) as the drop has made up 3.12% since yesterday.

Ethereum (ETH) is looking worse than Bitcoin (BTC) as the rate is about to test the local support level of $1,162 on the daily chart. If buyers cannot hold the initiative, one can expect a sharp drop to the $1,000 zone shortly.

The rate of XRP has also risen over the last seven days.

XRP is trading similar to Ethereum (ETH) as the price has already touched the support level. If the daily candle closes below it, bears might keep the decline to the $0.33 mark within the next few days.

The rate of Binance Coin (BNB) has grown by almost 10% since the beginning of the week.

Binance Coin (BNB) has lost the $240 mark and is now on its way to the support level at $230. The selling volume is low, which means that there is a high possibility to see a false breakout, followed by a later rise.

Cardano (ADA) is the weakest coin from the list today as the growth has made up 4.78% over the last week.

Bears have absorbed almost all of yesterday's rise, which means that the altcoin is not ready yet for mid-term growth. Respectively, closure near the $0.46 mark may generate a sharp drop in the upcoming week.