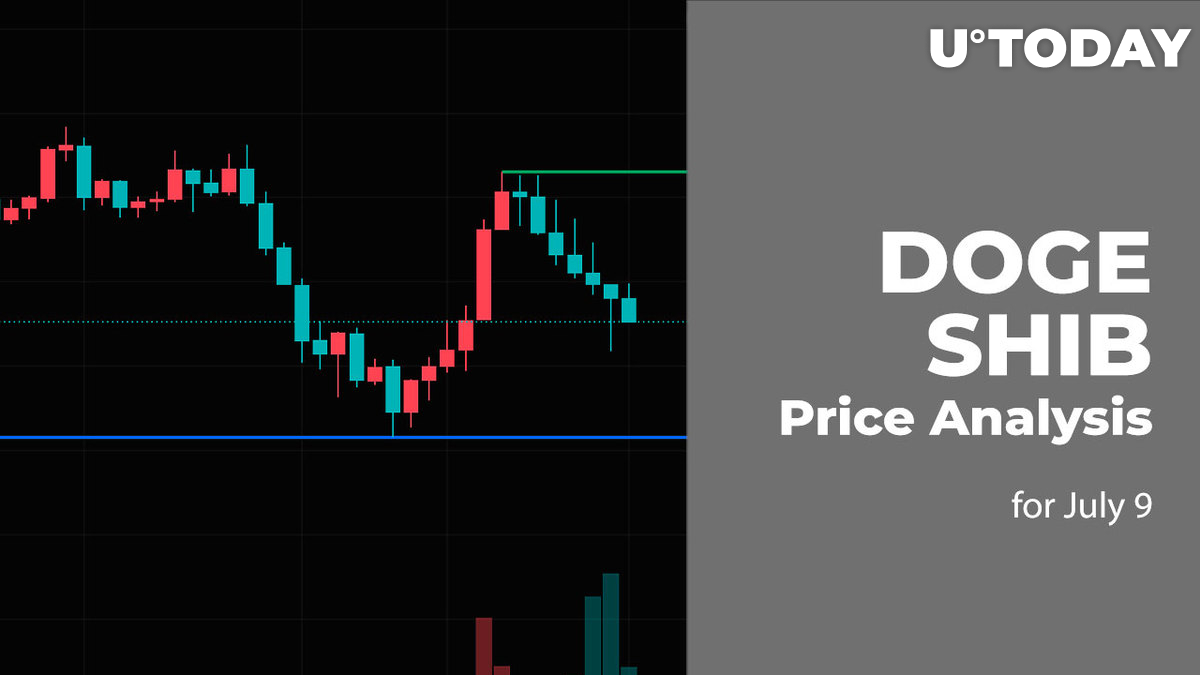 The weekend has begun with continued bulls' dominance as all of the top 10 coins keep rising.

DOGE is following the rise of other coins, going up by 0.24%.

Despite slight growth, DOGE keeps trading in a wide channel, accumulating power for a further sharp move. At the moment, the price is closer to the resistance than to the support level, which means that bulls are more powerful than bears, to a certain extent.

If the price can return to the $0.07 mark and fix above it, there are chances to see a continued upward move.

SHIB has not followed the rise of DOGE, falling by 0.08% since yesterday.

From the technical point of view, SHIB is trading similar to DOGE as sideways trading remains the more likely scenario for the upcoming days. Further growth is possible only if the rate returns to the $0.000012 zone.