Denys Serhiichuk
Has the cryptocurrency market gone down enough for a bounceback? 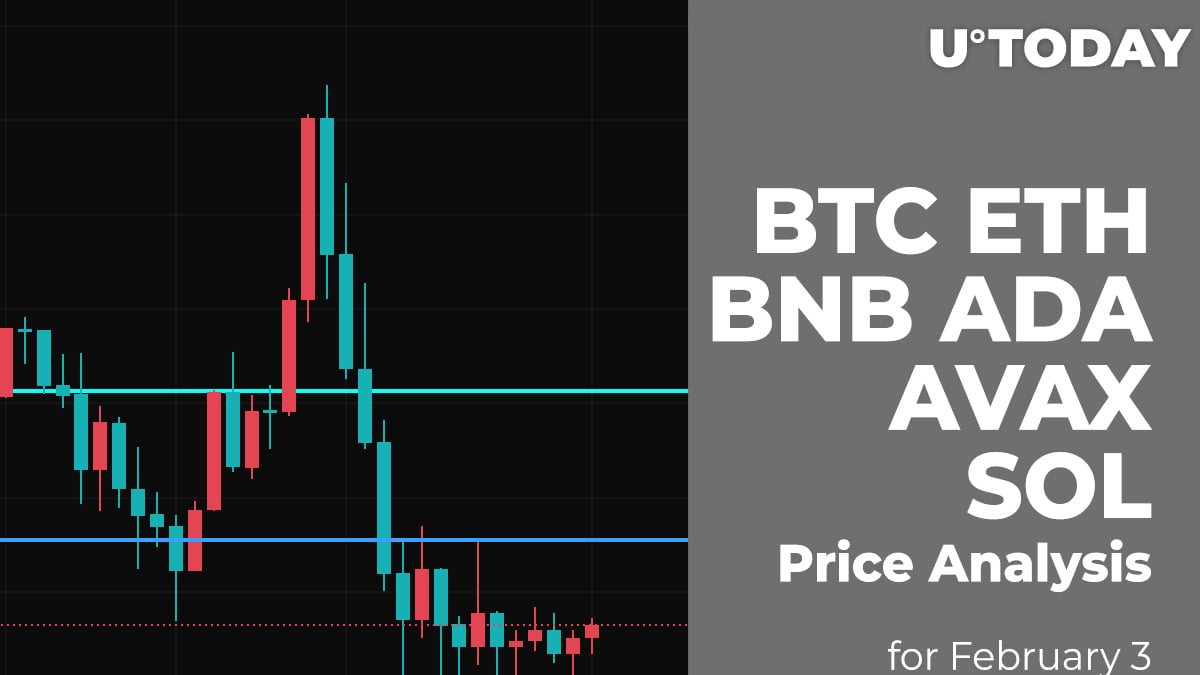 February has started with the continued decline of the cryptocurrency market as all of the top 10 coins are in the red zone.

Yesterday morning, the sellers dominated the market, and the bulls failed to resume the assault on the resistance of $38,900.

In the afternoon, the bearish momentum pushed the pair below the two-hour EMA55, and by the end of the day, the price of Bitcoin (BTC) broke through the support of the $37,149 level.

Selling volumes decreased tonight, and the price stopped the decline. During the day, one can count on some recovery in the area of average prices, but if the moving average EMA55 limits growth, then the pair can return to the support of $36,000.

Yesterday, the price of Ethereum (ETH) was under constant pressure from sellers. In the afternoon, the pressure of the bears intensified, and the pair rolled back to the area of average prices.

It seemed that the two-hour EMA55 would be able to stop the bears and keep the price flat. However, late at night, the sellers marked a local low around the $2,600 mark.

If sales volumes increase today, then a rollback to the level of $2,500 can follow, and if trading is sluggish, at a low level, then the lateral movement in the moving average area might continue until tomorrow.

Binance Coin (BNB) could not keep the rise after the vital mark at $400 that shows the weakness of bulls. At the moment, the rate is located in the middle of the channel, which means that sideways trading is the more likely scenario for the upcoming days.

Cardano (ADA) is trading similarly to BNB as it is also located in a narrow channel. After yesterday's sharp drop, the coin is trying to restore the lost positions, and if the daily candle fixes above $1.10, there are high chances to see short-term growth.

Avalanche (AVAX) is the biggest loser from the list today, falling by 10.51%.

Despite yesterday’s drop, the price is above $65, which shows the bulls' power. If bulls can accumulate energy in the area of $65-$75, there is a possibility to see a breakout of the resistance at $76.57 soon.

Solana (SOL) is not an exception to the rule, going down by 8.54% since yesterday.

Currently, the bears are more powerful than bulls as the rate is located closer to the support level at $87.73 against the increased selling volume. If the drop continues, there is a chance to see a decline below $80 next week.