Denys Serhiichuk
Can the meme coins grow against Bitcoin (BTC)? 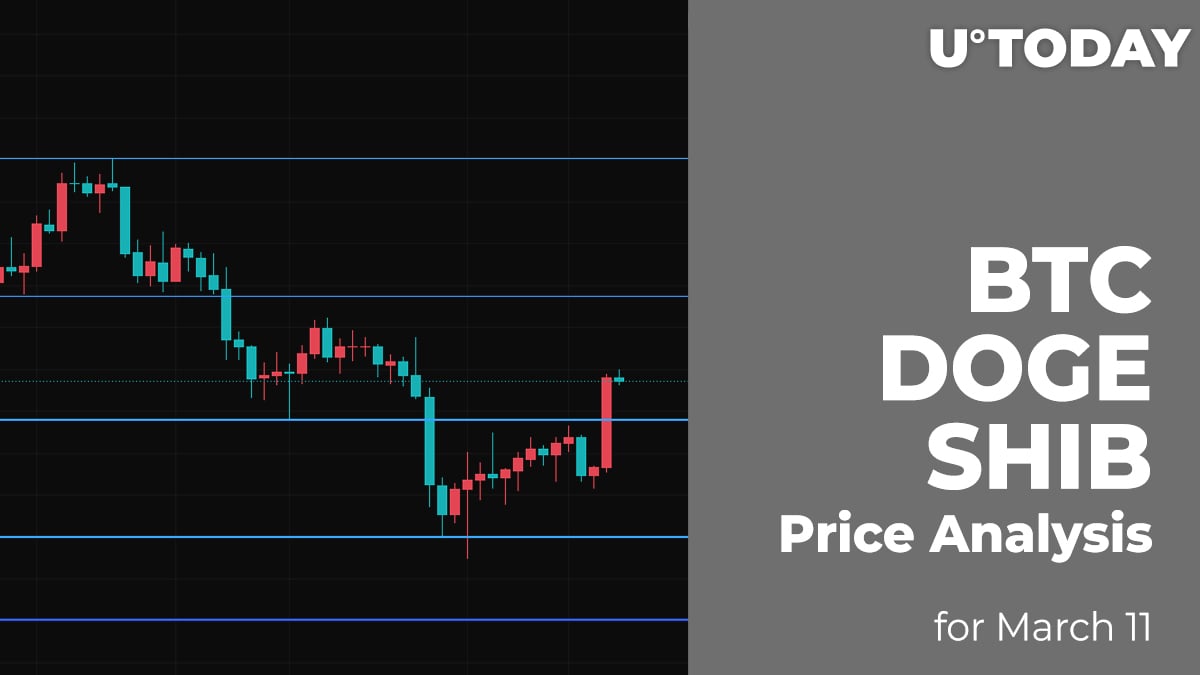 Bears are keeping the pressure on; however, some coins have come back to the green zone.

On the daily chart, Bitcoin (BTC) is fighting for the $39,000 mark against a high trading volume. From the technical point of view, the rate keeps trading in a wide range, accumulating power for a further sharp move.

DOGE is the biggest loser from the list today as the drop has accounted for 0.45% since yesterday.

DOGE has continued its drop after it could not fix above the $0.12 mark. Bears are keeping the pressure on against the declining trading volume. If nothing changes, there is a chance to see the test of the support level at $0.1065 once again. Such a scenario is relevant until the end of the week.

SHIB is the only coin whose rate is in the green zone. It has risen by 0.30% over the past day.

Despite the rise, SHIB has gone below the important support level at $0.00002310. If buyers cannot seize the initiative and return the price to the bullish area, the decline may lead the rate to the next vital level at $0.00002071. All in all, the mid-term price action remains bearish as long as buyers cannot get back to the zone around $0.000024.