Alex Dovbnya
A Canadian firm working in the sphere of finance has conducted new research that states: Bitcoin is getting less centralized compared to its early days 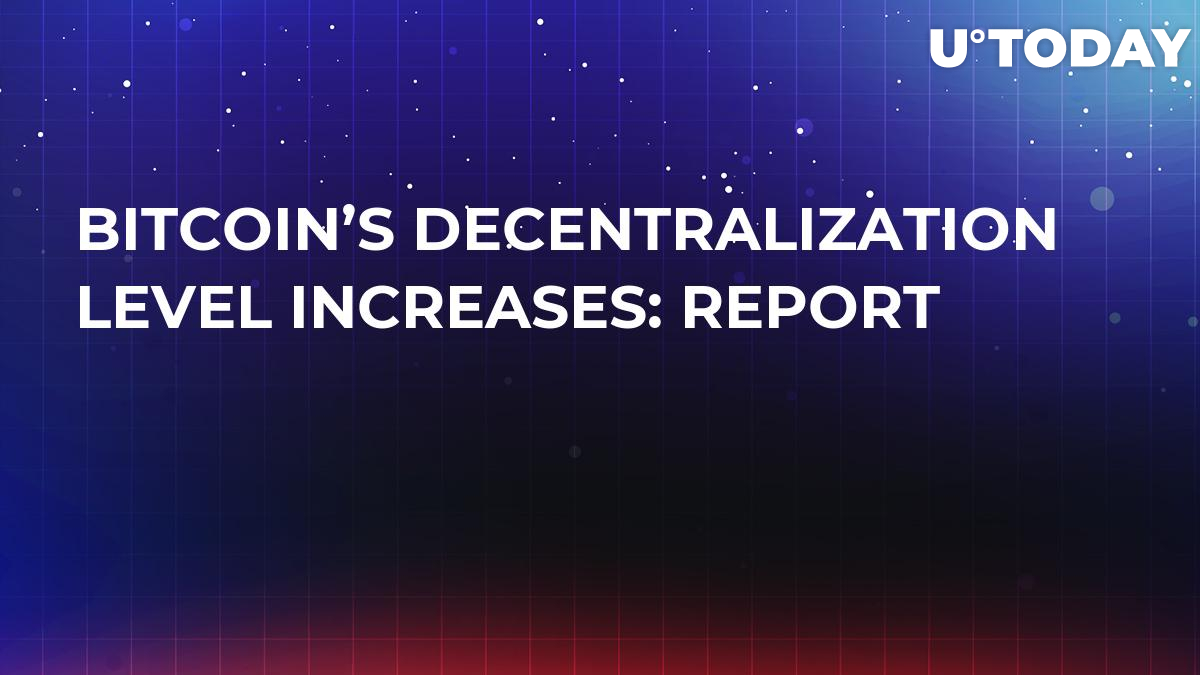 Recently, Canaccord Genuity Group released a report where it says that the BTC hashrate distribution suggests that Bitcoin is turning its ways towards bigger decentralization. The research says that it is happening thanks to the competition between manufacturers of mining equipment.

Back in 2014, Canaccord writes, around 50 percent of the overall BTC hashrate was in control of the GHash.IO mining pool. This made Bitcoin open to 51-percent attacks, when the majority of the hashing power is managed by criminals who use it for rewriting transactions.

However, in 2019, which has just arrived, the maximum hashrate controlled by one single pool of miners is not more than 20 percent. Just around five pools are presently controlling this 20 percent, whereas other mining companies are dealing with less than 10 percent of the overall BTC hashrate.

Related
Despite the Criticism, Ripple Arguably More Decentralised Than Bitcoin

Good news for the whole community

The fact that BTC’s decentralization level has increased is a very good thing, insists the Canadian firm. As per the report, the new state of things was caused by several factors. The most important is mining gear commoditization as the progress in the development of ASICs is slowing down, thus letting the rivalry for BTC mining rewards spread wider.

As an example, the competition between Canaan Creative and Bitmain was suggested, since the former cannot come up with a better change for its Antminer S9. Now Canaan Creative is selling its mining devices to an audience wider than that of Bitmain, so they can compete with Jihan Wu’s mining gear maker.

ARK Invest research says that the index of BTC centralization (HHI - Herfindahl-Hirschman Index) has dropped from its value of 3,000 six years ago to the current value of 1,200.