Yuri Molchan
According to Glassnode, Bitcoin is now worth almost 30% more than its input costs 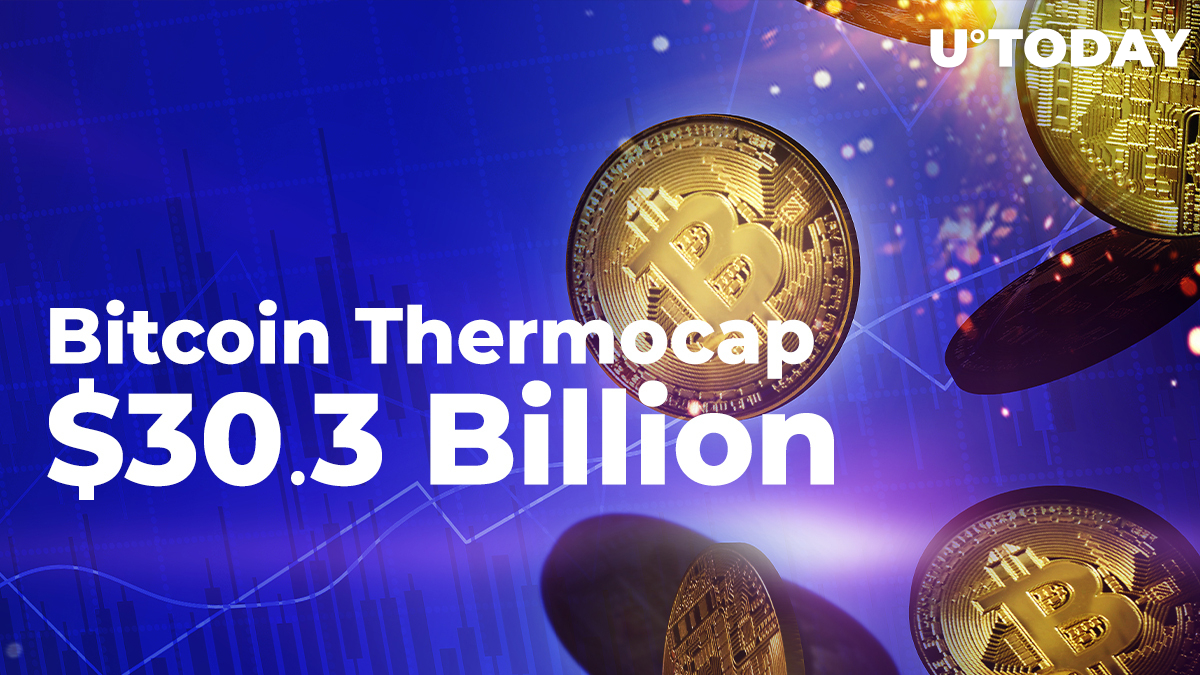 A chart shared by popular on-chain data vendor Glassnode shows that the thermocap of the leading cryptocurrency has surged above the $30.3 billion level. Those are the overall profits raked in by Bitcoin miners to date.

The Glassnode team has reported that, currently, the thermocap of Bitcoin stands above the $30.3 billion point. This metric includes the total sum of Bitcoin block rewards in USD earned by miners and transaction fees paid to them. The metric indicates the overall cost of production for the entire Bitcoin supply currently circulating on the market.

Thermocap stands for the total accumulated value produced by BTC miners, also taking into account the electricity they spend on their rigs, the Bitcoins they mint, transaction fees and so on.

CoinDesk compares this metric to GDP, in the same way that a country produces outputs after utilizing raw materials.

At the moment, according to Glassnode, with the current Bitcoin market capitalization value, Bitcoin is worth almost 30 times more than the total input costs paid by miners.

At the start of the year, Bitcoin's thermocap reached a high of $20 billion, rising by over 100% in the previous two years.

It reflects the aggregate 'cost of production' for all circulating $BTC

The Thermocap just passed $30.3B

At a market cap of $900B, #Bitcoin is worth 29.7x more that its total input costs pic.twitter.com/mCiwKJGLi6