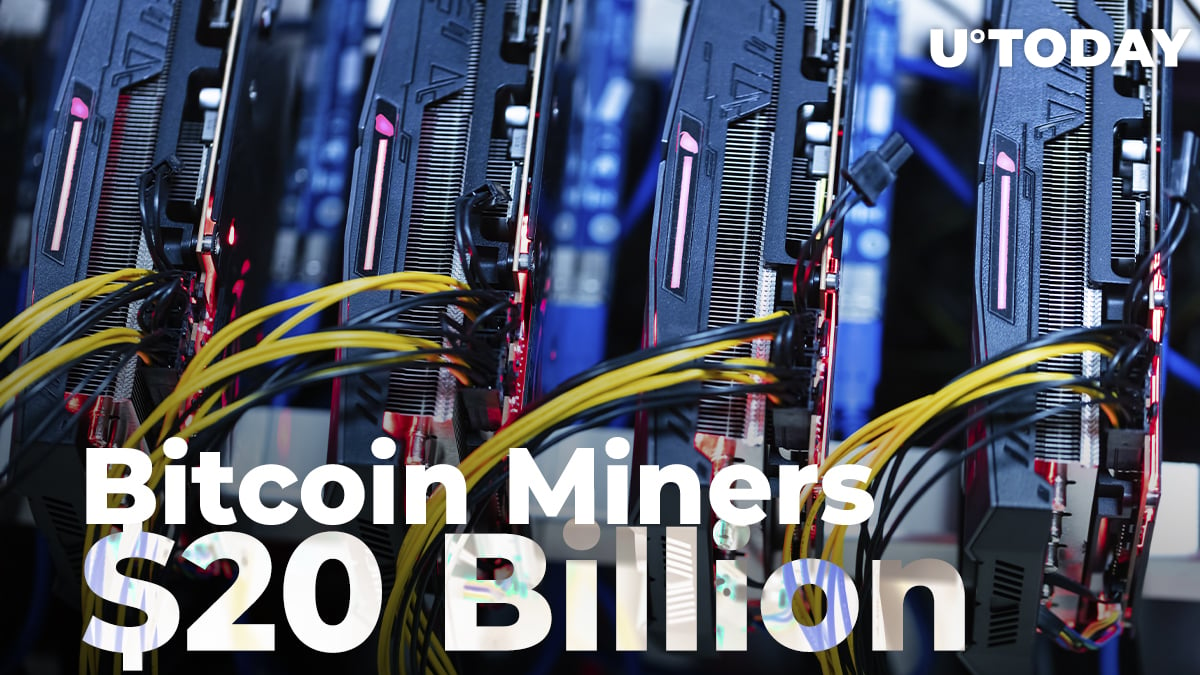 Bitcoin's "thermocap," or total miner revenue, has hit a major milestone of $20 billion, according to Glassnode.

It has increased by more than 100 percent over the past two years.

Bitcoin fees are on the rise

The "thermocap" figure factors in both block rewards and transaction fees paid to miners.

It took Bitcoin over a year to add $5 billion to the all-time miner revenue after reaching the $15 billion milestone back in October.

While block rewards still account for the lion's share of revenue, their role gradually diminishes with every quadrennial halving.


Related
Washington Could See Another Invasion of Bitcoin Miners

Bitcoin's hashrate—which hit a new all-time high of 171.2 EH/s at the end of December—has seen a 10-fold increase since the previous bull market.

According to data provided by Luxor Technologies, the average daily revenue per one terrahash topped off at $0.3178 on Jan. 9, after Bitcoin climbed to its current all-time high of $42,000. On Jan. 7, Bitcoin miners earned over $45.2 million in one day.