Dmitry Cake
We don’t need no hesitation: the cryptocurrency market stagnates with no movement for the third day running. 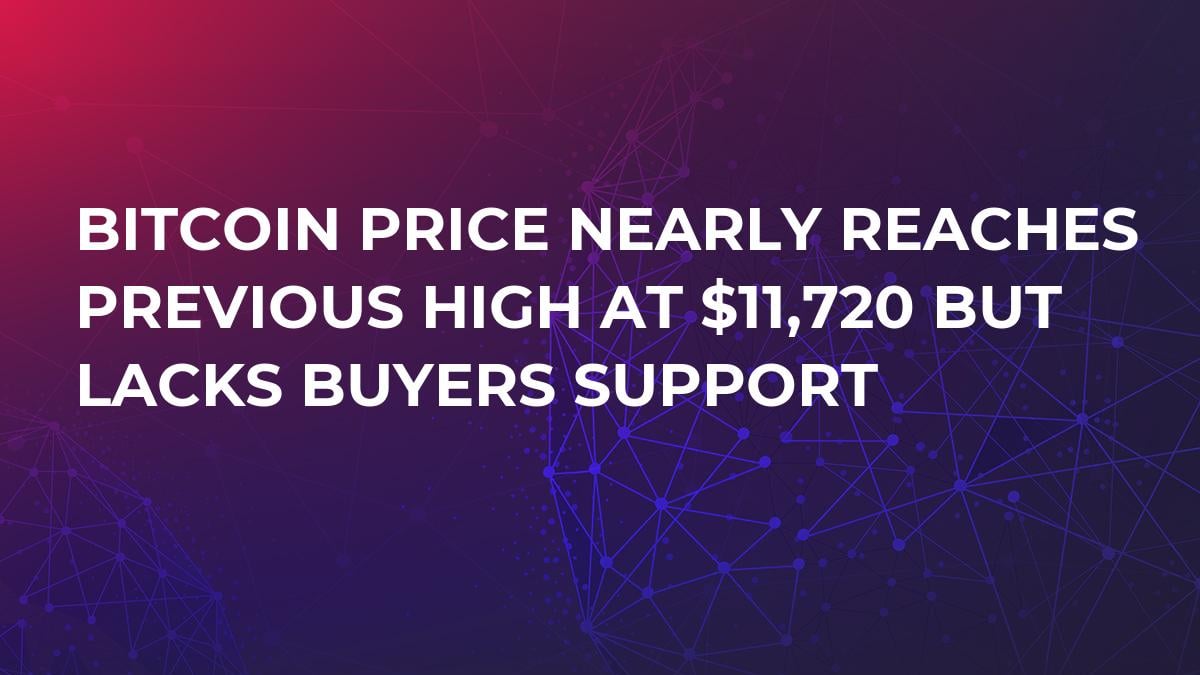 By early Tuesday, the market continues to be riddled with indecision. Among the main assets, we see some slight corrective movement within the normal range of volatility. Total cryptocurrency market capitalization is $460 bln, and Bitcoin dominance, as we expected, continues to grow, reaching 41.8 percent.

During the day, Bitcoin price reached $11,720 at the peak, which is nearly equal to the value from Feb. 20, when bulls made the first attempt to break the downtrend. The market’s main problem remains the same- the lack of volumes.

Timid altcoins are unattractive for investors

We would love to be able to tell our readers that altcoins are finally living an independent life, but alas, it isn’t so, they are still huddling in the shadow of Bitcoin, and when it takes a step back, they run in fear. NEO is the leader of the anti-rating today, with a price decline of 6.5 percent.

The completed Ontology token airdrop continues to influence the asset, but the limit of suffering for long-term investors is close (more details in our analysis). NEO is followed by Stellar, paying for yesterday’s rapid growth with a decline of five percent.

The other assets in the top 10 show nearly identical losses around two to three percent. Cardano looks better than the rest of the market; it lost just one percent, even less than Bitcoin.

On the underlying asset chart, we see the formation of a double top of the highest order. The first peak falls on Feb. 20, the second was yesterday. The inability of buyers not just to overcome the previous level of resistance, but even to reach it at all, should not be alarming in the context of the current market situation. On the contrary, a small correction will allow the price to approach the important level of $12,000 lightly, having dumped doubting passengers on the way up.

The falling of price slowed without reaching $11,100, where a large number of transactions  were made, this is a good sign. In case of continued decline, the next support will be at the $10,800 level, which is formed by the intersection of the parallel ascending channel and the 0.382 Fibonacci correction, as well as the boundary of the maximum volume accumulation for the period since the middle of January. Given this triple confirmation, even if the bears gather all remaining strength, the level is very likely to hold. In terms of continued growth (not “if,” but “when”), the targets described in yesterday’s price review remain pertinent- first $12,000, then the range $13,000-$13,300.

Analyzing the NEO price chart, we conclude that the aforementioned limit of investors' suffering is at the level of $107- this is the minimum price reached in the course of the previous trading day. All other factors point to continued growth: the higher ($115) fair price for the two-month period, the proximity of the mirror support-resistance level, and the “hammer” candle combination which indicates a trend change.

Bitcoin price remains the only uncertain factor. However, even if it declines to the levels indicated above, the holders of NEO long positions have no cause for deep concern. Most likely, such a significant decrease was initiated by sales after the completion of the airdrop and everyone who wanted to get rid of the asset surplus has done so by now. If the turnaround is confirmed, the first growth target is at $125.

Until now, Cardano wasn’t doing that well, globally, the asset is in a downtrend since the beginning of January. Moreover, now the price is only 10 percent higher compared to the minimum, reached during the February correction. However, where inexperienced traders see the negative, we urge our readers to look for opportunities! On the chart, we observe the formation of a descending triangle, with its lower boundary forming a support level which coincides with the "bottom of correction."

The fair price and the maximum trading volume are also placed higher than the current values, which means that the asset has good prerequisites for growth. To our readers, we recommend one of two options for building long positions: either from the support level ($0.26) or in case of a breakthrough the top boundary of the triangle. The nearest targets for growth are the levels of $0.37 and $0.44. The first coincides with the 0.618 Fibonacci extension, the second- with the mirror level.