Bitcoin Price Is to Drop 65%! Is There Any Chance for the Next Bull Run?

Vera Yurina
Bitcoin price prediction from YouTube: BTC price is to make a massive drop to $1,839. When will we face the bottom? 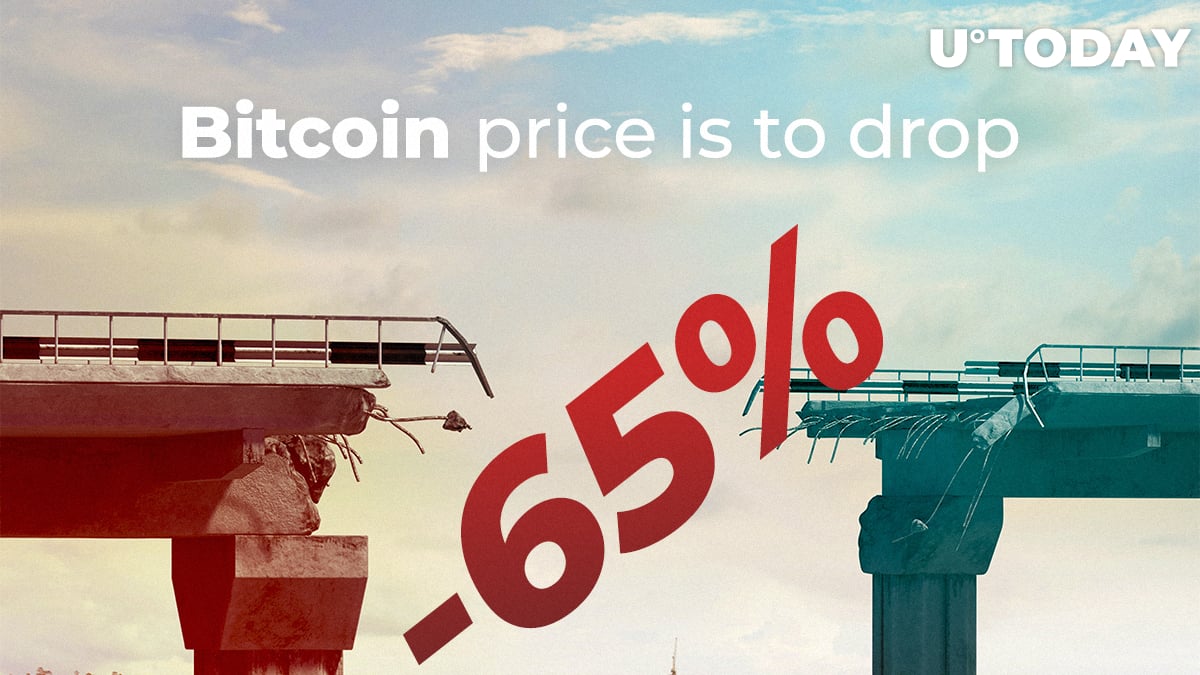 Now that Bitcoin has stopped its rapid growth and is staying around the $5,200 level, traders are all eyes on the charts, playing guessing games. YouTube blogger and amateur crypto trader OPTICALARTdotCOM decided to take a look at Bitcoin 2019 price projections and came up with a number of interesting suggestions.

Watch the video and read the summary below.

After analyzing long-term BTC price history charts, OPTICALARTdotCOM has found out that there’s a lot of correspondence between the 2014 bear market and the recent 2018-2019 bear market. He depicted the shift pitchfork to show that in 2014, BTC reached the peak, and then went down.

As a result, BTC ended up being near the support zone – two rallies finished, and BTC stabilized. In the 2018-2019 bear market, this movement looked exactly the same. Now, it also follows pretty much the same trajectory: there are two rallies following two different paths

Related
Satoshi's Treasure Hacker Won't Share His Keys Anymore. Will He Win $1 Mln Worth of BTC?

However, back then, there was no structure and order like now – in the last bear market, the pattern was more structured, and more people participated in price manipulations. We can draw a shift pitchfork again and see that even though the structure is different, the path is pretty much the same thing

But what’s the difference?

Indeed, the 2014 situation matches the current channel. Within the current pitchfork, there are four channels for BTC to go through. We still have one channel to come before another true bottom of $1,839 happens.

Was the bull run genuine?

So, what else has driven the bull market except volume? According to the blogger, the bull run news is speculation from both people and organizations. It’s okay for them to massively buy BTC, which makes up for the price drop. This is what might have happened now.

In 2014, the higher high didn’t mean a bull market – BTC dropped again. This was not what people expected.

Now, we also had a higher high, but it appeared to be a disillusion. All in all, the major shift took around 150 days.

So, what to expect? A bull run? No, the blogger expects BTC is to go to the aforementioned bottom of $1,839. In the last 2017 occasion, Bitcoin was overhyped and massively sold – that’s what caused such a serious dump. We still might top out, but it won’t last long. After the bottoming, the recovery might take months

Now, BTC has to find the bottom – there might be an ascending triangle. Look for this sign!

Comparing the 2014 bear market with our current location in the 2019 bear market, we are due for a 65% correction. Our next Bitcoin bull run is further off than most believe. To find out when and why the 65% drop is coming, watch the next videos and do your own crypto market research. Always rely on yourself and only make investments you can allow to lose!