Yuri Molchan
As Bitcoin is down to $38,000, Peter Schiff names a scenario that is likely to take the leading crypto below the $30,000 level and lower 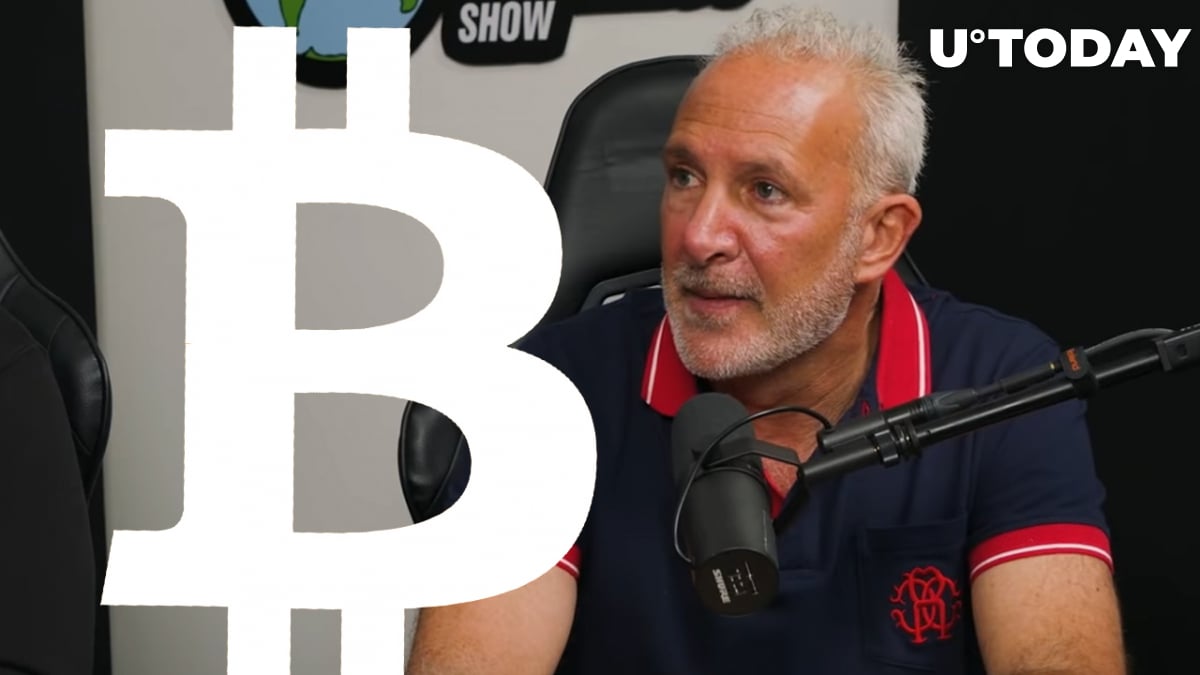 After plunging from $43,200 to the $38,390 level earlier today, Bitcoin has so far managed to recover slightly above $39,000. Vocal Bitcoin hater and gold proponent Peter Schiff has tweeted a prediction that following the breaking of the head-and-shoulders top, the flagship cryptocurrency may now go even lower than $38,000.

The founder of ShiffGold and Euro Pacific Capital CEO has taken to Twitter to gloat over the sudden Bitcoin price crash.

In his tweet, he wrote that Bitcoin has broken the neckline of the reverse pattern "head and shoulders" top. This pattern projects a Bitcoin move under $30,000, according to Schiff.

As soon as that level is passed, Schiff adds, BTC will have completed a big "double top" pattern and, should it happen, it is likely to be followed by a crash under the $10,000 level.

#Bitcoin has finally broken the neckline of a head-and-shoulders top. The scary part for the longs is that the pattern projects a move below $30,000. Once that level is breached Bitcoin will have completed a massive double top. From there a crash below $10,000 is highly likely.

In another tweet, he moves on to the issue of gold. So far, year-to-date, XAU has risen 0.5%. He believes that, compared to the massive fall of stocks, gold has demonstrated itself as a reliable store of value—unlike Bitcoin, which has dropped 18% year-to-date. That is a lot more than most stocks; therefore, BTC cannot be compared to gold as a SoV.

He also reminded his followers that Bitcoin is now down a whopping 44% from its all-time high of $68,789 reached on Nov. 10.

At press time, Bitcoin is sitting at $39,161 on the Kraken exchange. As reported by U.Today earlier, CEO of Galaxy Digital Mike Novogratz expected Bitcoin to bottom out at $38,000.

Santiment analytics data vendor has tweeted that despite the massive fall from the recent all-time high and an 18% drop this year, Bitcoin returns in the past five years are still almost 48x bigger than the S&P 500 and 84.5x higher than gold over the same period of time.

A day earlier, Santiment tweeted that Bitcoin whales continue to move their BTC stashes from crypto exchanges. Right now, according to data provided by the agency, non-exchange wallets hold 8.91 million more Bitcoin than they did 10 years ago. Besides, the overall amount of Bitcoin held in cold wallets is about to surpass 17 million coins for the first time ever.

This is almost all of the circulating supply of the flagship crypto. According to CoinMarketCap, there are now 18,935,862 Bitcoins in circulation out there.