Bitcoin May Be Going Bust But Blockchain is Going Nowhere

Darryn Pollock
While the price of cryptocurrencies is in freefall, there is very little negative sentiment being felt for its underlying technology, the blockchain. 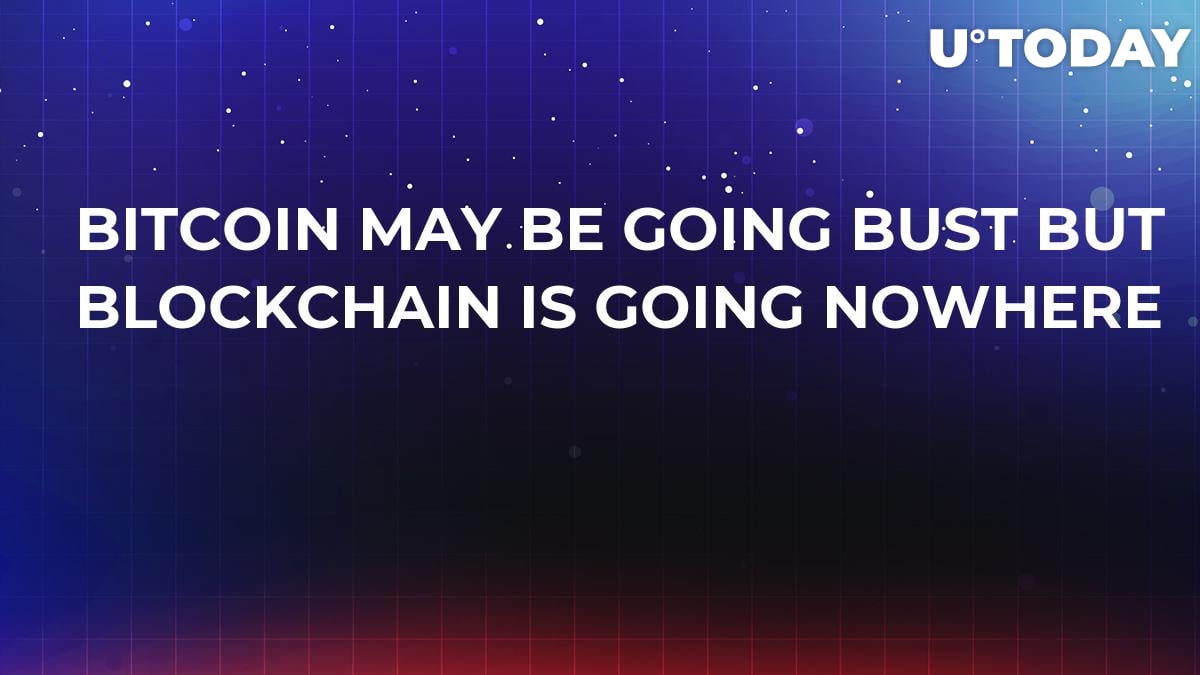 While Bitcoin has been going through a bear market for most of 2018, it has now reached a point where many feel that real danger lies ahead for the cryptocurrency market. Bitcoin’s price is dropping to nearly 80 percent down of its all-time high in December 2017, and many investors are capitulating.

However, markets, regardless of their asset, are prone to bearish and bullish trends, which affect those who have invested in chasing money. Where Bitcoin and the rest of the cryptocurrency market differs is that the underlying technology that it is based on seems to be continuing on its route.

Blockchain adoption, growth, and interest have always grown slightly separated from Bitcoin, with those vested in the potential of the technology more focused on the future than on the possibility of making money. As such, even in this market bloodshed, there is promise and potential continuing to come from the blockchain sector.

Major companies — even governments and big VC firms — have been happy to dive into blockchain projects as they look to the future of the technology, separating themselves from the speculative market. The promise of security, transparency, and efficiency that can affect many different sectors is still enticing.

There are clear examples of blockchain technology making a splash in the current climate, but much more for their potential in the future — which is attracting the tech investors rather than the market investors.

In Fortune’s list of the best investing advice for 2019, experts include blockchain alongside robotics and AI as some of the most significant technological changes we’ll see coming to the largest companies in the next few years.

Even some of the world’s biggest companies — of course, based in tech — like Google, Facebook, IBM, and Microsoft are heavily invested in blockchain and are trying to build the technology up to a workable situation, which is in fairness, still a few years off. IBM holds a mass of blockchain patents aimed at many different problems that they believe can be solved with the innovative distributed ledger.

While the market cap of cryptocurrency has traversed between $200 and $300 bln this year and is now falling under that, the market cap of blockchain related products and services is far smaller. However, this should be seen as a positive.

So, while major companies and firms are driving blockchain adoption at a more sedate and less volatile rate, it is starting to expand as mid-tier global corporations are also joining in. There is plenty of evidence of car manufacturers looking at Blockchain, from Porsche, BMW and Mercedes, and there is also Air France-KLM, Air Canada, Lufthansa, and Air New Zealand partnering with Winding Tree to try and innovate the air travel industry.

The dangers of speculation

No one can be sure where this latest market collapse for cryptocurrencies is going, but it is becoming clear that there was a clear overhyped and speculative sentiment propping up these digital tokens.

Luckily, the advancement of the technology has been somewhat immune to this, instead left to be explored on merits by companies that can see the real advantages to it rather than its ability to make a quick dollar.