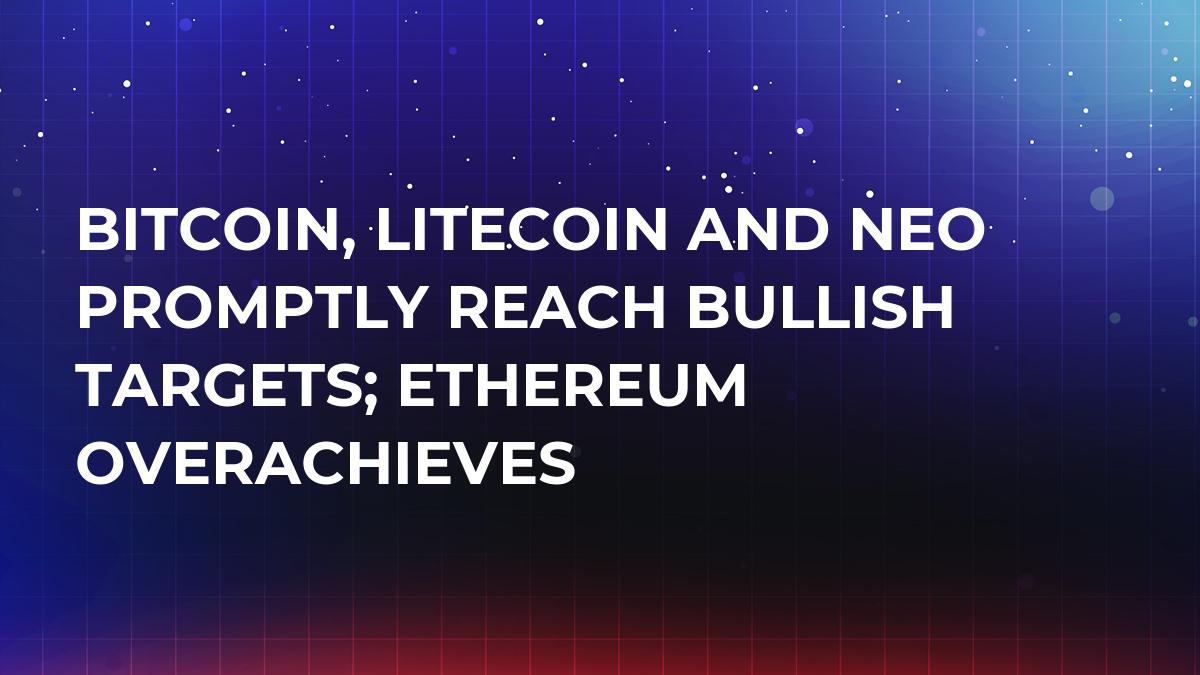 By the beginning of Tuesday, the upward bullish trend has found a long-awaited development, and the goals we had indicated for a number of assets last week have finally come true. According to the rules of the game, now the market needs to cool down before continuing the movement, but the bulls seem to be on a roll and may take some time to slow their pace.

Capitalization of the market has crossed over the round quadricentennial mark in the past 24 hours and is now at $425 bln. Bitcoin dominance, which stayed at 38 percent most of the previous day, has given way by 0.5 point, to 37.5 percent. Bitcoin Cash continues to attract the flow of capital and the attention of investors, growing by another 20 percent after a slight fallback.

Bitcoin Cash is joined by another hard fork of the main asset, Bitcoin Gold, which showed an impressive growth of 30 percent over 24 hours. Dash concluded Monday with a more modest, but still respectable result - an increase of 15 percent. The coin is in 12th place among assets by capitalization, and Monero is right next to it, in 13th. This proximity will make it interesting to see which of the privacy coins will win the love and the money of investors. The rest of the top altcoins show moderate results of 4 to 7 percent.

Yesterday's Bitcoin activity could exhaust any trader - several times, the asset approached the realization of a “bearish wedge” pattern. It was barely kept from going under to the dangerous support level of $8,800, where buyers could lose their nerve, turning into sellers. However, by the end of the day, with double the average volume, the bulls were able to push Bitcoin one level higher into the price range of  $9,100 - $9,300.

The next target for bulls is represented by the level of $9,500, and given that someone big and powerful is obviously keeping Bitcoin from falling, we are not ruling out the possibility that this target will be reached within a day or two.

On the other hand, the price has pushed up against the boundary of another ascending channel, which is giving additional resistance. Therefore, we believe that today and possibly tomorrow, the asset will be trading inside the ABC triangle, after which we will either see the bulls’ goals achieved, or a correction toward the range of $8,600 - $8,400. We recommend that our readers actively protect their profits with the help of stop-loss orders.

Last week, Ethereum not only did not lag behind the market, but often outperformed it, so the overall growing trend allowed it to achieve the goal of $615 without much difficulty, where an attempt was made to bring the price down. But the buyers did not leave the asset to be torn apart by the bears, and followed up by reaching the mark of $670.

Ethereum practically pushed up against the boundary of the ascending channel, which is already steep enough to just break upward through it. Therefore, we expect lateral trading with a possible fallback to $630.

The next goal for short-term investors is suggested by the value of fair price since the beginning of December and the 0.618 Fibonacci expansion - it's $ 690 - $700.

After reaching the mark, we can see a trend change, not necessarily to a downtrend, but perhaps to a more gently sloped one. The medium-term goal of $800 already looms on the horizon, but it is too early to predict how it will be reached.

Though slower than its closest neighbors in the top 10, Litecoin is still growing steadily, reaching $160 yesterday. Its channel is more gently sloped and wider than Ethereum’s, so it has a larger margin for lateral trading - which is what we are expecting today.

After that, another spurt to $170 is likely, where Litecoin will meet a very strong resistance. The situation is aggravated by the passage through the target price of the inclined mirror level of support-resistance, indicated by the green line. So, after reaching this mark, we expect the price to fall back at least back to $160, at most to $150 with the subsequent formation of a new movement logic.

Two ascending NEO channels with different slopes have formed a single channel, limited not by straight lines, but rather by curved ones - this channel has determined the asset’s movement for almost 20 days. The maximum price was recorded at $79.3, so we’ll consider our target of $80 to be reached.

Further developments can be very rapid.

The volume profile tells us that above $80 and up to $100, the volume of sales and purchase transaction was not significant, which means that buyer and seller interest is not concentrated in that range.

In any case, we determine $100 to be the next target for bulls. To achieve this, NEO will probably have to gather strength in the range of $70 - $80, and the price minimum in case of correction will be at $66.