Alex Dovbnya
The Bitcoin network has logged over 600 million transactions 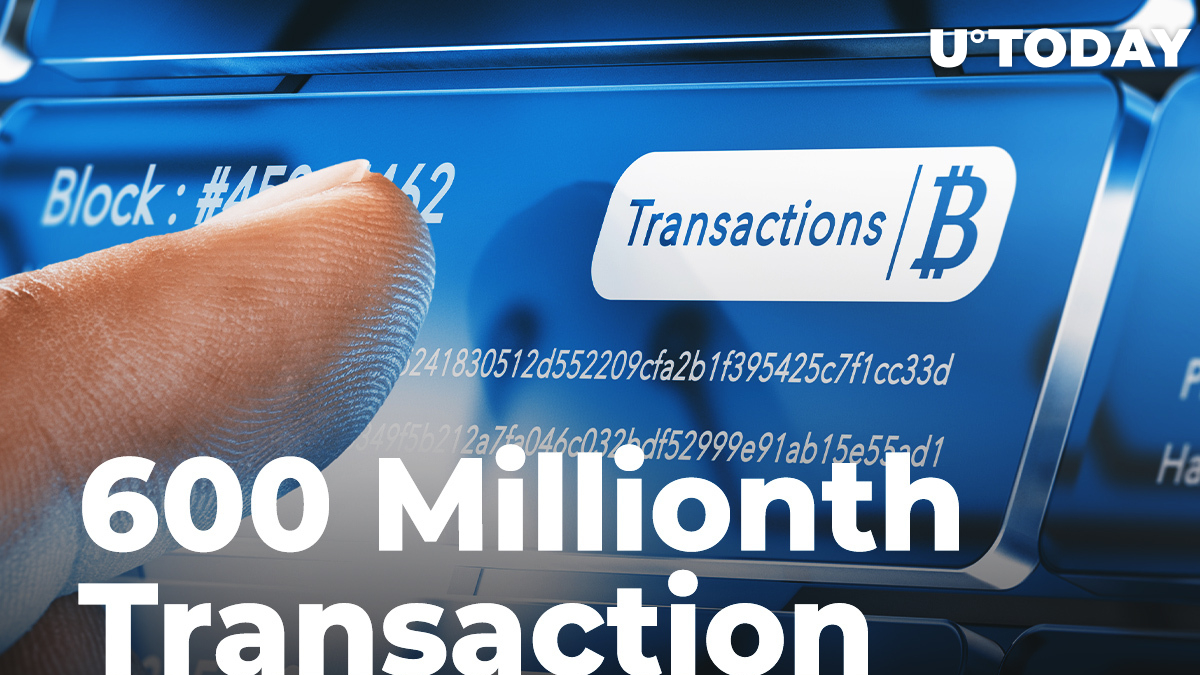 According to Glassode data, the Bitcoin network has reached a major adoption milestone by surpassing 600 million transactions.

Bitcoin is more convenient for conducting the largest transactions than micropayments, due to its large fees. Bitinfocharts data shows that an average transaction is worth $127,000, which is far more expensive than your typical cup of coffee.

Recently, however, Bitcoin is once again gaining traction as a means of payment because of PayPal's hit cryptocurrency service. The company will allow subscribers to shop with digital assets in early 2021.

Unfortunately, the person who kickstarted it all is not here to witness all these milestones. Cryptographer Hal Finney, the very first recipient of Bitcoin, passed away in August 2014 after a long battle with ALS.

The historic 10 BTC transaction between him and none other than mysterious Bitcoin creator Satoshi Nakamoto occurred on Jan. 12, 2009.

As reported by U.Today, social media platform Twitter announced that it would purge inactive Twitter accounts last November. This caused outrage in the Bitcoin community since Finney's historic Bitcoin tweet from early 2009 would get deleted under such a policy.

This December, however, Twitter released an updated policy for memorialization, which means that a crucial part of the cryptocurrency's history will not be erased.