Bitcoin Is Already the Worst Performing Asset of the Decade: Peter Schiff

Alex Dovbnya
Gold bug Peter Schiff predicts that Bitcoin will start falling faster than the US stocks as the top cryptocurrency plunges below the $7,000 level 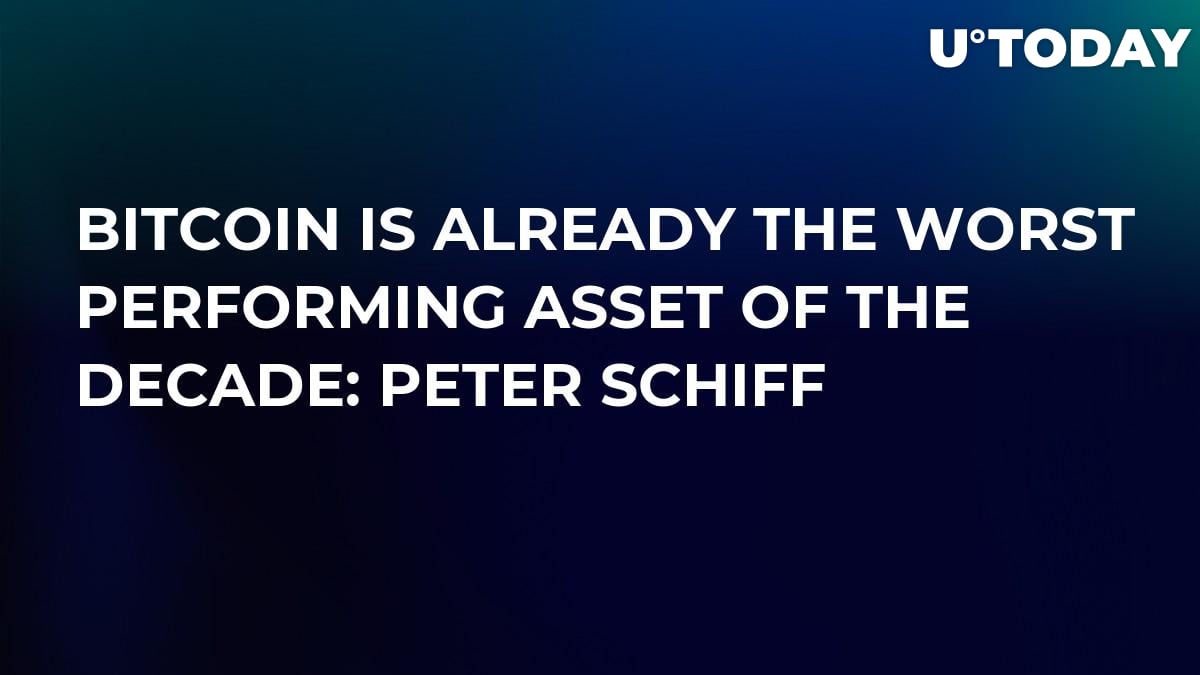 Peter Schiff, the CEO of Euro Pacific Capital, is convinced that Bitcoin might fall "even faster" than the US stocks, according to the latest tweet of the crypto-hating gold bug. To top that off, Schiff already calls BTC "the worst performing asset" of the decade based on its performance during the first two days of 2020.

Continuing the Dec. trend all asset classes are rising except Bitcoin. #Bitcoin may have been the best preforming asset of the last decade, but it's already the worst performing asset of this decade. While I think U.S. stocks will soon drop, I think Bitcoin will fall even faster.

Related
Bitcoin Is the Only Asset Class in the World That Is Not Rallying: Peter Schiff

Schiff predicts a rude awakening for Bitcoin and US stocks

Both Bitcoin and the S&P 500, one of the most tracked indices of the US equities market, had a splendid 2019, gaining 105 percent and 29 percent respectively. Now, Schiff is certain that these asset classes are overdue for a deep correction.

Schiff has always been vocal about his disdain for the US Federal Reserve that, in his words, continues to inflate the stock market bubble. However, the financial commentator is certain that the bubble has already popped, and it's now time for the air to out of it.

When it comes to Bitcoin, Schiff doesn't shy away from such loud words as "Ponzi" and "fraud." As reported by U.Today, he predicted that the BTC price could tank to $1,000 after completing a bearish head-and-shoulders pattern.

Bitcoin became the biggest success story of the previous decade with a monstrous nine mln percent price increase. However, Schiff believes that the tables have been already turned for the top cryptocurrency at the outset of the new decade.

As ridiculous as Schiff's statement sounds, there is a grain of truth to it — Bitcoin is currently underperforming all other major assets. Its price has recently dropped below the $7,000 level for the first time in the 2020s.

Bitcoin falls below $7000 for the first time this decade pic.twitter.com/FMEJbVyL8E

The leading cryptocurrency is changing hands at $6,967.88 after a tumultuous 3.62 percent drop with its market cap dwarfing to $125.5 bln, CoinStats data shows.