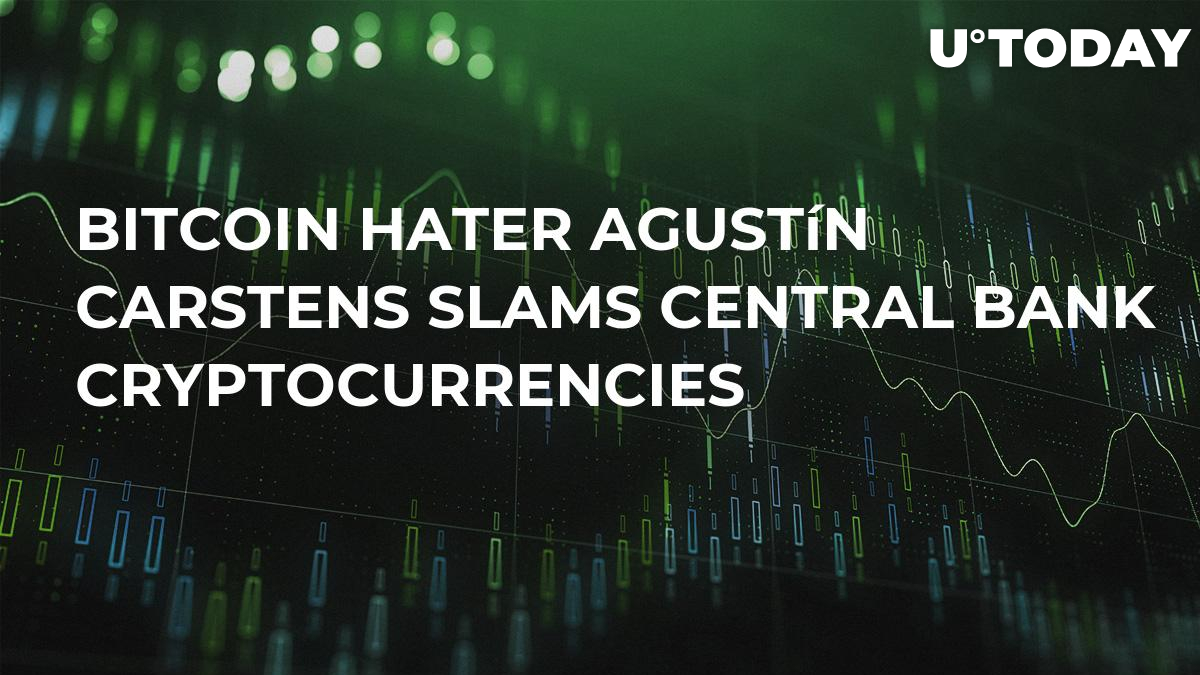 Famous Mexican economist Agustin Carstens has been vocal about how much he hates Bitcoin, but he also recently criticized the idea of central banks issuing their own cryptocurrencies, Bloomberg reports. According to Carstens, central bank digital currencies (CBDCs) could undermine the global financial system.

Carstens, who got a job as general manager at the Bank for International Settlements (BIS), described the scenario of a financial panic due to the issuance of central banks coins. One of the major disadvantages of central bank coins stems from their negative impact on market liquidity.

As reported earlier by U.Today, IMF managing director Christine Lagarde had some words of praise for tokens issued by central banks, seeing them as a more stable and safer alternative to decentralized cryptocurrencies such as Bitcoin.

His concerns are not justified since only a few central banks are planning to issue their own centralized tokens. Despite the fact that Zug-based ‘Crypto Valley’ is the epicenter of the crypto craze, Swiss National Bank saw ‘no compelling reasons’ to issue a cryptocurrency of its own. Still, one shouldn’t rule out the possibility that more countries will start issuing their own tokens as banknotes are gradually becoming obsolete.