Yuri Molchan
Christine Lagarde, Managing Director of the IMF, has addressed central banks around the world, urging them to think about launching centralized digital coins 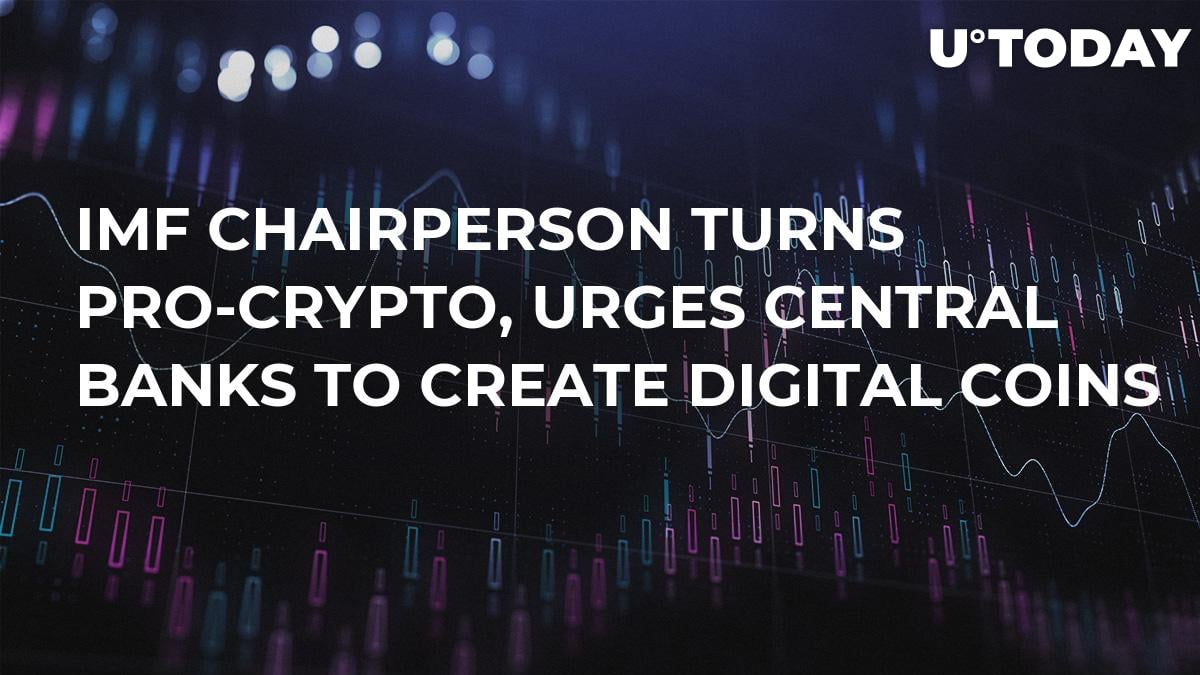 The Chairperson of the International Monetary Fund (IMF), Christine Lagarde, has recently called on the world’s central banks, saying they should eye making their own crypto coins. She believes that governments must take part in supporting their digital economies; therefore, local digital coins should be issued.

Christine Lagarde spoke about the advantages of digital coins in her recent speech in Singapore. Curiously, she enumerates almost the same benefits that usually crypto enthusiasts put forward: payments would not cost much and would be both secure and fast. She added they would be semi-anonymous, and banks would be able to remain in the business of payments.

As an example, Lagarde mentioned the reserve banks of Canada and Sweden that are currently seriously thinking about issuing their own central bank digital currencies (CBDCs). She emphasized several times that payments made through virtual assets would be much faster and cheaper.

The IMF chief believes that if banks go for their own centralized coins, this would make crypto coins much safer, unlike decentralized ones. This will be achieved by the fact that local governments will go out of their way to make their coins secure and reliable.

According to Lagarde, private platforms may decide to save up on their coins’ security, which would harm society. Thus, CBDCs should be, reportedly, much better for users than regular crypto coins.

That was certainly curious, since just recently the IMF expressed concern, advising against the plan of the Marshall Islands to launch their national electronic coins. The institution stated that a government-supported coin in the Marshall Islands (SOV) would further jeopardize the state’s financial system and economy.

Although, she proved to be cold-headed and insisted that a powerful crypto regulation should be implemented to make cryptocurrencies safe for society. At the same time, she believes this innovative sector must be encouraged and stimulated.