Japanese Yen Is On Track to Overtake US Dollar in Bitcoin Trading: Research

Alex Dovbnya
After China’s crackdown on cryptocurrencies, the land of the rising sun has become a dominant force in the Asian market 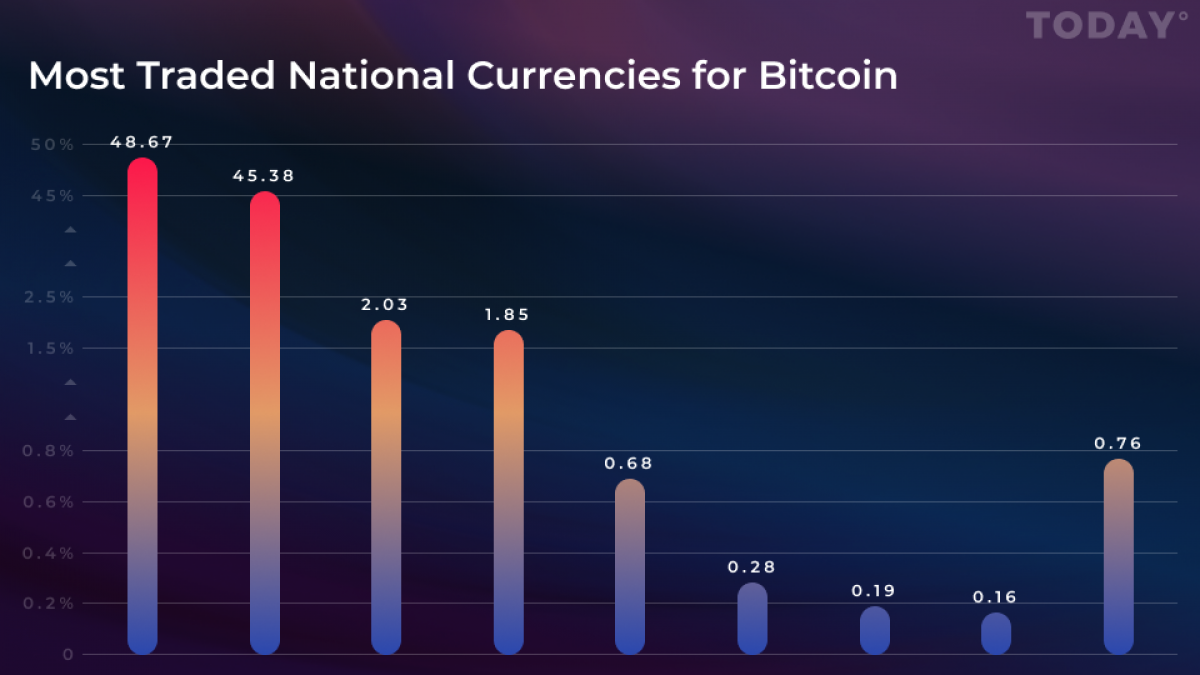 According to a new DataLight study, the US Dollar (USD) is the most traded fiat currency for Bitcoin (BTC). The Japanese Yen (JPY) comes in second place, trailing the dollar by a very small margin (48.67 percent and 45.38 percent, respectively).

Will the US Dollar be overtaken?

The USD enjoys the status of a global currency that is accepted throughout the world, so it’s dominance in the cryptocurrency market is expected. However, the fact that the Japanese Yen is breathing down its neck is far more surprising. With a miniscule 3 percent difference, there is a good chance that JPY could become the most popular currency traded for the US dollar in the nearest future. Japan is enticing for crypto enthusiasts because of its Bitcoin-friendly regulations and a fast pace of merchant adoption.

Together, the two dominant currencies account for a whopping 94.05 percent of the total trading volume.

While the lion’s share of the market is occupied by the US Dollar and the Japanese Yen, one should also pay attention to the tiny piece of the pie that is left. The Korean Won (KRW) and Euro (EUR) take third and fourth places with 2.03 percent and 1.85 percent of the volume share, respectively.

The British Pound (GBP), the Polish Zloty (PLN) and the Russian Ruble (RUB) are among the top 10 entries. The Turkish Lira (TRY) sneaked onto the list with 0.16 percent (the country saw a spike in Bitcoin trading after the diplomatic spat with the US).