Andrew Strogoff
Bitcoin and its rivals almost reached their lows, but U-turn is close 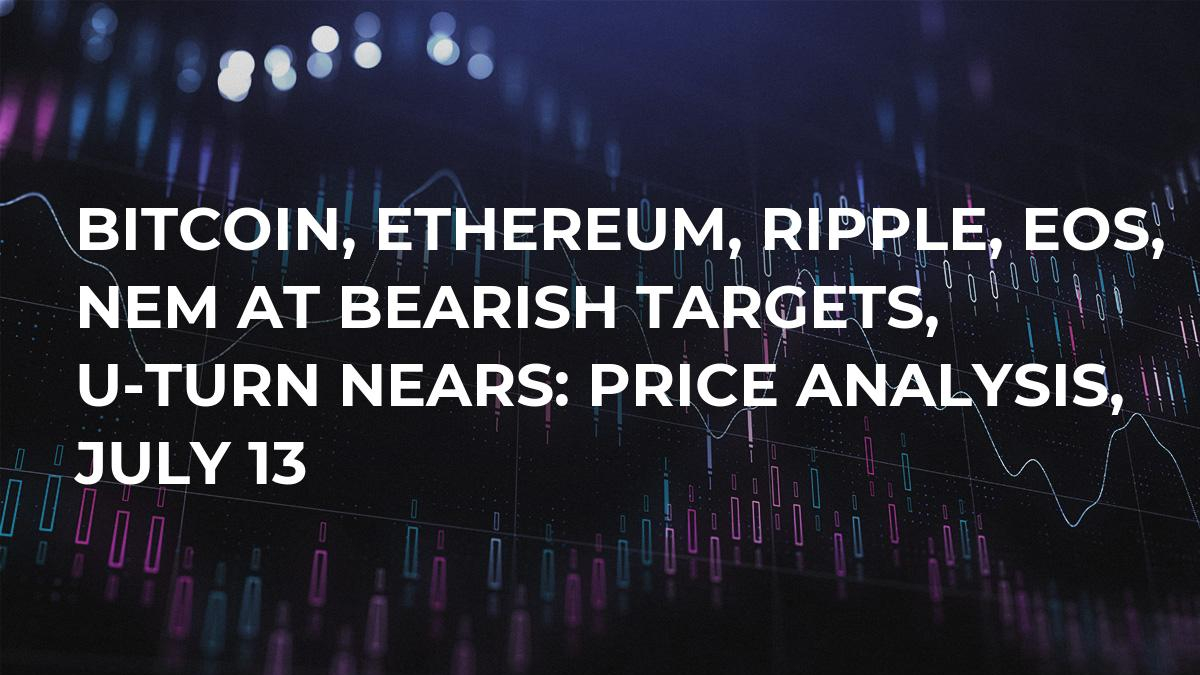 The cryptos from the top 20 developed their bearish tendencies and reached our targets that we have set previously. However, sellers are unable to push currencies lower and we can see that the major cryptos are ready for U-turn.

The majority of coins have almost reached their June lows, where huge support lies. However, sellers have no power to develop their progress as the prices retreated from there, staring a correction.

As for the interesting news, there are a couple of things we want to mention. The first one comes from China. The Yuan is no longer the major player in the cryptocurrency market as its volumes declined from 90 to one percent. However, this does not mean that Chinese traders and investors are no longer important players on the cryptomarket. They choose other ways to buy and sell cryptocurrencies.

Another interesting fact comes from the Bancor exchange, which is operational again after a pause, related to a hacker attack. They have already reached a $2.5 mln per day volume. However, the local coin still fails to reverse its tendency and remains red.

The currency pair went downwards according to the bearish scenario but failed to reach June lows and makes a U-turn currently. Bitcoin losses for the last 24 hours are non-significant and BTC/USD shows signs of a correction. 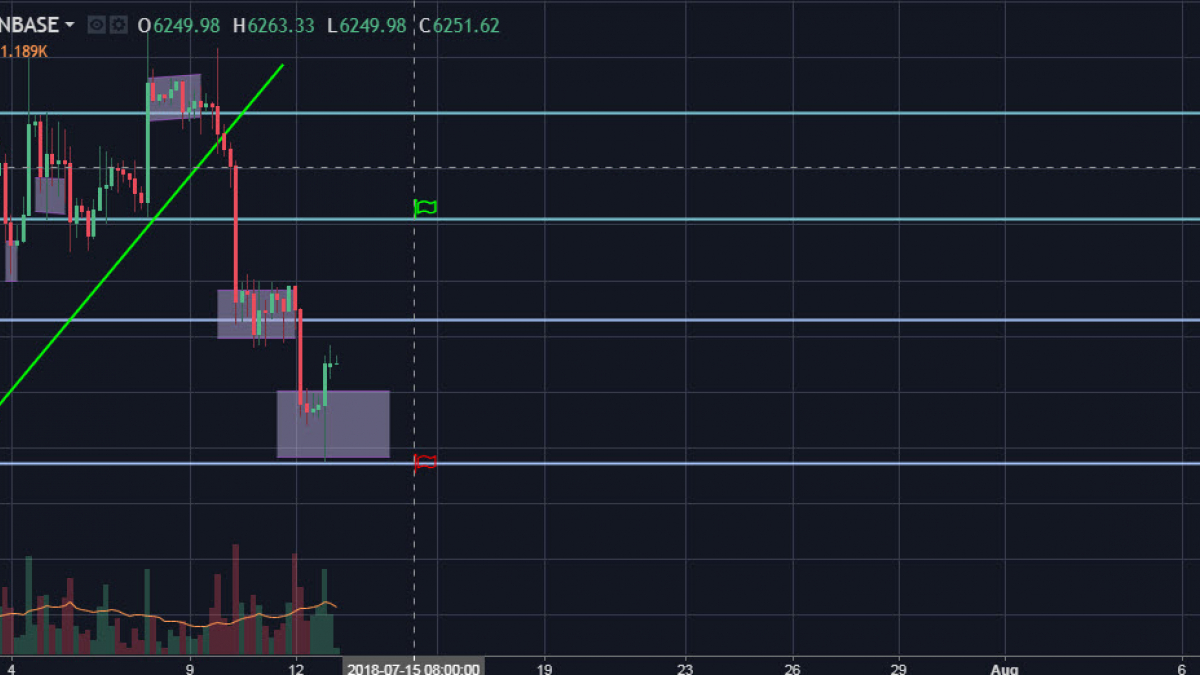 Bitcoin has successfully broken through the support area at $6,329 in the past couple of days and moved lower. The currency pair reached $6,071 support area but BTC price retreated from there showing that bulls have prepared a very strong defensive line there.

There are no signals from price action neither from graphic patterns currently but we think that Bitcoin is going to start an upside correction at least which is able to become an uptrend in the future. The closest target for the growth is at $6,329. We think that BTC/USD aims at $6,510 in the next couple of days.

There is an alternative scenario as well, which is less probable at the moment. Bitcoin will test the support area at $6,071 and if successful, bears will push it lower.

Bears were trying to develop their progress in the past couple of days but had not enough power to do it. ETH price remained almost unchanged in the past 24 hours meaning the bulls have built a strong support line there. 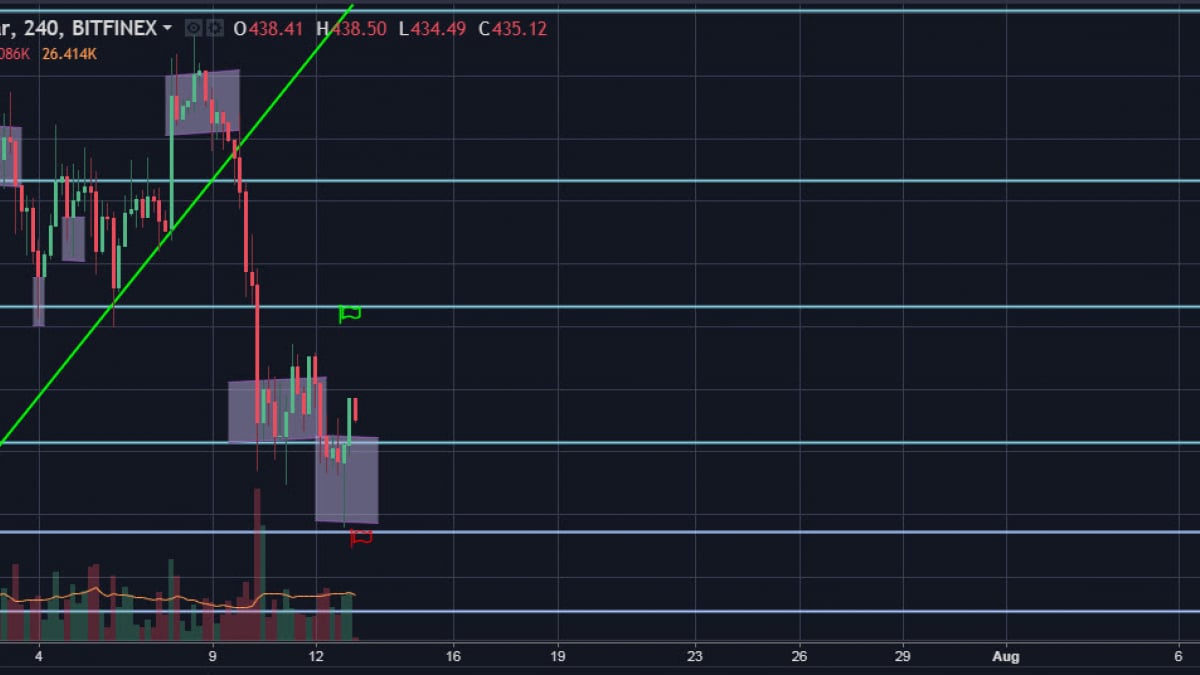 Ethereum reached the support area at $417.28 but retreated from there. ETH price returned above the $31.42 line. The bearish flag worked, but we think that ETH/USD is going to start a correction in the nearest future.

We can see a bullish hammer on the four-hour chart and this is a strong signal. We think that ETH/USD is going to develop its upside tendency targeting the next resistance area at $453.24 at least. If bulls are successful, they will be able to develop their progress even higher.

A bearish scenario is less probable. However, let’s see what the sellers can do. Their first target is at the $417.28 support line. The next one lies lower at June lows.

Ripple reached June lows and makes a U-turn there. The currency pair has lost less than one percent in the past 24 hours as its downside tendency slows down significantly. We think that bulls are now in the game and they are going to develop this upside correction in the nearest future. 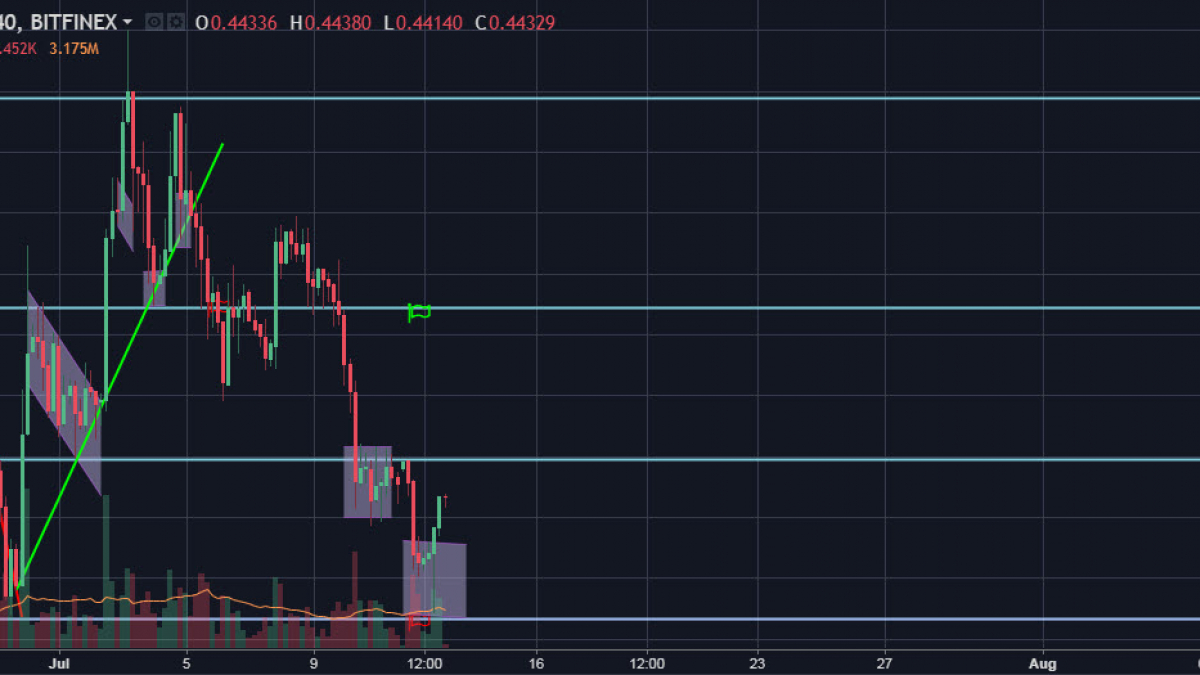 Ripple has reached the support area at $0.4232, but bullish defensive lines were strong and the price retreated from there. Bulls are taking control over the market and drive the currency pair towards the resistance area at $0.4495.

As for the alternative scenario, bears will be able to retest the support area at $0.4232 and push the currency pair lower. However, this one is less probable.

EOS reached June lows but retreated from there as bulls have built strong support line. The currency pair seems to start a correction currently. EOS/USD has added more than two percent in the past 24 hours. 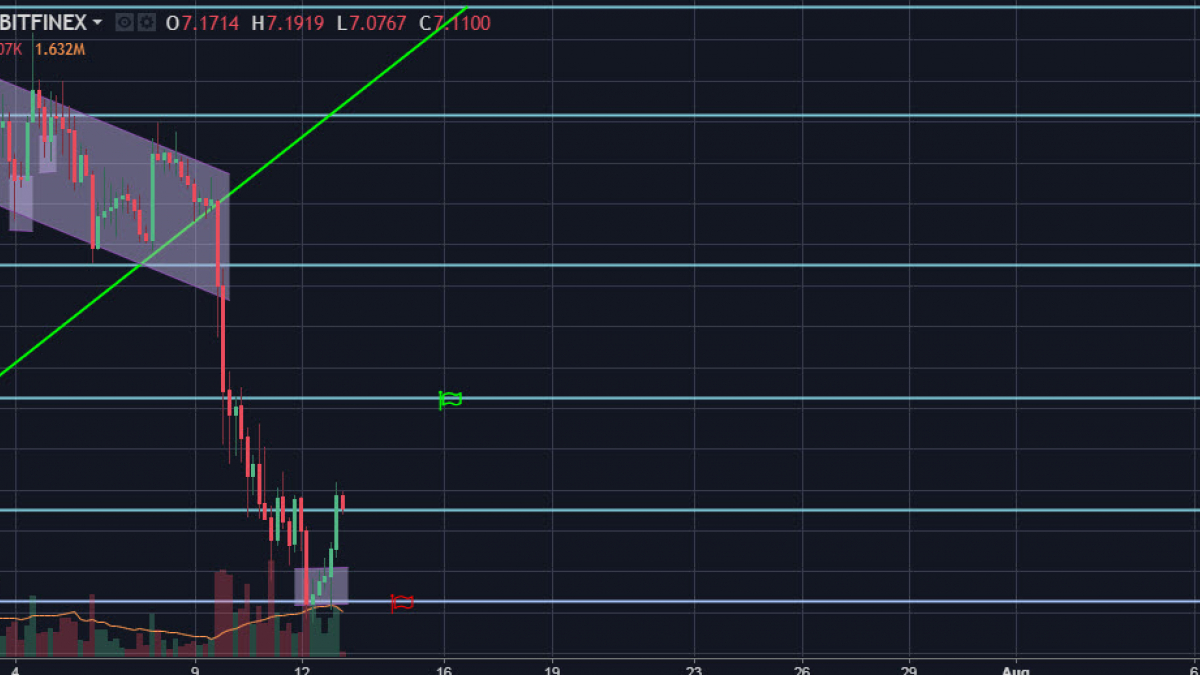 The currency pair tested the support area at $6.65 but failed to decline lower. EOS reversed and moved higher. The currency pair managed to jump over the resistance area at $7.10 where it fluctuates currently.

We think that EOS has all chances to develop its growth in short-term targeting the next resistance area at $7.65 at least. If buyers are successful there, they will be able to drive it even higher.

An alternative scenario is less probable, but if bears will regain control over the market, they will be able to push the currency pair even lower.

The currency pair reached another support area and stopped there. XEM/USD seems to start an upside correction. NEM has lost more than four percent in the past 24 hours but bears are out of power to push it lower. 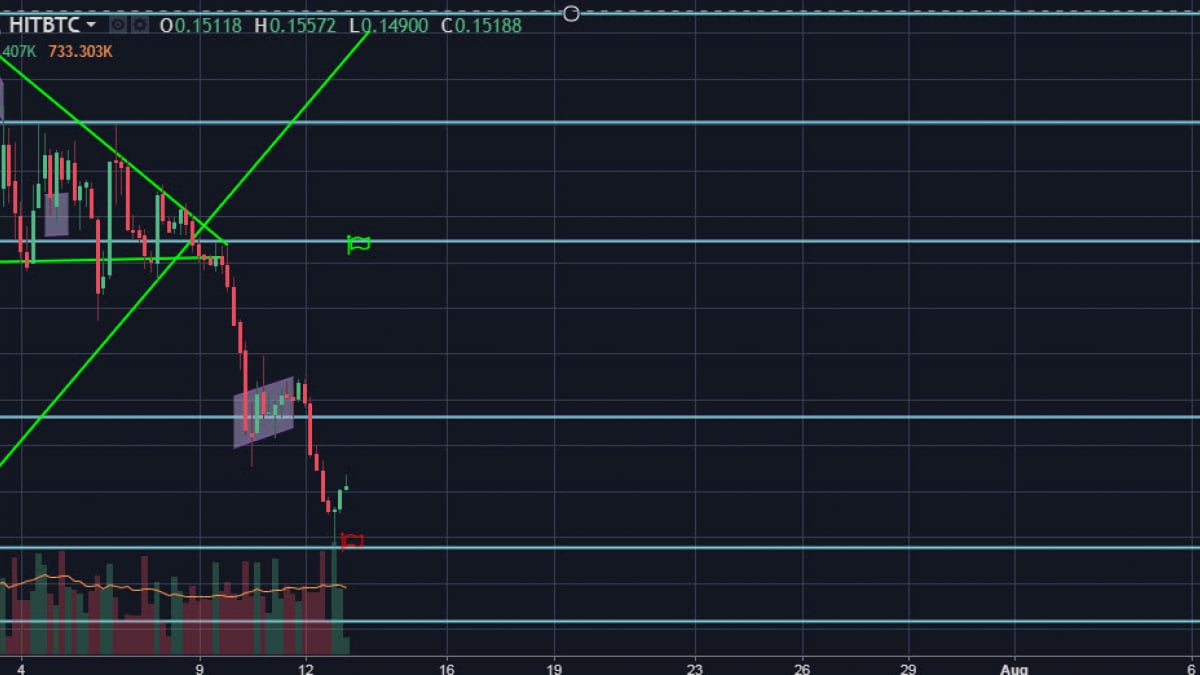 XEM/USD tested the support area at $0.1539 and retreated from there. XEM price has formed a bullish hammer and seems to target the next resistance area at $0.1682 at least. We think that there lies the first target for NEM.

The second tier is higher at the next resistance area at $0.1873. As for the bearish scenario, it is less probable but sellers can retest the support area at $0.1539.