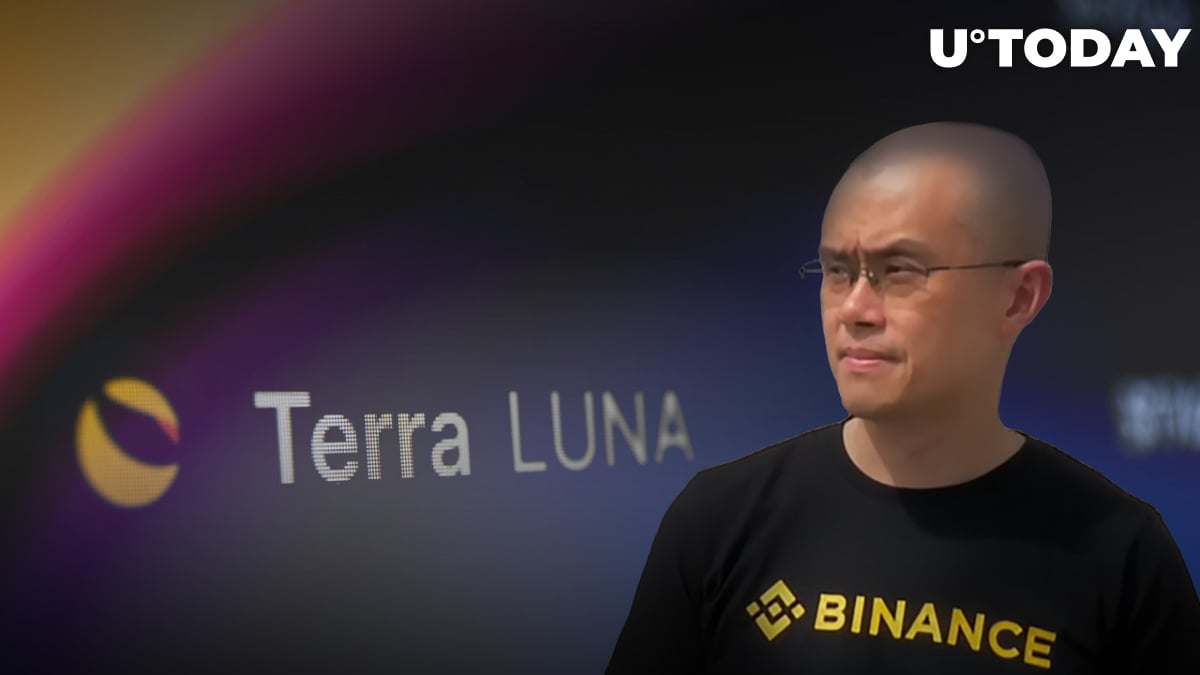 Changpeng Zhao, CEO of Binance, has disclosed that the company invested in Terra as part of a Binance Labs investment in 2018, worth $3 million at the time.

In a recent interview with Fortune, the Binance CEO stated that he received some LUNA coins in return, which were kept in a cryptocurrency wallet address made public and left untouched, at around 50 million LUNA.

CZ: We invested in Terra as a part of a Binance Labs investment in 2018, and that was a $3 million investment. We just kept the coins that we got, 50 million Luna. Theoretically we lost like $1.6 billion of investment at the top, and it’s okay.

The Binance CEO added, "But we didn't make any money. Even today, theoretically we lost like $1.6 billion of investment at the top, and it's okay.'' The disclosure comes in the wake of recent concerns as investors queried whether Binance profited from the Terra ecosystem's demise, as well as whether CZ communicated with Terra co-founder, Do Kwon, as events unfolded.

The original Terra ecosystem's implosion sent shockwaves through the crypto world, with major cryptocurrency exchanges coming under fire for listing the failed stablecoin and token in the first place. Binance was criticized after announcing support for Terra 2.0, the new LUNA currency, and participating in its airdrop.

As previously reported by U.Today, Block 1 of the brand new Terra blockchain was produced on May 28, which was followed by the LUNA airdrop.

Despite being one of the project's primary sponsors, Jump Crypto, the cryptocurrency-focused affiliate of trading firm Jump Trading, has now spoken out about Terra's downfall.

According to the report, the sell-off was sparked by a series of trades in the USTw-3CRV curve pool. After TerraForm Labs (TFL) withdrew UST liquidity and two wallets put large UST sell orders into the pool, which was meant to contain a 50:50 ratio of UST and 3CRV, the pool lost its balance and depth. Due to huge outflows from Anchor Protocol, the peg was also put under a major strain.