Dmitry Cake
Market is red, investors are blue. Bitcoin is down and altcoins are too. 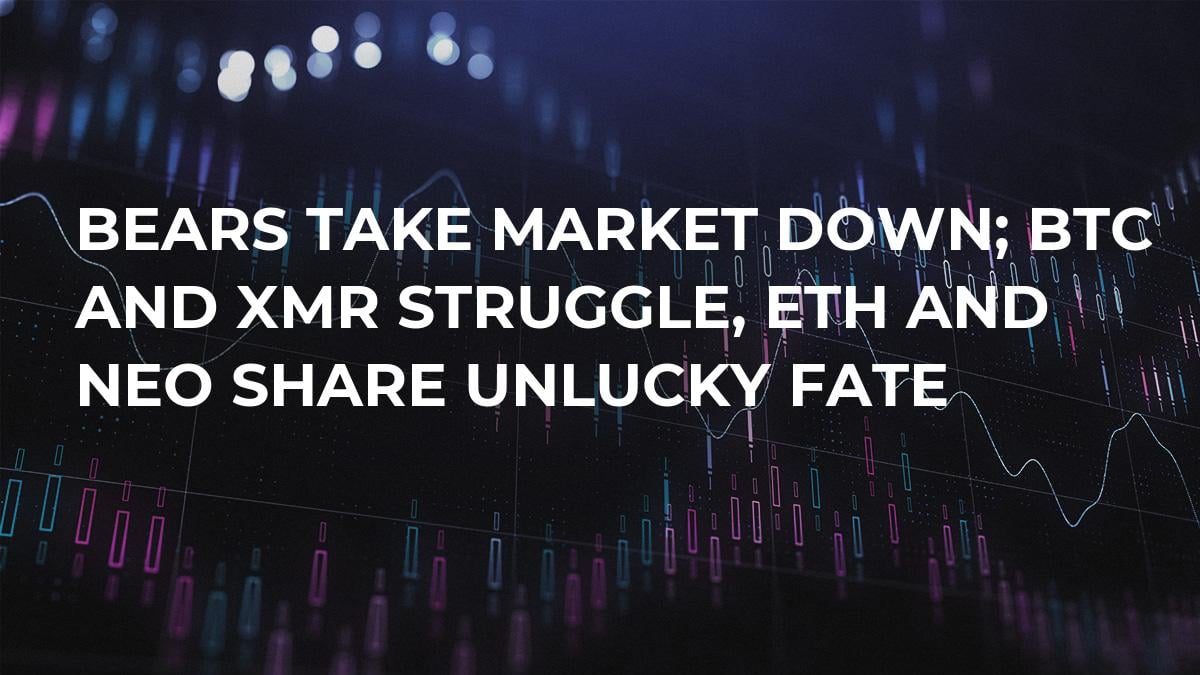 We begin our end-of-week market review with a heavy heart. In the last few days, falling prices did not find support from the bulls at key levels, resulting in many assets updating lows of not just the March, but also the February correction.

As is often the case in such situations, the activation of protective stop-losses placed by investors at purchase price levels accelerated the fall even more.

Despite the fact that recently the correlation between the main asset and some promising altcoins has been decreasing, in a critical situation Bitcoin continues to set the pace for the entire market. During Thursday’s trading, the minimum price of BTC was A$6,660, which is 13 percent less than the previous day. Predictably, dominance grew - to 45.5 percent, which is a new record for 2018.

The rate of decline in the price of altcoins is largely in line with Bitcoin. In the top 10, average losses were in the same 12 - 15 percent range. Ethereum and Litecoin are the worst off, decreasing by 15 percent each and confirming our theory about their loss of investment potential. Bitcoin Cash lost 17 percent, affected by the closing of all trading pairs in BCH market on the OKEX exchange. EOS is still doing better than the rest, its price falling just by 6 percent.

Given the scale of the fall, as well as the proximity to the minimums of the previous correction, we are compelled to switch to the daily price chart. The main cause for concern is the breaking of the long-term uptrend, formed back in July 2017. Bitcoin buyers showed some activity near this important level of support, but it was not enough to initiate a reversal yet.

In the end, the fall was stopped only by the mirror level from Feb. 5 - the day preceding the culmination of the global correction.

Today, bulls have a chance to form a reversal candle “hammer” trend. The ideal scenario in this case - a foothold above the boundary of the ascending channel and testing the level of $7,650, which coincides with the 0.786 Fibonacci retracement.

However, so far we do not see a surge in buyer activity, so we can not view this scenario as the default one.

In case of continued decline of the fall, the target for bulls today is $5,900- $6,000, coinciding not only with the strong mirror level, but also with the 1.618 Fibonacci retracement. In any case, until there is confirmation of the turnaround, we strongly recommended that readers  refrain from trading.

A month ago, it was hard to imagine the asset with the second largest capitalization falling even to $500, and today it is trading at $380. It seems that if there is no global market reversal in the very near future, we will see Ethereum at $300 - fair price during the second half of 2017.

At the time of writing, the price almost broke the long-term uptrend, which is a very dangerous sign for investors. Given further development of the negative tendency, in free fall ETH will easily reach the nearest significant mirror level $350.

A positive scenario would involve gaining a foothold above the boundary of the ascending channel, with subsequent testing of the $450 level. Medium-term investors should start thinking about increasing long positions no earlier than the price reaches this value.

Very often, assets that hold up better than the market during a global decline, there comes a critical moment when fear prevails and investors begin to actively record losses before they get too big. But Monero’s situation does not look like panic sales.

The coin is trading at a price of $163 near the mirror level and the 0.786 Fibonacci retracement.

The key support for XMR today is $150 - the price has rebounded from this level six times already. With a high degree of probability, buyers will meet the asset at this level. In case of a market reversal, the growth targets will be $175 and $190, respectively.

It seems that due to decreased interest in ICOs, the asset is suffering a fate similar to its older brother Ethereum.

If there is no quick rebound, then the price will break the long-term ascending channel. In this case, the decline targets are $42 and $36, with the possibility of a brief stop at the boundary of the mirror level, marked in red. There is no sense calculating growth scenarios for NEO at the moment, but the key level for bulls is now $60.