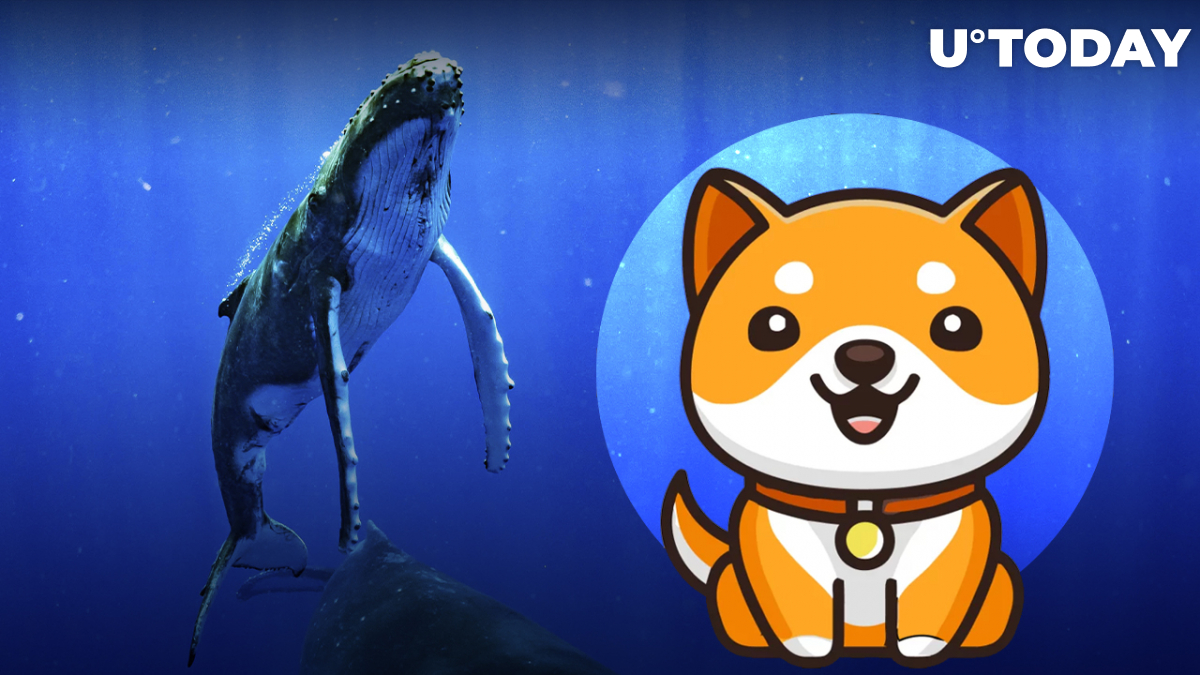 Data provided by crypto tracking service WhaleStats shows that over the past 24 hours, BabyDoge Coin has gotten on the list of the most purchased digital assets for the top 100 whales on the BNB Chain network previously known as BSC, Binance Smart Chain.

BabyDoge is popular among whales

Meme token BabyDoge, inspired by the original Dogecoin canine cryptocurrency and by Elon Musk's support of DOGE, has entered the top 10 list of the most purchased cryptocurrencies for the 100 largest BSC investors, according to the aforementioned crypto tracker.

At the moment, BabyDoge is also part of the top 10 list of the most popular smart contracts. Besides, the top BSC whales are holding $2,457,125 worth of BabyDoge, equaling nearly 2 quadrillion, which is 0.19% of their comprised portfolio.

Recently, U.Today has covered that several new milestones have been achieved by BabyDoge. A week ago, the meme token was outperforming the whole cryptocurrency market, demonstrating a rise by nearly 24% between June 15 and 16, while the whole market of digital coins was underwater.

In June, the BabyDoge community decided to accelerate token burns and voted for moving a total of 50 quadrillion coins to dead-end wallets. As reported by U.Today earlier, during the first two days of June, around 6 quadrillion BabyDoge were burned, and 2,880,434,321,993 coins were moved to an unspendable wallet yesterday within merely one hour.

Overall, the initial total circulating supply of 420 quadrillion BabyDoge over the past year has been reduced to 232 quadrillion. Regular burns chase a target of decreasing the amount of coins in circulation, which may lead to an increase of the price as a coin becomes more scarce.

However, despite massive burns throughout the year, the BabyDoge meme coin is still trading at a price with eight zeros below $1. At the time of this writing, the coin is changing hands at $0.000000001339, per CoinMarketCap.