Artificial Intelligence: Usurped and Trapped, But Not For Much Longer

Darryn Pollock
Artificial Intelligence has so much range and scope, and although it has primarily been aimed at making advertising revenue, it could be different in the East 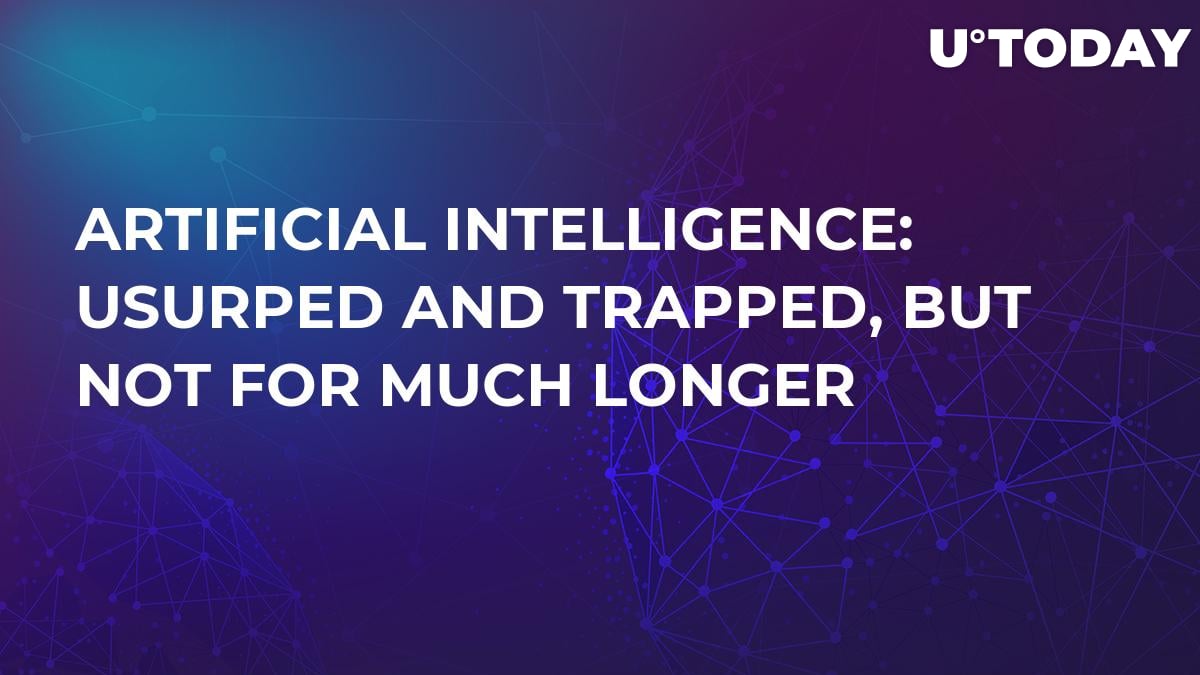 Why AI’s true potential can be fully explored in the East, not in the West

The Internet was born out of the idea of sharing information across the planet with no constraints or controls. Yet the manner in which it has manifested itself today is no longer true to those original ideas.

In the age of social media, we have come to a point where information and data have been usurped by a few companies that allow people to use their services with an underlying, hidden cost of that data.

Facebook and Google have taken full control of data, using it for their own needs. This is starting to expand into not only people’s data but also new and emerging technologies, such as AI.

Much like how other companies in Silicon Valley began their lives with this brazen entrepreneurial spirit and slowly evolved into ones that could not survive on innovation alone, this has led them down the road of chasing ad revenue, creating new and deceivious ways in which to reach it.

The same applies to AI; such a new and potentially revolutionary technology is being sprouted by small innovative companies, only to be bought out and taken over by the Internet giants of Google and Facebook to be used as a new avenue for ad dollars.

These days, the direction of AI companies is overwhelmingly being used to target user behavior in order to extract more ad dollars, rather than advancing the technology for its much more powerful and useful needs.

It has left AI languishing in one direction when enough resources are thrown at it, and thus pigeonholed its potential — but that is only real for the West. There is a big drive coming from China, which has not taken long to catch up in terms of research to expand AI.

However, their mandate is very different to the West’s, and ad dollars are not part of the process for AI. This means its true potential can be exponentially explored in the East, and, in time, probably overtake the stymied position of western AI.

Of course, China may forge ahead, but with its governmental control and socialistic nature, it still brings its own problems when it comes to advancing a new and only possible technology like AI. For this reason, it is also worth delving into the potential of CI (Community Intelligence)

The embodiment of evil

It would be a bit harsh and dramatic to call the likes of Facebook and Google ‘evil’; however, Jaron Lanier, who is widely credited as a founder of virtual reality, has recently delivered a sobering prognosis on the spiraling corruption of these types of social networks.

“I can’t call them social networks anymore. I call them behavior modification empires,” said Lanier in Vancouver for the TED conference, adding:

“I don’t think it’s a matter of bad people who’ve done a bad thing. It’s a globally tragic, astounding ridiculous system rather than a wave of evil.”

Lanier’s point is that the Internet was built on a socialist model that everything should be free and accessible to all. But it also celebrated visionary tech entrepreneurs who made it big with their world-changing ideas: “How do you celebrate entrepreneurship when everything is free?” he mused.

This is where the crossover between these two juxtapositioned ideas was reached in the form of advertising funding. Advertising allows companies to use their innovative ideas to attract people and make money off them, and that model has been growing exponentially with a few major companies usurping all the power.

Now, the close working relationship of these major companies and the wants and needs of advertisers see them using their innovation to maximize advertising revenue. Thus, the tech entrepreneurs and visionaries who are pushing the boundaries are often bought out and taken over by the companies which have already made their fortune.

This then leads to these ideas taking a road which is far more applicable to achieving ad revenue than expanding the boundaries of tech innovation.

AI is one such revolutionary tech advancement which has become trapped and usurped by the likes of Google, Facebook, and other tech giants who are trying to utilize this new technology as another way to create ad revenue.

It has become so that these large tech companies are picking up AI thought leaders and developers, either out of university or worse, by buying out their small startups and steering them in the direction they need.

“In effect, tech startups are serving as stealth recruiting tools for big companies, used to gobble up young developers and researchers who don’t particularly feel like big-company careers. These young nerds sign up to work for some exciting startup, but then the startup inevitably gets sold to a big company, and they wind up cashing out to a small degree,” explains Ben Goertzel, founder and CEO of Singularity NET, a Blockchain-based AI marketplace.

“The channeling of AI expertise into big corporations has a significant impact regarding what kinds of problems AI gets primarily applied to. Advertising, for example, gets an awful lot of attention. Cambridge Analytica’s relatively crude methods of social media engineering, applied to political campaigning, got a lot of press in the last US presidential election cycle. But Google, Facebook and Baidu (among others) have vastly more sophisticated manipulation machinery, which is used not to elect candidates but rather to direct people to buy products and services,” he adds.

A new dawn rises in the East

The way things work in the West, or in the US in particular, has made it standard practice for new technology to be primarily advertising-focused. This has also only come about because of the general monopoly and power that Western companies have over the vast majority of the Internet.

No longer is the Internet totally free and socialist. Even in countries where there is socialism, that notion is an incorrect one. The Socialist Republic of China has cut itself off from the rest of the Internet with its Great Firewall, but behind that wall, it is also devoid of reliance on advertising dollars.

Related
The Top Crypto Dozen by Year of Formation

Because of this, China is building up its AI development at a rapid rate, but it is also not redirecting it to be used solely as a tool for advertising revenue. China’s growth of AI has larger and far-reaching potential as they are looking to expand the technology to its full potential.

So, while there may be a division in the advancement of Westernised AI and that of the East, there is at least a base of development which is looking to drive AI forward to its full potential, offering a level of equilibrium.

Issues with China and AI alternative in CI

Although China does not have the same reliance on advertising dollars to drive its AI advancement, the strictly-controlled country is not free to explore and expand AI as it pleases. Government intervention and direction is clear and evident in advancing technologies. Thus, AI will still have some sort of agenda dictated to it by the state.

It is for this reason that Community Intelligence is a viable alternative to AI and its stymied growth.

The world is heading towards an era of true community involvement and strength. No longer is there a one-way interaction of information that was originally seen at the birth of the Internet. Furthermore, as discussed with the dangers of social media, there is now this third wave of community-powered engagement.

Thus, to have CI as an alternative is to have a group collective answer questions and process problems in order to determine the path of common acceptance.