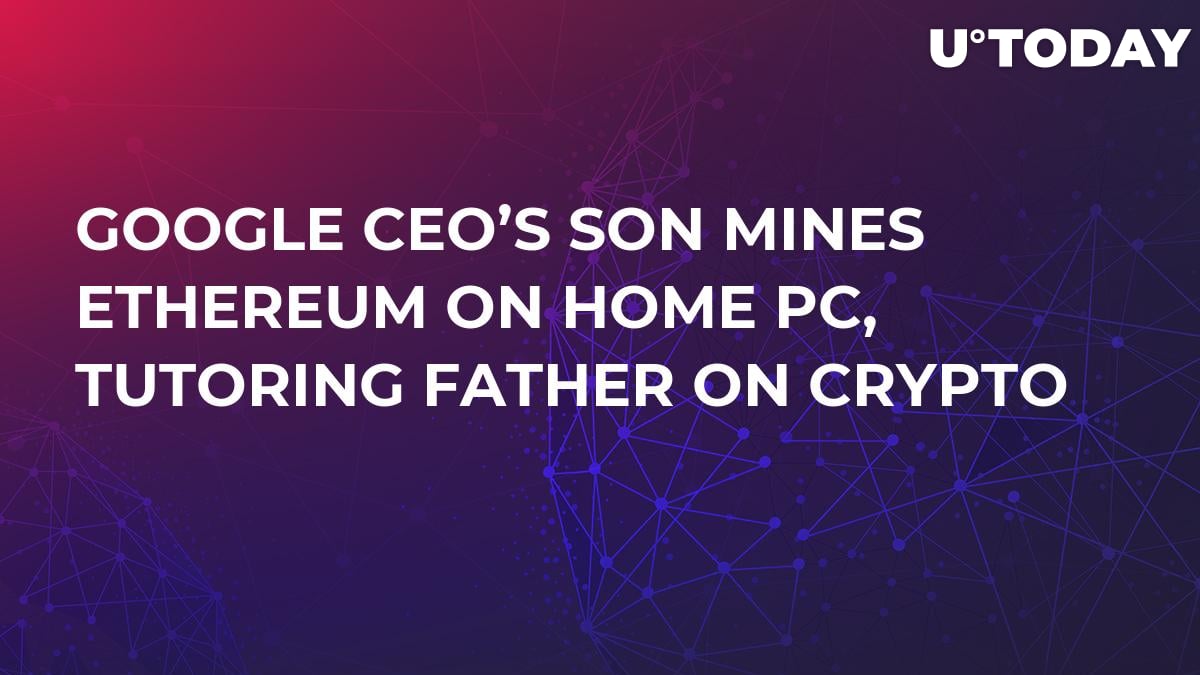 While attending the DealBook conference hosted by New York Times earlier this week, the Google’s CEO Sundar Pichai was asked for his opinion regarding child addiction to electronic gadgets and the Internet. The outstanding tech entrepreneur, who possesses a net value of $650 mln, did acknowledge that the amount of electronic devices in households in the West is growing pretty quickly. He replied with an example from his personal life.

The tech giant’s leader revealed to the public that during one of his family’s dinners, he began talking about Bitcoin in the context that Pichai did not specify. However, he was interrupted by his 11-year-old son, who told his daddy that he was in fact talking about Ethereum, not Bitcoin, getting the two coins confused.

The son of this world famous technical guru proved to be a real ‘brainbox’ telling his father that he was actually minting ETH using nothing but the computer in their house, without any ASIC devices or an additional computer server, right under his father’s nose.

Curiously enough, as per Pichai, his son understands the way crypto works better than fiat and the CEO had to explain to the boy how the traditional financial system operates.

The social media reports that Pichai is not the only one in the top management team of Google whose children are knowledgeable about Blockchain and crypto.

In mid-summer 2018, news outlets reported that the co-founder of Google Sergey Brin’s  10-year-old son had also mined ETH, the coin which appears to be Brin’s favourite. However, Sergey admitted that the ‘mining farm’ in his house was a joint venture of himself and his son.

Apparently, they had bought a gaming PC on the boy’s request but Sergey Brin then suggested that they install a crypto miner on it. His son got him interested in crypto and Brin began looking into the issue. He admits that Google is not on the cutting-edge of Blockchain and digital assets but he personally finds these technologies fascinating.

Google is studying the subject

Sergey also added that a research division Google X is now busy studying the open ledger technology and the benefits it can bring to people's’ everyday lives.