ADA and LINK Less Correlated to Bitcoin Than Other Top Coins, including USDT: Skew Data

Yuri Molchan
Skew analytics firm shared a graph that shows that the correlation between ADA, LINK and Bitcoin is much weaker than that between BTC and other altcoins, including USDT 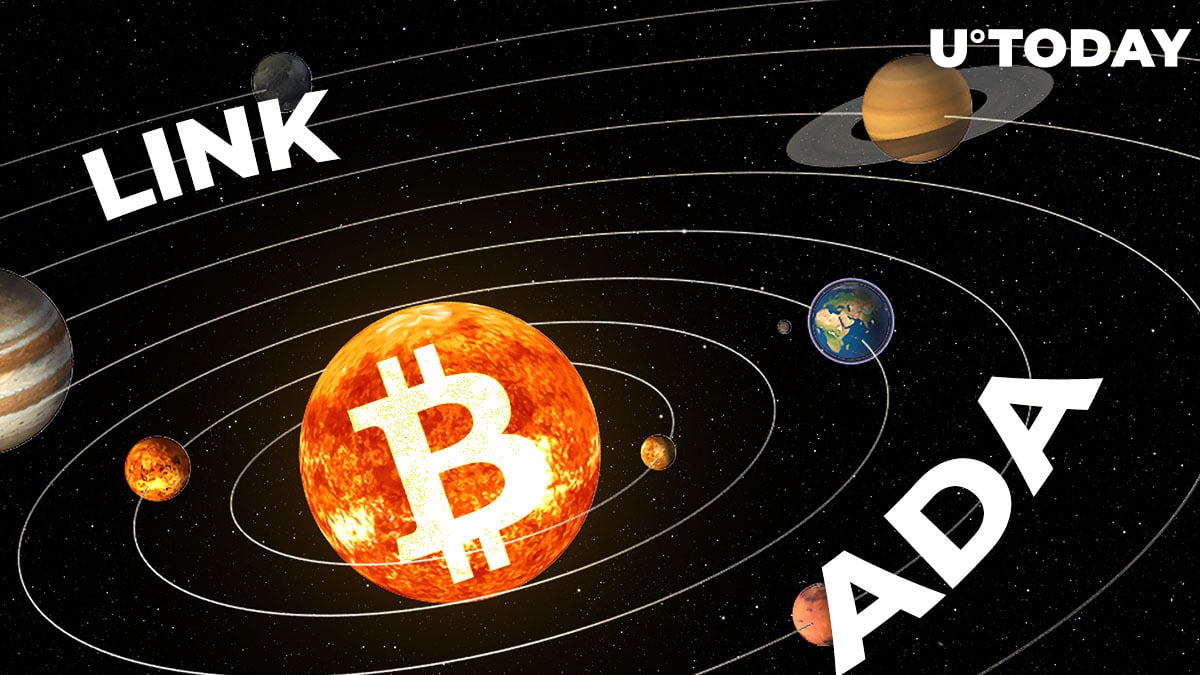 Analytics firm Skew believes that two major altcoins, Cardano’s ADA and Chainlink’s LINK, are much less correlated to Bitcoin than the other top crypto assets are, including Tether.

LINK and ADA are less correlated to Bitcoin than USDT

In their recent tweet, analysts at Skew published a graph showing that two top-tier altcoins, ADA and LINK, are not so much related to Bitcoin as to the other altcoins on the Top 10 list.

In fact, these two assets are the least correlated with BTC. Among the Top 10 coins, the biggest correlation to BTC can be seen for Bitcoin Cash (BCH), Bitcoin SV (BSV) and Litecoin (LTC): 0.7.

Earlier this year, Santiment analytics agency shared a report in which it announced that there was an inverse correlation between Bitcoin and the most popular stablecoin, USDT. Therefore, the amount of USDT on crypto exchanges directly affects the level Bitcoin is trading at.

Chainlink is 956% up since Black Thursday

LINK has recently surprised the market by showing a massive rise, surging from the $4.75 area to $9 and now over $13 per coin, according to data from CoinMarketCap.

After a 37-percent rise on Sunday, Aug. 9, LINK managed to briefly take the Top 3 position, pushing back Tether and XRP, based on data from OnChainFx provided by Messari.

However, at press time, CoinMarketCap shows that Chainlink holds spot number 6. This was preceded by several major partnerships that Chainlink was engaged in and threats from the fake Zeus Capital bank.

Despite its recent pull back, the coin now remains more than 956 percent up from its drop on Black Thursday (March 12).

On July 31, the Cardano platform officially performed its long-expected code upgrade, Shelley. According to founder Charles Hoskinson, this hard fork will make the platform completely decentralized and ensure the appearance of smart contracts, dapps and native assets on Cardano.

Hoskinson also proudly stated that, as soon as all that appears, ADA will become the best cryptocurrency out there. Many believe the future fundamentals to be favorable for ADA to rise in value.