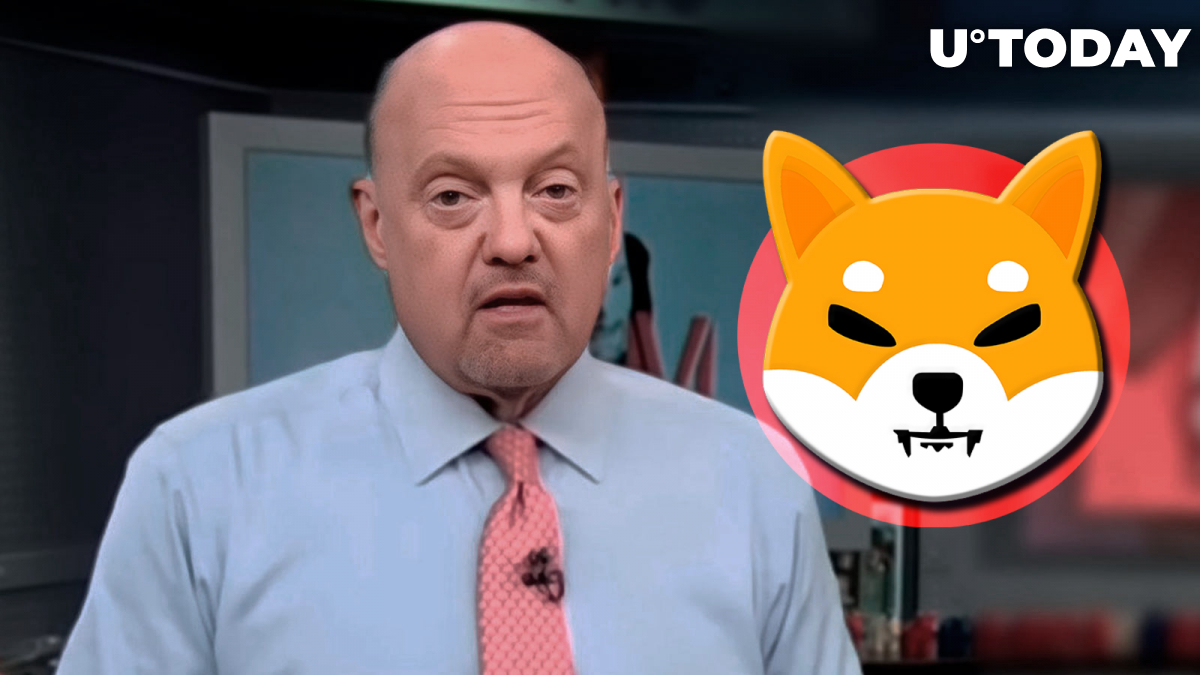 WhaleStats multi-chain wallet tracker has shared that over the past two days, the largest Ethereum whales scooped up $8 million worth of the Shiba Inu meme coin.

It happened a few days after CNBC's Jim Cramer warned investors against buying cryptocurrencies in general, and SHIB and DOGE in particular.

As reported by U.Today on Sunday, the price of SHIB is on the verge of making an upward move after it printed a large green candle and attempted to go beyond the four-hour MA 200.

On Friday and Saturday, anonymous wallets also shoveled massive amounts of SHIB. A mysterious whale bought 114,952,894,138 Shiba Inu and, after that, sent it to sell on Binance, along with three other large SHIB transactions made by different whales.

Jim Cramer warns not to buy SHIB and DOGE

Jim Cramer, host of CNBC's Mad Money show, stated last week that investors should avoid putting their money in risky assets and should especially avoid crypto and not "get memed," which is likely to be interpreted as avoiding meme coins Dogecoin and SHIB, as well as meme stocks. Among those who believe so is influencer David Gokhshtein, who mentioned it to his followers on Twitter.

He stated it a short while after Fed Chairman Jerome Powell's speech, in which he said that the central U.S. bank is going to stick to its hawkish stance and will continue with tight monetary policy.

He reminded the CNBC audience that Powell recommended "to stop doing stupid things with our money." Besides, Powell mentioned that taming inflation may cause "some pain" on U.S. businesses and households.

Jim Cramer also announced that his belief in Bitcoin as a store of value.

On Saturday, U.Today covered that the online shop of game developer Travis Johnson represented on Twitter by the "Supershib Store" account announced that he is launching a giveaway of 1 billion Shiba Inu. He would also give 100,000,000 SHIB to each of three runners-up.

The tasks are related to Johnson's mobile phone games and advertising revenue he uses to buy SHIB and burn it at the end of each week. This SHIB burner also uses the Amazon affiliate program to burn meme tokens using commissions from sales.