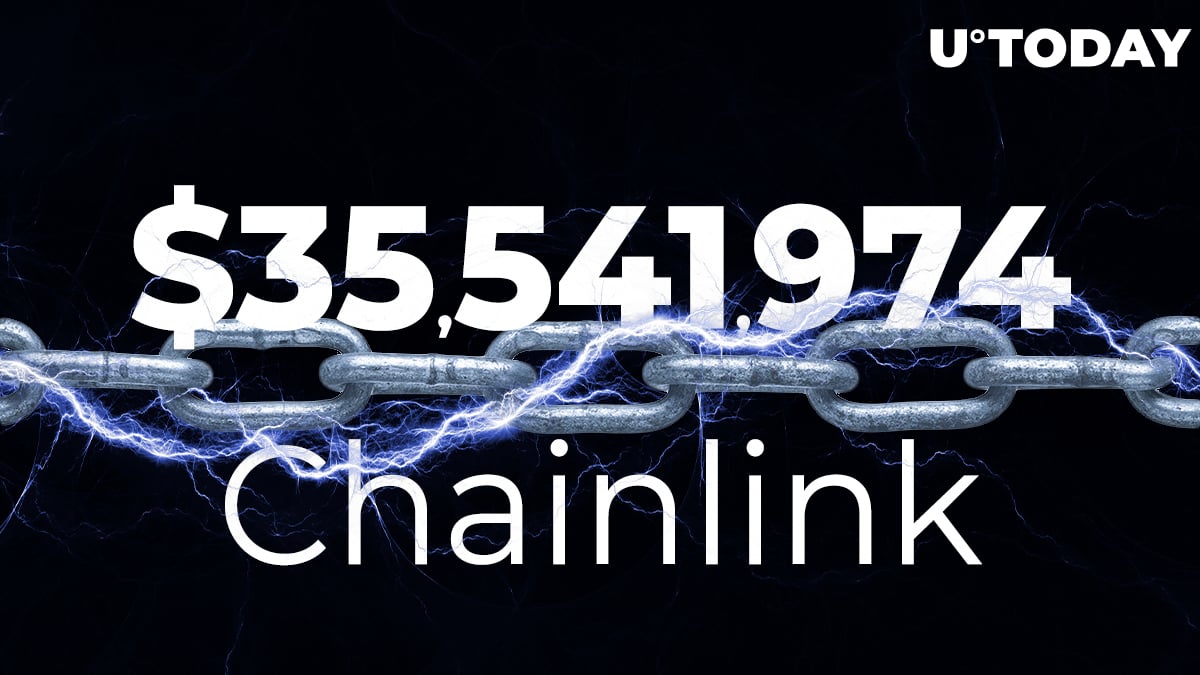 According to data from Whale Alert, over the past fifteen hours, unknown users have transferred $35.5 mln in Chainlink altcoin— ranked sixth by market cap size.

While that happened, the exchange rate of LINK went further down from the $16 zone.

Six substantial transfers of LINK have been made over the past fifteen hours. Among them, one was made by an unknown crypto whale who sent the whopping sum of 722,783 LINK ($11,354,118) to the Binance exchange.

Other large lumps of LINK from this "series" include two transactions of 500,000 LINK each and two of around 200,000 LINK made by anonymous crypto holders.

Previously, U.Today reported that, according to data shared by Santiment analytics firm, whales have recently been dropping large amounts of LINK. These crypto users held between 100 mln and 10 mln LINK on their digital addresses.

At the time of writing, LINK is exchanging hands at $15.26, having declined from the $16 zone over the past day. Meanwhile, as early as five days ago (Aug. 16), the exchange rate of LINK was at the $19 level, according to data from CoinMarketCap.

On Thursday, the top-tier Bitfinex exchange tweeted that it had listed LINK paired against USD and its digital analogue USDT, the most popular stablecoin among crypto traders.

Trading is to kick off today; however, that has not reversed LINK's price and sent it ascending again.