Yuri Molchan
Top Ethereum whales continue to scoop up Shiba Inu, even managing to push coin back to first place among their holdings briefly 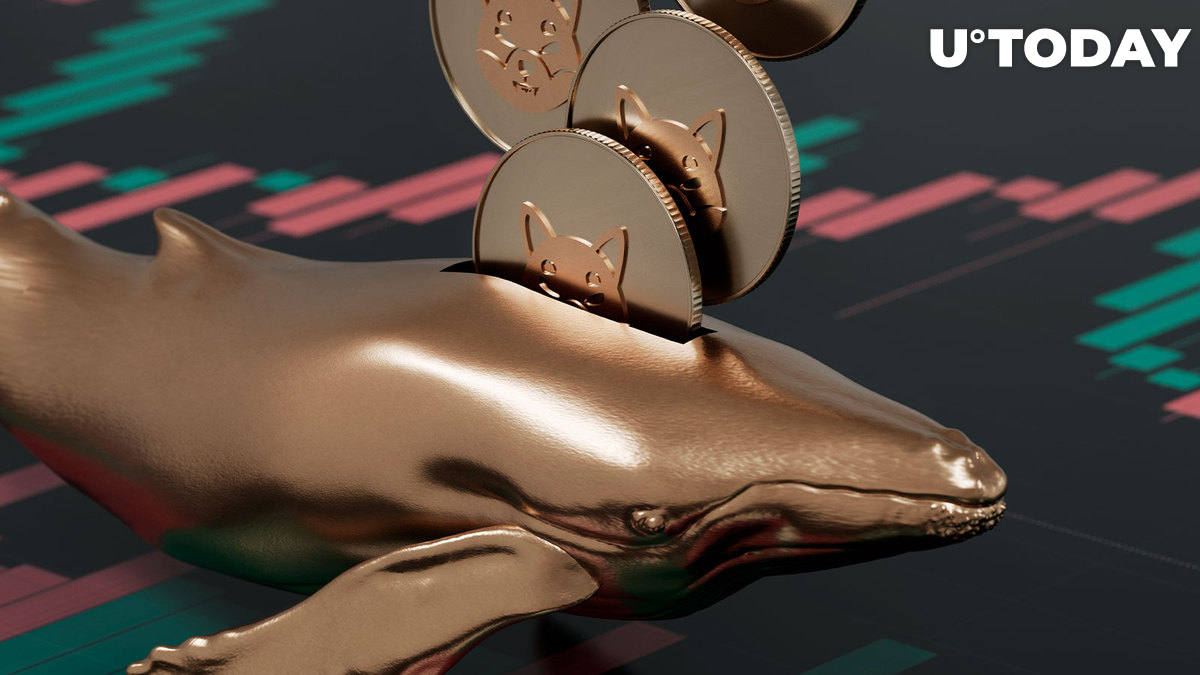 Over the past 24 hours, they have bought another massive lump of SHIB, a total of $57 million worth of SHIB over the weekend.

According to data provided by the WhaleStats team, the top 100 investors who hold Ethereum-based coins, have bought roughly $24 million worth of SHIB since Sunday. By now, a total of $202,286,128 in the second largest canine token has settled in their addresses.

Per a tweet published on Sunday by WhaleStats, back then, the whales held $178,686,986 in Shiba Inu. On Sunday, SHIB even managed to recapture first place on the top 10 asset list. By now, though, the meme token has dropped down to the fourth position. USDC and USDT stablecoins are sitting in the first two spots.

On Saturday, U.Today reported that, since Friday, the whales had acquired $33 million worth of SHIB, which means that overall, over the weekend, they have increased their Shiba stash by a $57 million equivalent.

According to data shared by Santiment, over the weekend, Shiba Inu demonstrated a serious spike in the number of transactions. Thus, the network witnessed 430 SHIB transfers worth more than $100,000.

Related
Bitcoin May Test Support Below $10,000 Due to This Pattern Forming: Peter Schiff

As reported by U.Today earlier, the count of SHIB followers has exceeded that of Dogecoin, the original meme digital currency. At the time of this writing, SHIB has 3.44 million Twitter followers versus 3.43 million who follow the Dogecoin account.

The Shiba Inu account has thanked the SHIB army, calling it "the best community ever" to celebrate this new major milestone.

Per FollowerAudit, the accounts of both canine coins have roughly 10% fake accounts among their followers. For SHIB, this amount totals 10%, while for Dogecoin it is 8.7%.

Another milestone for SHIB achieved

Aside from this milestone, SHIB expands the number of platforms that offer their clients SHIB-based trading pairs. The most recent exchange that has added SHIB is BlueBit.io based in St. Vincent and the Grenadines. This platform was founded in early 2022.

On Aug. 7, the official account of this exchange asked its followers whether they wanted to see Shiba Inu listed there.