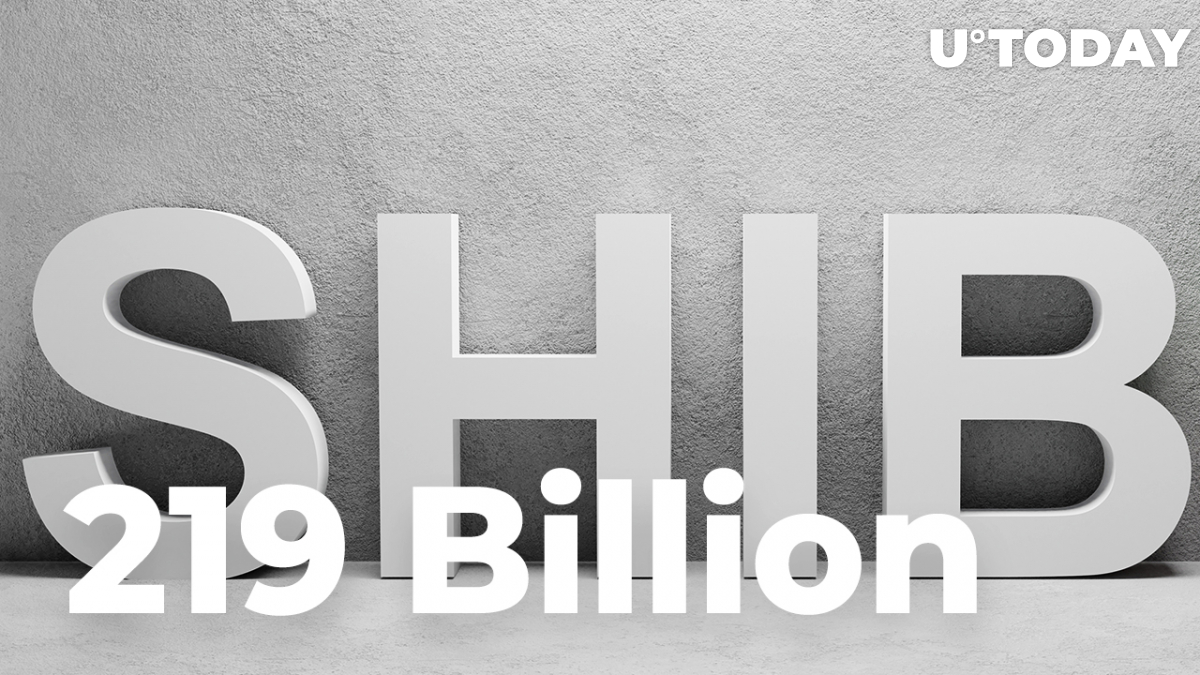 Ethereum investor "BlueWhale0073" continues scooping up Shiba Inu, purchasing the meme token in the billions. His most recent purchase of the canine cryptocurrency was almost 5x bigger than the one made last week.

However, the whale has already sold the majority of the SHIB tokens he purchased in this massive buy. The transaction page shows that the "BlueWhale0073" wallet now holds less than a billion Shiba Inu—906,808,367.54 tokens worth $22,010.

The page of the wallet also shows that SHIB constitutes the biggest part of the inflowing and outflowing crypto: over 90% of it.

The owner of the "BlueWhale0073" wallet is among the biggest SHIB buyers this month. As U.Today covered earlier, between April 10 and April 23, this whale acquired over 2 trillion Shiba Inu.

However, this is not the only crypto investor who has been buying Shiba recently. On April 25, whale “Bombur” (named after a dwarf character in Tolkien's iconic fairy tale "The Hobbit: There and Back Again") grabbed 52 billion SHIB valued at $1,178,967.

On Monday, Shiba Inu demonstrated a rise of 10.09% on the Binance exchange. The price surge of the meme token followed the massive increase of Dogecoin, which soared after reports came out that Twitter was likely to accept Elon Musk's $43 billion bid next Monday.

On this news, the original meme coin spiked over 13% just minutes after the first reports came out. Later that day, Musk's purchase of Twitter was officially confirmed, and the coin's increase continued.

Unlike Dogecoin, SHIB has already lost a portion of yesterday's profits, now exchanging hands at the $0.00002443 level.